A Laugh A Day?

A Laugh A Day?
While pursuing perfection?

Entering the store without a face mask requires us to take your temperature. Ps. We only have rectal thermometers. Choose wisely.

A guy walks into the Fiddlershop music store and wants to buy a "real" instrument. Pierre seeing the guy deep in thought, comes to his help.

P: "Hi sir, are we looking at something in particular?"

D: "Yeah! I'll take the white accordion in the corner." then he points at something resting on a column behind the counter "Oh! And the red trumpet right there."

The guy puffs his chest and nods his head, grinning broadly.

Pierre takes his slowest, gentlest tone and says: " Well, here's the deal, I can sell you the fire extinguisher for a hundred bucks. But the radiator can't go..."

This is much more of a piano joke than a strings joke, but...

At least he was on the last note--

SharonC - That was a close call!

Could've been so much worse... guess orchestras need  to add a sign that says "Warning - Watch for Falling Bows" along with this one - 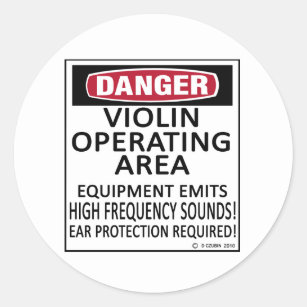 I used to have a similar sign on my bedroom door (where I practice).

So... funny that you mention it... my one most embarrassing moment on stage involved accidentally throwing my bow in the air. In a semi-professional orchestra in front of a paying audience of over 700. It was in the last movement of Tchaikovsky's 5th Symphony.

For those not familiar with orchestra conventions, the inside player on each stand (the one farther from the audience) typically turns pages. If there isn't a long enough rest, the inside player stops playing in order to turn the page and allow the outside player to continue playing without interruption. The outside player usually memorizes a measure or two after the page turn, but depends on the inside player to turn the page quickly enough. In that concert I was seated inside for the first time in two or three years, and had just been moved from outside to inside a week before the concert because of someone else's absence, so I wasn't entirely used to being the one turning pages.

During the concert, there was a page turn with no convenient rest before or after, and I realized it was coming up only at the last second, so instead of either using my left hand or putting down my bow, I reached out with bow in hand and turned the page as quickly as I could. In the process, I accidentally threw my bow straight up in the air, and my stand partner and I just stopped playing for a second or two and stared at the bow flying up to about five feet above our heads. Fortunately it went almost straight up and straight down, so I could try to reach out and catch it on its way down -- but I fumbled it and it clattered into the music stand before I was able to get hold of it.

There isn't (to my knowledge) a video of our performance, but there is a concert video of the Detroit Symphony that shows the exact page turn where it happened, as they were using the same edition and there happens to be a wide-angle shot of the orchestra at that moment. You can see the viola section turning pages between 43:37 and 43:41 of this video. The link should go directly to a few seconds before that page turn. Just picture one violist throwing a bow in the air at that point.

Actually this isn't so funny, because this is what I'm feeling with my daughter just now. 😔
It has been so long time without real live lessons, that she isn't really motivated to play just now. 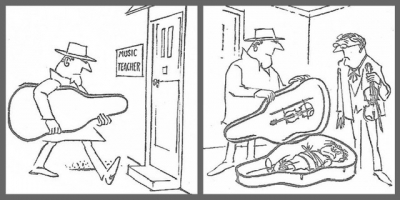 Please forgive me for laughing!

Actually, I hope you can help her maybe find some new music to try - might be motivational.

I wish I could help her somehow, but 12 years old doesn’t always want to listen her mom... 🙄
There was supposed to be a music camp in this summer, and she was excited to go and make new friends. But covid-19 of course ruined that and it was cancelled.
I think the camp would have been really great opportunity for her to find her motivation, because friends are so important for her. If some of her friends plays, she will do it too.

Ilona - this year is very hard for children (not glued to the internet) to make friends!  My oldest Granddaughter will be 8 this month - she is lucky to have 5 siblings, but it's still not the same thing.

When it comes to practicing, it would be great if all kids would think like this - 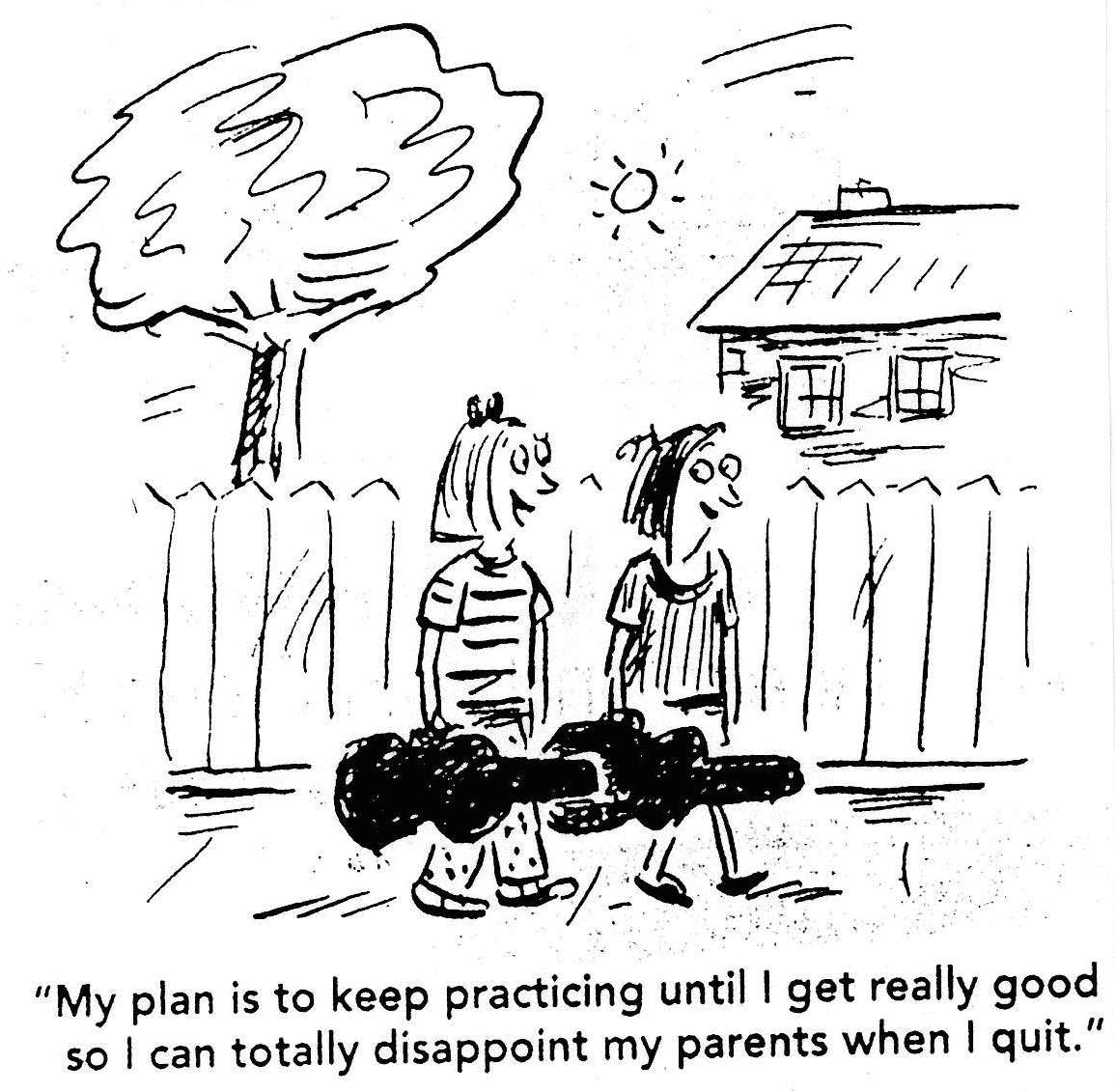 Your Daughter is at a great age to learn!  Does she have pets?  Teach her to knit or play games you enjoy?  Maybe ask her to talk to you with her music? 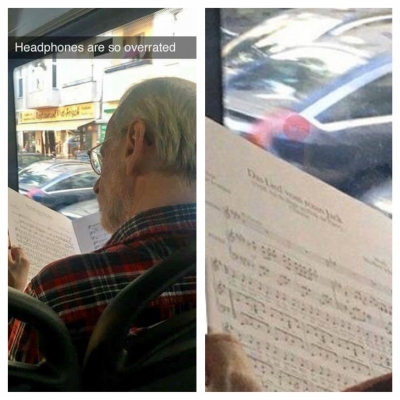 I Googled it briefly the other day but didn't see anything obvious. I suppose it may be Brecht/Weill.

There's someone on vcom who wants to switch from violin to dentistry, so I suggested that, as Beethoven was decomposing, they fancied descaling.

Didn't get a single lol.

Gordon Shumway said
There's someone on vcom who wants to switch from violin to dentistry, so I suggested that, as Beethoven was decomposing, they fancied descaling.

Didn't get a single lol.

I got the sense it was supposed to be a joke, but I honestly don't get it.

Descaling is perhaps called polishing in America? Abrading the scale from your teeth.

Maybe only dental hygienists do it in America.

Gordon Shumway said
Descaling is perhaps called polishing in America? Abrading the scale from your teeth.

Maybe only dental hygienists do it in America.

Not sure what the US term is. Definitely not descaling.

The only meanings of "descaling" that I've ever encountered are: 1) removing scales from fish, and 2) removing mineral deposits from pipes and other surfaces that are in contact with water.

The thing about v.com is that there seem to be few active British members. You might be the most active one. The members who are not Americans are mostly not native English speakers.

I'm still caught up on why anyone needs to switch from violin to dentistry?

I'm still caught up on why anyone needs to switch from violin to dentistry?

As a career. This person is currently in an elite conservatory but having second thoughts about a music career in light of the pandemic.