Just saw this thread. I could choose to allow tif files but they do require a lot of space. Not sure I want to do that. The files that are uploaded here are probably going to be around for a LONG LONG time.

Damn, still doesn't seem to work. You did restart the computer ?

merde! your right, wtw. Just looked at my last upload in Chrome and got alphabet soup.

This is totally weird. Doesn't work with anything but Safari on my mac (not Firefox, not Chrome). But it does work with Chrome on my phone. Go figure.

EDIT : Also it still shows as tiff in the source, and downloads as a tiff image. Seems the terminal thing just didn't work then. If it's still tiff, uploading instead of pasting won't work either. 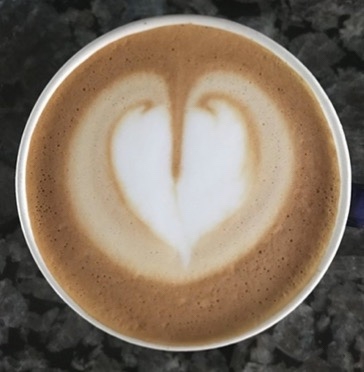 All fine here from both Chrome and Firefox. So I guess when you copy and paste, it's still tiff, but it's when you save it to your computer that it makes a jpeg out of it.

Well, maybe. Not sure about anything there.

I hear what you say @Fiddlerman / Pierre - and what we spoke about on the chat - but - surely there IS a limit on the file-size for an upload - be it an image or anything else - hang on let me try this - gonna try to post a "large" .jpg from my phone - let's see what happens - and yes - even the .jpg at over 8Mbytes (and some jpgs from the camera exceeds 15 MBytes) is actually already "compressed" ( and .tif files are NOT compressed, and would be up to 2 or 3 times larger for the same (alleged) resolution ) - hang on till I find one ( yes, I usually reformat images from my phone when uploaded to lappy - why take up 10MBytes++ when I can see it all perfectly in a 13" screen with a fraction of the disk-space used...... pointless waste of space unless it is something really special) - I RARELY require the ultra-hi-def the "smart-phones" supposedly provide ) -

THAT file was from my camera, when I hosted The Traveler - it is already 8Mbytes, as you can tell from the report when I tried to post it - the post failed, the file was too big.....  The 8 MBytes in the report above, came from the resolution (allegedly) of the camera imaging system when the image was taken ( I don't actually believe it is really THAT good - but - bigger numbers I suppose mean better sales because "bigger (and more expensive) is always better" hmmm ... Aye, right...).

Now, had it been a .tiff format - that very same file would have been 3 times ( at least ) larger ( .tif is uncompressed, and allegedly "lossless" ) - but - .jpg is compressed, a bit like .mp3 digital audio and .mp4 video - it's compressed, and, to some extent the detail is "not all there" LOL ) - BUT - some .jpg files, in spite of compression via the JPEG format, can be HUGE, depending on the resolution of the camera or capturing device.

So... where I'm heading with this is - that - IF .tif' file uploads were to be permitted - we could still set the upload-file-size limit to 2Mbytes.

End of story - of course - I DID eventually post that image of when I hosted The Traveler - but - I HAD to resize it before it could be accepted, even as a .jpg ( my point being - same rule would apply to .tif ) - and here it is - same .jpg image that failed to upload earlier, resized to a "sensible" size - hang on - here it is - 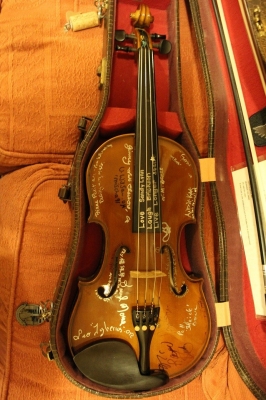 Hmmm, anyway Pierre, just thoughts - if .tif can be allowed, then, let the same rule apply - if the attempted upload is greater than 2MByte - well - the sender will just have to resize it, as we all have to do already (when necessary) I assume...

... please tell me you see a cup of coffee

Well, I guess some would call that coffee, but if it's mine it not black enough!

Thanks Bob... yeah, I do drink my coffee like a warm, beige milkshake.

(1) you just said you actually used the Attachments button - but what I'm still curious about is how you originally posted ?    In an effort to find out, I've tried using drag-drop of an image into the actual post (not in the Attachments page - I mean directly to the post) - but that doesn't work (well, not here).

(2) this .jpg of the coffee - was it always a .jpg - or did you convert it from .tif or whatever before uploading ?

1) Yes, until the cappuccino pic this morning where I used the "Attachments" button, I've always just pasted my clipboard straight into the message field. Seems it's shows up as an image here only to others using Safari. I tried doing the same in Chrome and couldn't get anything to paste at all.

2) @wtw hypothesized on page one of this thread that my "Screenshot" default was set to .tif so she sent me this link which describes how to change the save default to .jpg
https://www.macworld.co.uk/how.....-3448249-7
That worked out suppi... thanks again, wtw.

Ahhh, Thank You Holly - yeah I get it now (how the "paste" worked - well, it didn't of course

but you know what I mean.  Yeah, I can't do that type of operation here with my current clipboard settings)

Thanks for following up, @BillyG

When you're not trying to help me out with my computer tech problems, are you finding any time to get out and do some pre-Christmas busking?

@bocalholy - I'm actually away from home working (although I'm supposedly retired!) - and - because of the distance involved (close on 700 miles) it's usually pointless "going home for the weekend" (although I have managed an occasional longer break).  Anyway - I have a fiddle with me, and the hotel management here, have kindly allowed me to practice and play in their storeroom/basement.   I sometimes get a small audience of kitchen staff, waiters and porters

It will all be over by the 20th, at the very latest - and hopefully earlier if I can arrange it - and after that - they're on their own!

700 miles, yikes, that puts you either down on the southern tip of England or swimming around in the north Atlantic somewhere. Oh, wait, no basements in the ocean

I bet the kitchen staff is super happy! Glad you're still in demand... and not just by your fans here on the forum

LOL - yeah - the price I pay for living in the far north wilderness (well, almost) of Scotland.   The company is on the island of Jersey ( which is a strange place, it has a large degree of autonomy in its legislative affairs etc, but, it is still a "part" of the UK ) - technically and constitutionally, it is a "Crown Dependency" - and is actually nearer to France than to the UK mainland !

With two interconnecting flights, car travel and hire car - you can easily lose the best part of a day getting there from home...  I must be crazy.. ( well, we all know that already - and besides - just look at the people on the forum .... fiddle music ?  classical violin ?  What ? - we all need professional help..  hahah j/k

I see the cup!

I can see the coffee Holly ?

Time to drink it now !