There is a HUGE Celtic Music Festival held every year in Lorient, France - a seaport town in Brittany!  This year was the 5th thru the 14th of August - MORE THAN A WEEK full of music events, parades, dance & music competitions!

I watched some of the highlights last night - there's Fiddlers, just not out in the parades...  🤣  GREAT look at the Folk dances of Brittany (Breton) for Fiddlers.

This video links a bunch of little snippets for a feeling of the Festival - with some great music!

Here's a feel for the Festival throughout the streets/outside of the main events! 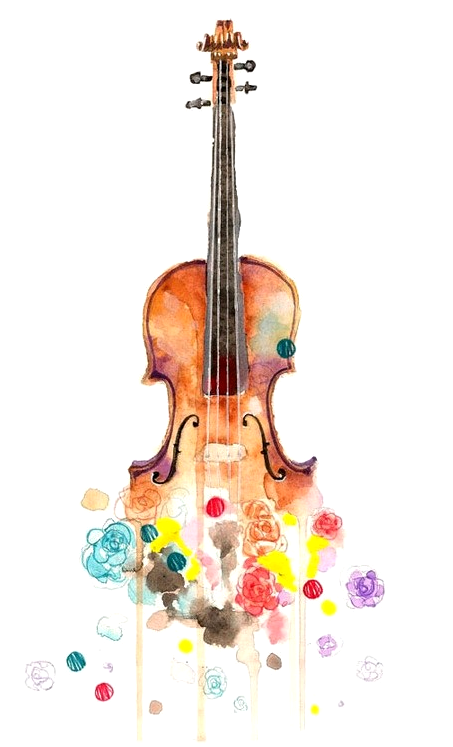 The Festival Interceltique de Lorient was born from the desire of it's founders to contribut to the development of Breton music and culture but also to open up to the nations of Celtic settlement: Scotland, Wales, Cornwall, the Isle of Man, Ireland, Galicia, Asturias, and all diaspras: Acadia, Argentina, Australia, Mexico... Lorient, Interceltic Capital!  An unmissable event for contemporary expressions of Celtic Countries, the Festival Intercetique de Lorient offers every year concerts, cultural and artistic events, conferences, exhibitions, bagpipes, an inter-Celtic market, a garden of arts and luthiers...

...planning to travel next year?  Maybe consider Lorient as part of your destination!

pretty cool...ill have to pencil that in for much later though.  but looks cool.

That looks very interesting, don’t know why they have Cornwall down as a nation though, it’s part of England and no more Celtic than Wigan, the celts settled right across England, the area were I live right now was originally inhabited by the Brigantes, as far as I know there were never any Celts in Scotland it was inhabited by the Picts, who came from scythia, a few Irish migrated to Scotland in about the 9th century but that’s it. Celtic tribes across England were many, the Silures Ordovicis Iceni to name a few, the Gaelic language died out in England and was replaced by Saxon and Norse and then French before it evolved into what is now English. The Cornish Gaelic lasted longer, and a form exists to the present day but they are no more Celtic than anywhere else in England. Most modern day Scots are of Nordic descent, no idea were this Celtic country thing came from. The original Celts migrated from Southern Spain and may have come from Morocco, Halstadt Celts came from Austria a lot from around the modern Salzburg, so Austria should also be on the list of Celtic countries. my missus brother speaks Gaelic and lives in London, so maybe London should be added to the list

I was surprised when I saw that reference to Cornwall, too.

First, I just thought possible quirks of google translate, but then I saw all the references to a Cornwall/Celtic connection listed at Wikipedia (which you can always dispute at the site).

I'm sure it could also be a marketing ploy... but looks like some people might be trying to keep some remote traditions alive. 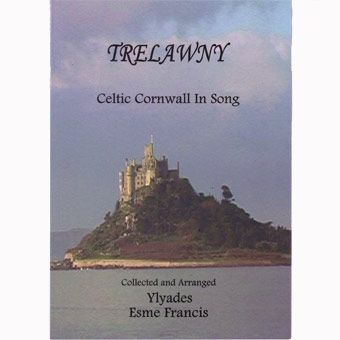 kThe Cornish like to think of thereselves as a seperate nation for some odd reason, even though they were one of the first to collapse to the romans who wanted the tin, like I said the only difference between Cornwall and the rest of the country is that the language died out in Celtic England, its like the music itself which evolved in all the so called Celtic nations, originating in around the 14 century well after every celt was dead and gone, so all the traditions actually are only about 6 hundred years old and nothing whatever to do with Celts, in fact no one has any idea what Celtic music sounded like at all, for instance the burun only appeared in Ireland around 150  years ago, the bouzouki only in the 60s but they are now considered part of Irish music, the celts as I say had nothing at all to do with Scotland, no one knows what music the scottii or the picts played  (hadriens wall was built to keep the Picts out of England)if any.

scots bag pipes for instance came from the middle east, in about 1400. The fact that Irish trad music is played all over Liverpool should make Liverpool a celtic region just as the Cornish, but for some reason it doesnt, and the scousers dont care one iota, unlike the Cornish they have no identity crisis and dont try to be something they are not. in fact liverpool, in Ireland is considered an Irish city because so many Irish moved and live there  the same as my own family did, same with Manchester as well. It really annoys me the idea that music belongs to a specific group of people who want to consider themselves unique, music belongs to everyone, its a human invention, I have listened to bluegrass bands in places like lisbon, doesnt make the music any less blue grass, because portugese are playing it. As for wales being Celtic, if you ever go to north wales as far down as wrexham the only accent you will hear is Scouse.

For me music doesnt have borders or boundaries it belongs to everyone who plays it, dont care if they are breton or new brighton.

This vid may amuse you this is the scouse regional accent, heavily influenced by gaelic because the city is esentially  Irish and norse, and is the accent you will hear in North wales, its the only vid I could find that others may actually understand without translation, quite amusing.

Theres a real strong accent at 128 in

I'm not an authority, but I think dialect is a different story... we have over 30 here in the USA.

Cornish (along with Welsh & Breton) is a revived Brittonic language (not a dialect) - a subdivision of Celtic.

MHO - I don't see anything negative about promoting the broad genre of 'Celtic' music through this Festival Interceltique Lorient, including the music from Cornwall.

Botton line - they have music to offer & it's a GREAT way to get people exposed to some wonderful music... we can all benefit!

Again, if anyone has the opportunity to attend next year's Festival - PLEASE consider it.  Festivals like this offer a chance to experience & learn more about wonderful fiddle music, in an enthusiastic/supportive & FUN environment!

Framework Convention for the Protection of National Minorities (FCNM)

🤔... something about this tune, I couldn't resist trying it tonight - "Leaving Brittany"!  Need to work on it more - it's a 'keeper'! 🤗  Turns out Johnny Cunningham (Scotland) wrote this waltz as he was leaving Brittany!  Leaving Brittany - Sheet Music

Pretty cool when a place inspires someone to create such a great tune!

I like a lot of their music but it's hard to find tunes of theirs that are just instrumental.

"Réel de Louis" - almost all instrumental - will have your feet tapping!

They've recorded many more great tunes, but if you're trying to get motivated today - "I Rim Bo Ro" might just do the trick! 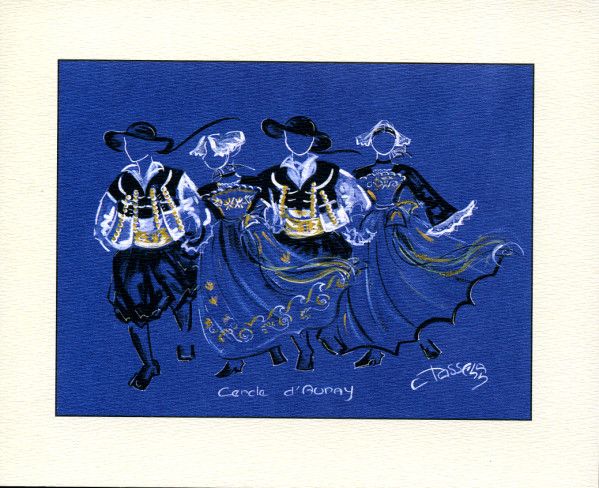 If you want really good folk music from all regions of the world including Ireland Scotland Wales and countries in Africa and the Middle East the place to go is Cambridge folk festival, all genres of folk music are covered, from Irish fiddle styles to Moroccan ode. and some great bluegrass players, as well.

Thank you, but this thread is under the heading of "French Music Styles", so trying to keep the focus on Brittany's music & the Celtic influence on it..

ELCBK said
🤔... something about this tune, I couldn't resist trying it tonight - "Leaving Brittany"!  Need to work on it more - it's a 'keeper'! 🤗  Turns out Johnny Cunningham (Scotland) wrote this waltz as he was leaving Brittany!  Leaving Brittany - Sheet Music

Pretty cool when a place inspires someone to create such a great tune!

Leaving Brittany is one if those tunes Ive had "collected" as pandora calls it for a while.  cool tune!

Are you too tied up with "Farewell to Whalley Range" to try "Leaving Brittany" right now?

The video is in Dm, and it's a little different than the 1st score at the session.

I thought I had the A part & repeat down with the rolls (only at .4 speed 😆), but now I'm sure I hear where he catches a double stop in there near the end.  Guess I'm going to have to keep creepin' along at my snail's pace, just to make sure I'm not missing anything else. 🙄

It's a nice challenge!

Are you too tied up with "Farewell to Whalley Range" to try "Leaving Brittany" right now?

The video is in Dm, and it's a little different than the 1st score at the session.

I thought I had the A part & repeat down with the rolls (only at .4 speed 😆), but now I'm sure I hear where he catches a double stop in there near the end.  Guess I'm going to have to keep creepin' along at my snail's pace, just to make sure I'm not missing anything else. 🙄

It's a nice challenge!

Ive had it on "the list" but forgot about till you posted and havent tried it yet.  Ill bump it up on the practice list..

I think I'll be a bit obsessed with it for a while - looping it while I type. 🤭🤫

Another one that isn't too hard-core punk!

"Violins and Hammers For Ever" 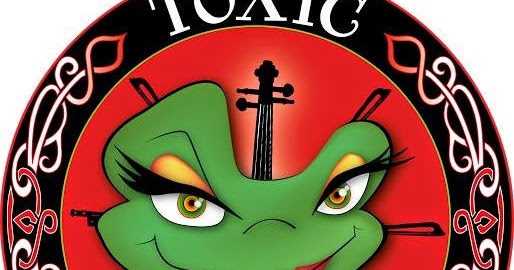 I'd give anything to be able to get in on this dancing & the music is GREAT - looks like they are having so much fun!

Was just thinking how great it would be to adopt some of these dances for a Thanksgiving Holiday celebration!  ...oh, if only I were younger. 🙄

Jamie Laval (Scotland) recently posted a wonderful new composition inspired by the village dance music of Brittany - "Danses de Bretagne - Dans Plinn"!  Thought this would be a good place for it AND, it includes VIOLA!  Dr. Mark Neumann is a Canadian violist - he's also the Professor of Music (Viola) at University of Oklahoma School of Music... in case you're thinking of a school!

WHAT IS DANS PLINN?  There is talk about "Dans Plinn" at The Session

OK, Dans Plinn is a dance of Central upper Britanny, which is a Bretonnante Part of Britanny, where people speak Breton (Irish equivalent : Keltach [Celtic] area), which as you know has nothing to do with French at all but is closed [r] to Welsh or Cornish.