Rhythm, Harmony & a little improv at the right moments!

I like this group, Carafea - playing "CUANDO VUELVO A CATAMARCA".

There's only one Fiddler among them, but he shines in this Chacarera!

"Ella", from Canto del Alma - another group with a great Fiddler that plays trad folk music.

So, turns out I had to modify my 1st post, because the origin of the TANGO was actually an area that borders Argentina AND Uruguay - so both Countries lay claim to it!

Uruguay shares much more of Argentina's music, so unless I find something extremely unique to Uruguay, I'll include them here.

There are SEVENTEEN different styles of TANGO!

Milonga IS considered one of the styles of Tango (see post #2-5).

Some styles use an extremely close embrace and some are much more open.  Tango has a wonderful, rich history - way too much for me to paraphrase here.  More:

Probably the most famous Tango, "La Cumparsita" started as a March (1916) - written by Uruguayan composer, Gerardo Matos Rodriguez.  It was morphed with parts from a few other pieces & tangos, by Roberto Firpo and recorded.  Several years later, it finally became famous after Enrique Maroni and Pascual Contursi wrote lyrics for it.

From the 2015 Ann Arbor Observer (Michigan):

Both [Henrik & Martin] earned doctorates from the U-M School of Music and are highly trained classical musicians, with plenty of cred in that world. But both have also long moved in other circles. Torch-Ishii was a member of the cello rock band Break of Reality, and Karapetyan played with the folk-gypsy band Orpheum Bell.

Each of these videos has a little different info.

She also talks about phrasing techniques - Fraseo, a sort of unwritten rubato, Arrabatado, where rhythms are rushed, but the time never made up, Open & Closed phrasing.

"El Choclo" - A. Villoldo, Tango for Violin and Cello.  Arranged by Duo-B, Violinist Hirono Sugimoto and Cellist Philip Borter.  According to Wiki, Ángel Gregorio Villoldo Arroyo "was one of the pioneers of Tango music". 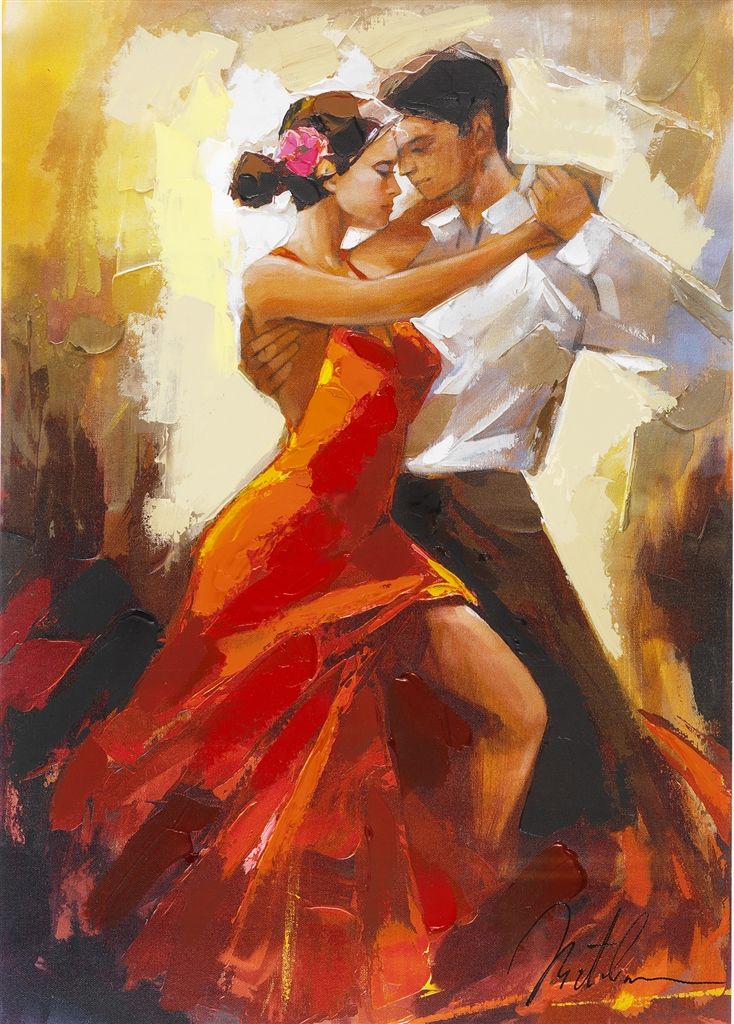 From Wikipedia, about Astor Piazzolla:

His works revolutionized the traditional tango into a new style termed nuevo tango, incorporating elements from jazz and classical music.

The quintet of bandoneon, violin, piano, electric guitar and double bass was Piazzolla's preferred setup on two extended occasions during his career, and most critics consider it to be the most successful instrumentation for his works.

...Piazzolla consistently experimented with other musical forms and instrumental combinations.

In the 1980s Piazzolla was wealthy enough, for the first time, to become relatively autonomous artistically, and wrote some of his most ambitious multi-movement works. [The History of The Tango]

"Libertango" - Astor Piazzolla, don't know who the solo violinist is, but the orchestra is The Moscow City Symphony.  There are other videos of violinists playing this, but these dancers make it understandable.

Guillem Calvo does a nice Tutorial (showing all the shifting) for an "El Choclo" arrangment by Norman Taylor.

Here is a play-along with this "El Choclo" by Angel Villoldo (Benny Chu).

"El Choclo" with double stops!  Eva Alexandrian has sheet music available and a version for 2 violins!

The Pampas is the vast lowland area of Argentina & Uruguay.

It was quite a while ago, but don't know how I missed this, from Los Paddys de las Pampas, in your Irish thread Los Paddy's - Irish Rumba!  I LOVE THIS!

Los Paddys de las Pampas is a musical group that explores Irish music as a form of identity and exchange in Ireland and South America. The group was formed in January 2012 and has 9 members and counting: Paddy Mulcahy, Tessa O’Connor, Sean O’Brien, Adam Shapiro and Paddy Egan, Eddy Guilloteau, Angelo Heart, Tommy Nelson and James Shepperd – many of whom play traditional Irish music in County Clare and some of whom have a background in ethno-musicology.