Celtic/Cape Breton Music Over-run With Critters!
Might as well catch one & play it!

Must've been dinner time - Googly was hungry for BBQ.

.thank you for seeing the humor there!!  🤣  bbq..now im hungry and havent decided on supper yet.   sounds like a plan.  lol

So, this fowl tune is just 'Ducky'!

Ducks On THe Pond - Barndance in A dorian

Like this version of "Ducks On The Pond", played by The Henry Girls and The Fox Hunt - Irish, then a little Country mixed in!

I did find a tune called "Duck In The Pond". 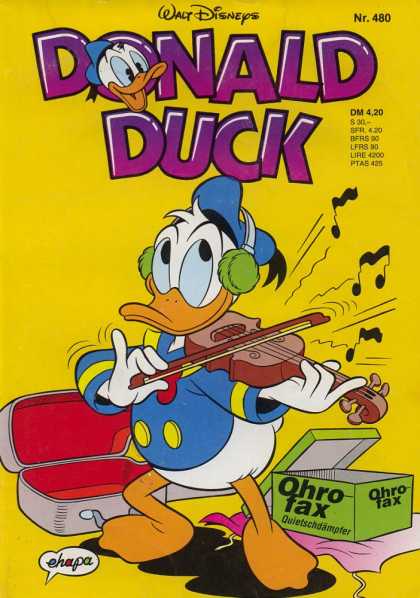 I feel pretty stupid for overlooking Lora Staples at Red Desert Violin, cause she plays thesession.org version of "Ducks On The Pond" - slow, medium AND fast (which isn't very fast)! 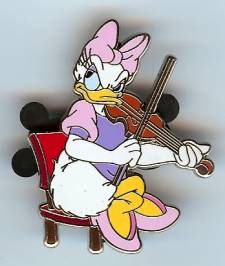 @elcbk ill put this one here for now because.. well.. fox in the name.  If you havent tried this one its a must.  sounds great slow..sliding those f#'s at the begining of the A part sounds cool..  and even though its in D the Descending straight down the G scale in the beginning of the C part gives it a neat sound.  linked the flute because of ornaments.  these tunes played on flute are an easy listen.  no i havent attempted playing mine anymore.  Jim Dunleavy you need to try this one on flute!

Is that the kind of flute you have?

This is my favorite Tutorial for this Foxhunter's Slip Jig - by Duncan Cameron!

Sure hope you're doing okay & pop in here once in a while!

Love your version of "Foxhunter's Reel"!

Some fiddler’s re-tune their instrument for this tune: AEAE. James Kelly and Sean Keane have both recorded it this way.

From the video description:

This version of a song tune known in England as "The Little Red Fox" describes the hunt meeting, the search, then the chase, until at last the fox is run to earth and one hears the plaintive death scream. The hunt comes jogging home to a 12/8 tune known in Ireland as "The Fox Hunter's Jig." 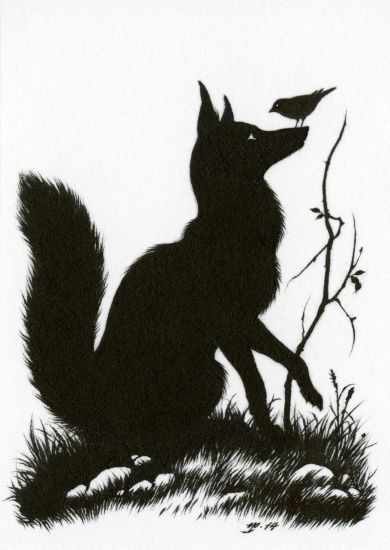 ...don't know why the Fox tunes haven't been posted here, before!

You had to get me goin' on the bunnies...

From Fidil, "The Hare and The Hounds":

VERY cool set from Cillian Vallely, "The Dead Rabbit: Clifton Road Jig / The Dead Rabbit" - Jeremy Kittel is playing the fiddle in this:

You had to get me goin' on the bunnies...

From Fidil, "The Hare and The Hounds":

always humbling and good to hear how it played by some pros 😉!  That was great! and very well arranged.

actually a little before 3:16 that whole firat part told a story didnt it? 🙂

Yeah, you know the hounds are doing something 1st, around 1:20 - was originally going to post this by John Doherty, but the music really does a great job of story-telling.

John Doherty plays The Hare and the Hounds

Thought some of the other 'hunt' tunes might have similar structure, but then there's "Hunt The Squirrel", which doesn't sound anything 'hunt', or 'squirrely' to me (Martin Hayes also plays this).

I REALLY love this bunny tune, "The Hare in The Corn"!  I believe they are playing several GREAT versions here (think I also hear "The Hare In The Corn #2", aka. The Old Hag in The Corner) by Asgards:

Versions of sheet music at thesession.org:

The Hare in The Corn - Sheet music

Found this rather obscure tune (LOVE IT!) from Kíla, "And Fox Ate Nandy's Red Shoe" - a VERY COOL reel (but the sheet music doesn't capture the feel).

Starts here at approx 53 minutes in:

Stumbled upon a tune Michael Kelly composed, about a year ago.

Changes from Em → to Bm in the 2nd part!

"The Missing Cat Reel", don't miss the story that goes with it!

Don't think we've got these 2 Liz Carroll tunes posted, yet.

"The Wolf" & "The Duck" (ThreeTimesThrough)

Here's and interview with Liz Carroll, where she talks "The Wolf" and "The Duck" - how she came about composing them (Tuneful Journeys).

Also don't think these have been posted.

Settin' you up here with a tutorial for "Otter's Holt" from Duncan Cameron!

thank you though!  we'll see how it sounds.   got another ahead of it.  lettin my ears rest b4 sharing though. 🤣

"The Otter's Pool" is a Mazurka - played here by Cantiga (Max Dyer).  Sheet music at thesession.org

Check out Frank Ferrel - well known Fiddler in Maine, plays New England Down East, Cape Breton, PEI, Maritime, Acadian & Contra Dance Music. I took a couple workshops of Frank's last year at Fiddle Hell - they were excellent and he provides this sheet music (and others) for free, but also sells some GREAT books & recordings on Northern New England Fiddling!

I happened upon this CRITTER Tune "The Bugland" at Frank Ferrel's site (where you can hear the midi) & I've definitely taken a fancy to it!

Got my eye on the "Beare Island Reel" by Finbar O'Dwyer - Tutorial by Duncan Cameron. 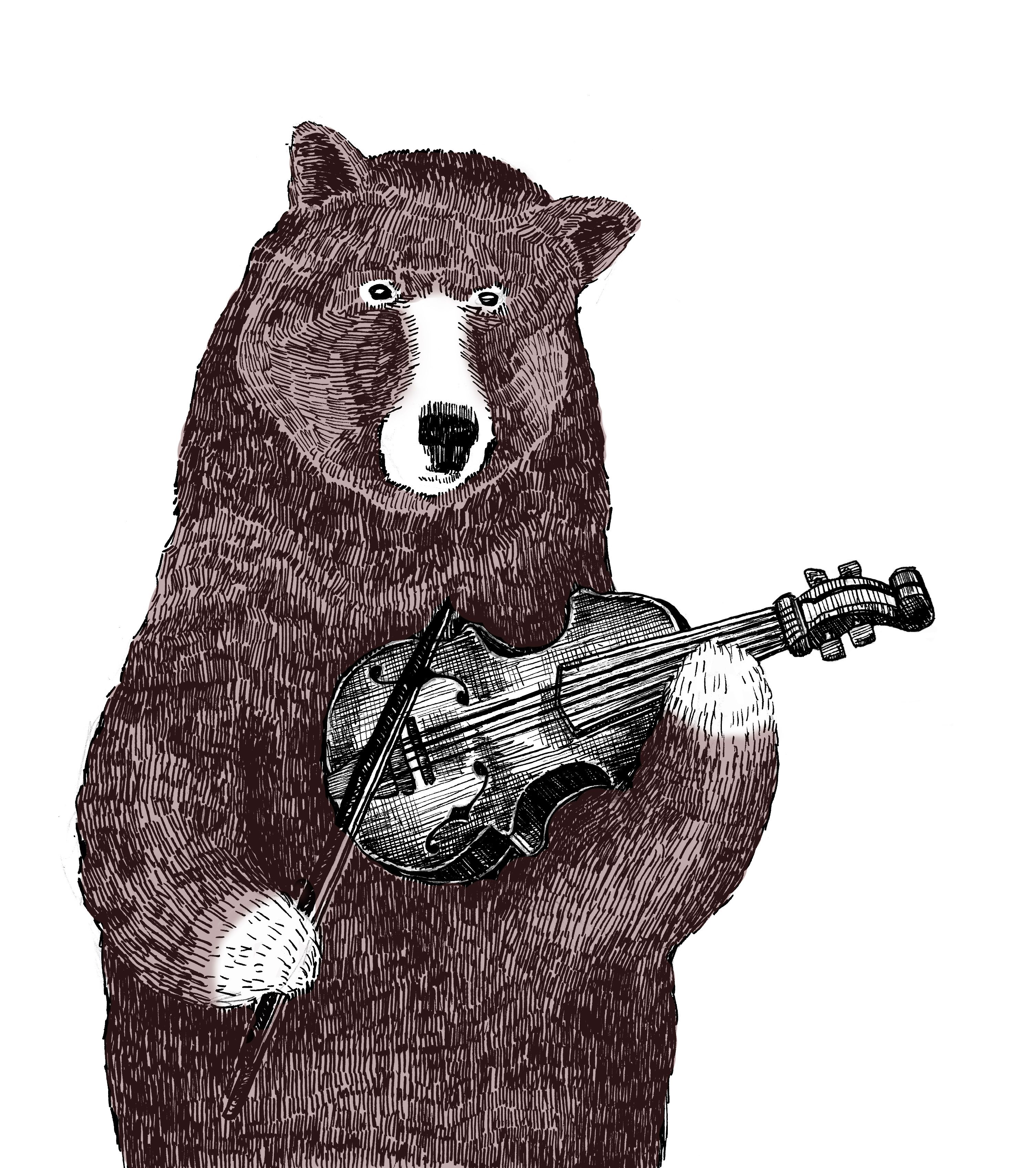 ...thars bars in them thar woods.

@ELCBK Thank you. He enjoys Mazurkas actually. We had a chance to talk to Doug Protsik(the director of the Maine Fiddle Camp)after he played at the Benton fiddler Festival and he was great with Thomas, telling him and showing him fiddlin tunes and getting us started on the right path to learning the type of music that he likes.

@ELCBK Thank you. He enjoys Mazurkas actually. We had a chance to talk to Doug Protsik(the director of the Maine Fiddle Camp)after he played at the Benton fiddler Festival and he was great with Thomas, telling him and showing him fiddlin tunes and getting us started on the right path to learning the type of music that he likes.

Thomas thats the camp i was pointing out in an earlier thread.  so cool you got to meet the director and get some tunes going with him!

not sure what style of fiddlin...type of music he likes in it.. but HIGHLY suggest The Portland Collection series of books to have around.  A group of contra dance muscians in pacific northwest put them together..but..They have very basic transcriptions of tunes and an audio disc so you can hear the tunes AUDIO DISC SEPERATE PURCHASE.  I think youll find the style or flare that the tunes are played will line up with what you have around you guys there.  Not suggesting he needs basic transcriptions. but detailed stuff like in other books gets in the way.  the base melodies are whats important.