Hello!  I have an odd question.  In vaudeville and music hall days, there were reformers billed as “trick violinists.”  Any ideas on what sorts of “tricks” they would have done?  I am writing a story about my grandmothers younger brother who reformed in a trio.  One of the members was an accomplished violinist, but part of his act included “tricks.”  I am trying to imagine what he might have done.  Any ideas?  Thank you!

Thank you!  Yes, I saw that!  One of the reviews I read of my g-uncle’s act said that the violinist could make his violin “talk,” and another said the violinist was a ventriloquist.  This sounds like fun.  There was one other video clip I found of a guy making his violin “sing.”

Would love to hear some other ideas!

And another version of pop goes the weasel

And two-set's response to it

One suspects pop goes the weasel was the only thing Willie Hall ever played.

Maybe they were all one-trick ponies -

This is probably the most famous, doesnt really contain tricks, but I think what was originally meant by tricks was in fact comedy.

If you want to listen to a real trick listen to my playing, I can make a very good violin sound terrible, takes some doing.

This is well worth a read and answers a few questions about music hall and performers who used instruments as part of their acts. 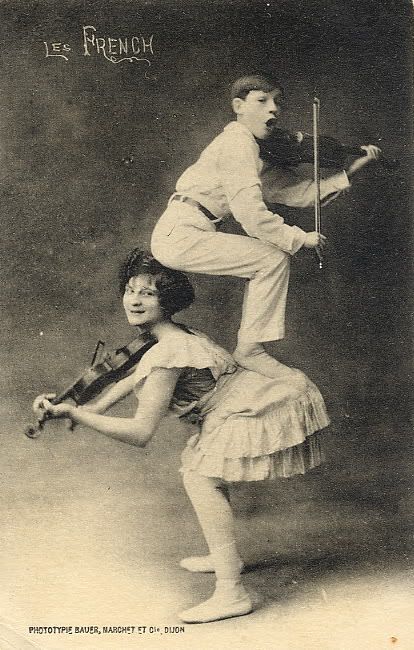 Welcome to the Fiddlerman Forum!

I could've sworn I posted about 'Trick Fiddling' somewhere - maybe I just meant to. (lol)

Anyway, all these are great examples!  Some of these videos, as well as some more modern examples, are scattered throughout The Laugh a Day Thread.

Here's a piece from the 1952 film, "Singin' In The Rain", with Gene Kelly & Donald O'Connor - Hollywood depicting a Vaudeville Act.

If you'd like to try some of these yourself, this video shows you how.

I've seen a video where two violinists finger their own instrument and bow the other's, but I don't know what it was called.

Do you play the violin, or might you be considering it?

'Trick Fiddling' (aka. Novelty Fiddling) is still popular & it is included in some Fiddle Contests!  Thought I already posted something about this, but can't find it now - just in my bookmarks.

Everything Fitz - Novelty Fiddling in Canada! 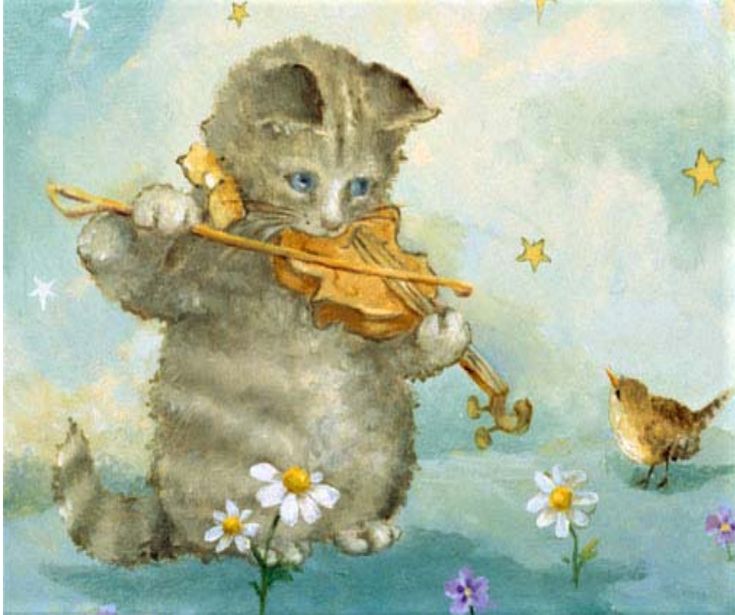 Damn, I searched for trick violin, not trick fiddle!

Wow!   These clips are fantastic.

I don't play the violin, so I can't imagine what they would have done.  From the newspaper clippings I've collected, the violinist in the trio would sometimes play Suppe's Poet and Peasant overture, "dueling" with the music hall orchestra's first violist, make his violin "sing, or make his violin "talk" and provide his half of a ventriloquist comedy bit with the other two members of the group -- one was a singer, and the other a one-legged ragtime dancer.  Imagine trying to meld these three into an 8 minute "turn."

The violinist's name was James Hargreaves.  He came from a very musical family. His two brothers, William and Robert Hargreaves, were composers.  William for the music halls, and Robert later for big bands and movies, including Disney.  When the original early trio broke up, James later performed as "Magini, the trick violinist," from around 1913 - 1940.

Hope you keep us in the back of your mind - be great if you come back to visit us with a fiddle in your hand & ready to learn!

Everyone gets a little fascinated with some of the sound effects you can get on this instrument.

Sebastian (OddViolin) has done some great sound effects on the violin!

@ELCBK This is great. I will show Thomas, he would love it

@ELCBK Nonstop, hahahaha. He is having so much fun trying most of these and doing some on his own as well. Thank you so much. Love seeing him having such fun on the fiddle.

Sebastian has another video of 'instrument' sounds that's fun.  He strums for 'ukulele', only presses the string lightly for 'flute', uses Helicore Octave strings for 'cello', and gotta love the drone for 'bagpipes'!