...really wish I was a perspicacious person - I wouldn't have to wait for some of this stuff to sink in by osmosis, before I understand it!

"How to Practice Syncopated Rhythms on the Violin" - Joy Lee.

Am I right to believe 'Dirty' rhythms are syncopated?

Think he always does a great job explaining things.

What I got from Jason's video - syncopation occurs if I accent between beats.

I understand that... but I'm hearing irregular rhythms with accents ON certain beats, in some tunes - that sounds like syncopation.

This video is a good example of why I'm confused - sounds like syncopation to me (and says it is), but it's not on the 'off-beats'.

😳 Are these tunes using 'off-beats', if not - how do I describe the syncopation I hear?

Sorry, this is starting to driving me crazy - at least I don't have any trouble playing them! 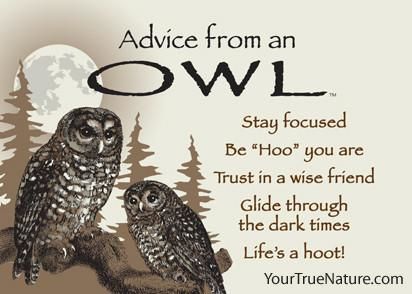 I really appreciate you trying to help me with this.

With what you've done with backing & rhythm instruments, I think you hear all this soooo much better than I can.

I can't tell if I'm possibly hearing music played on the 'off-beat' and I just don't realize it (?)

At this point, I'm not even sure if "syncopated emphasis" is the same thing as "syncopation"... feels like it's a trap.  😖

I'm trying to listen to the Owls!

your questions are the same questions Ive had..and i still dont know if have it sorted out.  Your discussions are great because you give some great tracks to talk about.  I think we tried to copy that groove in freemount.. for fun. 🤪  and it was but it was for that only.

idk though.  I take part in the discussion but its coming from the same place youre at.

if in 4/4 ..you could put emphasis on 1 and 3 OR 2 and 4. Ive seen for example in reels where people say you have to emphasize 1 and 3 and others say 2 and 4.  And I struggle to do either consistantly and end up mixing it up and just playing for better or worse.. I think thats where that first video is helpful.  but isnt that a different subject from syncopation?  Feel like i get in a confusing loop on the subject if think about it too much.

but theres also places between the 1,2,3 and 4 where you have counts that alot of the chopping and strumming and drums come into play.  on the &'s like what Jason was talking about. BUT..if something is clicking along with 1 & 3 being pretty heavy beats and a section gets played where 2&4 suddenly feel stronger..what is that?   franks reel always comes to mind in these talks.  b part ..heavy sounding note on 2& and the 4..makes it cool.

I think we (people) are better at hearing it than explaining it.  Or are we 🤯  ahh..maybe just good to try and play the stuff and let it sort itself out in someway.  Do we have to be able to dissect music properly in a scientific way to enjoy it?  Or can we just be happy playing something as best we can like weve heard others play it?

your questions are the same questions Ive had..and i still dont know if have it sorted out.

Feel like i get in a confusing loop on the subject if think about it too much.

Geez, Strathspeys feel syncopated to me, yet they are just described as having a jagged rhythm.

GROOVE, Syncopated, or discombobulated - if I had MY way, I'd just call them ALL CROOKED... but that term means an uneven number of measures. 😒

YES, I can just be happy playing these tunes!

😖 ...even if I'm not any good at telling people what I like about them.

I know and can say why i like tunes.

And Im not saying one shouldnt try and understand things.

and although Im not one to teach a class on syncopated rhyhtms as they relate to folk music.   That doesnt make my experience with the instrument less.  I dont have to be a music scholar and nobody else does to play.

some music is easier to play by ear, or play along with, than try and notate out exactly whats going on though.  Sorry that you cant say a tune is crooked and not mean its syncopated.  you were born too late i guess 😁

I do know why I like a tune, much more so than a few years ago. 😊

yeah..i have to say in that regard we differ.  I know when i hear a tune if i like it and why.   Maybe as time goes by i can replicate what im hearing easier and more true to the source i initially heard.   but that has as much to do with technical skill growth as knowledge.

Tonight, I was kinda on a path to see if some of the Clave Rhythm workshops I'd taken at Fiddle Hell might have caused me some misunderstanding of syncopation, when I ran across this video...

Chris Burcin talks about the feeling of syncopation (where I set the video to start).  He shows replacing the 1st beat of a measure with a rest (that's a no brainer to me), but then he really got my attention - talking about tying notes across the barline!

Might have to take a closer at some of the music I play, since most of the time I'm playing by ear & not looking at any notation.  I've mentioned (elsewhere) that there are times I feel I can't tell when a measure ends - and I have learned to slur across the barline from tutorials, but I don't think I understood the significance of this action... until now.

Even though I understood the simple explanation of syncopation (playing on an off beat), I had a knawing feeling I was hearing more than that.  If tying over the barline is all that was messing with me - I'M HAPPY! 🤗

BUT... other possibilities?  I don't know if I'm out of the water, yet.

VERY interesting video by Andrew Merideth - "5/4 Clave and the Problem with Time Signatures"!

I'm still a little confused - what I hear starting at 07:38 doesn't seem to jive with what accents he shows for Dave Brubeck's Take 5 & Jesus Christ Super Star examples, maybe because he plays more notes than shown(?)  I might just be too tired, but for the most part, feel I'm clearing some stuff up. 🥱

🤔... time signatures getting in the way.

If so, I wish he'd say it simply and without the Pirates of the Caribbean background music!

Clavis was Latin for key (what you unlock a door with), hence Spanish clave. But in Latin American music it means key as in rhythmic arrangement (like unlocking a mathematical puzzle), not clef (French for clavis) and key sig.

I'd forgotten those wooden sticks were called claves. I knew that in the 70s! I had a friend who was a percussionist who had some, and I picked them up and went click, click, click, accelerating, and he said "Everyone who ever touches claves does that acceleration thing. It's such a cliché!"

If you define syncopation as unexpected emphasis (I don't know what the strict definition is - look it up in wiki), note that the best way to achieve such emphasis is with a downbow. Often it will be a lead in to the next measure (or even just the next note) - the first note of a measure will be begun in the previous measure - that is best done with a downbow, as it usually is in baroque and classical music.

Sing "It don't mean a thing (if it ain't got that swing)" The words "a thing" are syncopated because they are not on the beat - you sing "thing" slightly before the beat.

Gordon Shumway said
If you define syncopation as unexpected emphasis (I don't know what the strict definition is - look it up in wiki), note that the best way to achieve such emphasis is with a downbow.

Having said that, and since the 70s thread is still live, you'll notice plenty of syncopation on the upbow in this video. That's because he knows how to play the violin. If you are a beginner, doing it on the downbow will give you a better feel for it.

I understood Andrew Merideth to say that time signatures don't always represent the rhythm accurately.  Beat Pattern is more important than just how many beats are in a measure - so we have to pay more attention to clues in each measure, not the time signature.

He said (starting at approximately 05:35) "When listening or performing any music, try to feel the beat pattern, rather than what the time signature is.  Here's a handful of pieces in 5/4 [time signature], but have the 6/8-followed-by-2/4 feel (which is called the "5/4 clave")."

I did also watch Adam Neely's video "Avoiding The 5/4 Clave" - but all I really took away from it was, yeah, I hear syncopated rhythms, and I don't hear the 5/4 Clave, so think they accomplished what they set out to do.  I'll have to leave it go at that.

I just have to trust what I hear & feel right now, even if I can't explain it well enough... still believe it's wise to be suspicious of all trad folk time signatures, and I'll continue learning the inherent nature of the traditions.