Here is a great view of some of the badlands at Drumheller. You can see how many bones in these valleys would be exposed and found.

Much of Western Canada was covered by a huge inland sea 100million years ago. Here is a little plesiosaur, or his relative, also at the museum.

Oh wow @intrepidgirl that was very cool! You picked a winner for the location.  Enjoyed every bit of both videos..not only for the scenery but for your choice of tunes and how you played.  Well done.  So..considering the history that it has racked up now, did it feel like you had a strad on loan from a museum?  I can imagine it would be like..."just dont drop just dont drop" 🙂  way to go..hoping mayyybe another 1 or 2 vids left before its on its way?

Well played, thanks for posting.

Great pics from the museum and videos from the surrounding area.

Thanks for the posts and sharing her journey Karen, well done ! @intrepidgirl

@intrepidgirl thanks for the info and tour of the Royal Tyrrell Museum. It sounds like a great place to visit. And, thanks for the jigs that were well played and enjoyed by me and the dinosaurs.

Fiddling for Older Folks - A Blog & Forum for Fiddle Talk, Fiddle Music, and Learning to Play the Fiddle as an Adult

@intrepidgirl - Thanks so much for all the great videos and pictures.

I updated the photos on the Traveling Fiddle page (added one photo) but I was not able to add videos on the Youtube playlist at this time. Kept getting the same error and am supposed to try later. 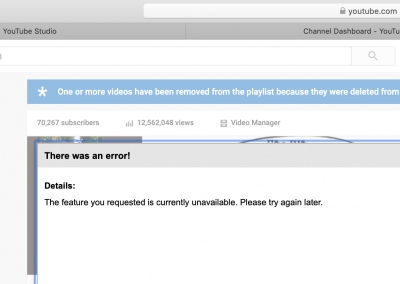 In answer to @GregW I have no fear, I will not drop the Traveler. I took her up to a winter lake in the snow a few years ago and it was fine also. However, I do have a pretty tough case with backpack straps on it, and I would not hesitate to hide it inside all my clothes should a drop of rain fall.

I am planning at least one more outing with her in the next week, will post more and then look at sending it on its way. We had about a foot of snow at our house on May 1st, which slowed me down a bit for outings!

Ghost-hosts disrespect not only the previous hosts, they disrespect the forum, and worst of all, they disrespect the entire concept of The Traveler - WE, the FORUM MEMBERS don't even know where she has been this time prior to Mark - at least with @Donald - another dis-respecter of the entire concept who posted nothing meaningful, we knew (or, at least, we eventually manage to figure out) that she was on a 3 month sea-trip from Australia to Brazil once it left his hands.... (ah, you gotta go back read all about it)

[ Rant over....  🙂  Sorry folks - but I am truly engaged with The Traveler and her journey and HATE to see the concept being abused ]

My apologies for upsetting you, much of your criticism is justified, although you are not familiar with all the correspondence as much communication was not carried out in public via the forum.

I am a drift-in from the Violaman site and I do not play the violin.

I am gratified to see that about 16 months later the (5 or 6 corrugated ply ?) cardboard box I eventually found after searching for a couple of months and adapted by cutting down to size for a violin is still in one piece. The (3 ply) cardboard box being used previously was somewhat crushed and mangled by Virgin Australia airlines on a shortish 1 hour flight from Sydney to Coffs Harbour.

It went through five countries without customs complications because I was able to carry it in person. Ideally, from my point of view, it would have been optimal to find a new host or hosts in Australia once the violin got to Australia and later proceed to Brazil.

Regrettably, none of the four countries Germany, Holland, UAE, and Australia appear as stopovers on the traveller map, as I do not think the system as currently implemented is able to cope with a case of a (g)host carrying the violin to multiple countries.

As matters would have it, for the leg Australia to Brazil, I was responsible, but Brazil is not part of my annual itinerary.

As I think I mentioned in one of my posts, I know from another Brazilian's experiences what can happen when a parcel arrives in Brazil from overseas. Duty can be charged, presumably C.I.F., and in Brazil some tariffs for specific imports are 100% (I think).

The danger there is if an item is shipped from Australia to Brazil, the shipping cost is at least say $75, and can be over $200, depending on method and carrier. So the recipient in Brazil could be looking at $75 to $200 on just the F (Freight) part of C.I.F. into Brazil.

I do not know what the insurance charge would be, but say $10, this $10 fee is not going to be significant in terms of the impact (increase) on the duty getting into Brazil.

🙂 Thank you @Donald for getting back - yes - indeed - I was not classing you as a ghost-host - (hosts who have either posted nothing at all or indeed, hosts we don't even know...)  - we appreciated the various stop-overs you referred to - we only really had an issue with the long sea-journey-delay to Brazil.

I absolutely agree, that is not the easiest of international shipments to arrange, and indeed, regarding "import to Brazil" we did a small fund-raising campaign to reimburse augusto who had to pay what seemed quite unreasonable charges.  Had we (or at least more of us) known about your own issues regarding shipping costs and issues outbound from Australia, I'm sure plenty of us would have "chipped-in" in a similar manner to what we did to help augusto, to assist with a quicker (albeit more expensive, sure) mode of transport !

And as you say, it's just a pity that The Traveler was unable to be pinned in multiple locations on the map at all of her stop-overs.

Anyway, it's all in the past and her journey is back on track - your response is appreciated, thanks again Donald !

Loved the locations Intrepid and the playing!  Can't wait to get my hands on it!

I took the traveler to the Calgary zoo today, a pretty nice place with some great exhibits. We currently have 4 giant pandas on loan from China, and I serenaded them. Actually, I believe I kept them awake. Here is some music: (I tend to do one take and move on, so please forgive the imperfections)

We have had pretty wet weather while I have had the traveller with me, so we spent time at the zoo hiding in buildings. Here are some pictures of some of the sights. 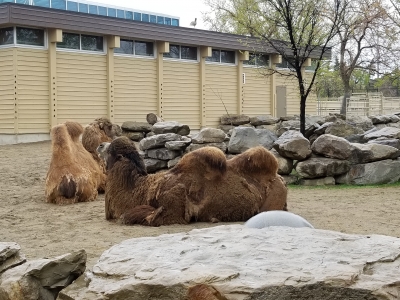 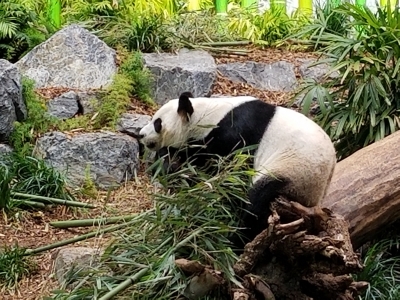 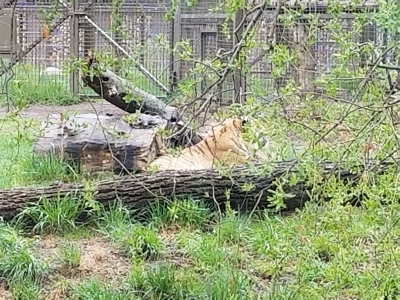 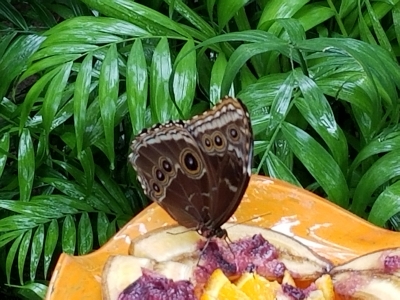 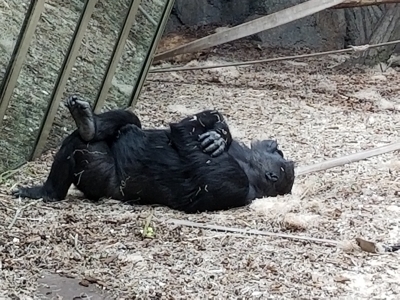 More music at the Calgary zoo:

We ventured outside and thought we had a little break in the weather. Well, we did get sprinkled on but it was beautiful out there. Last few jigs plus some more pictures at the zoo: 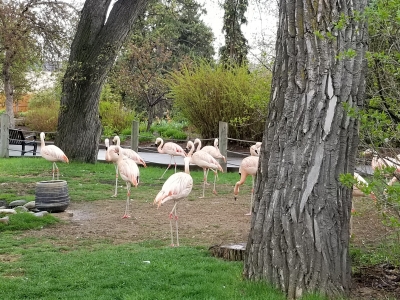 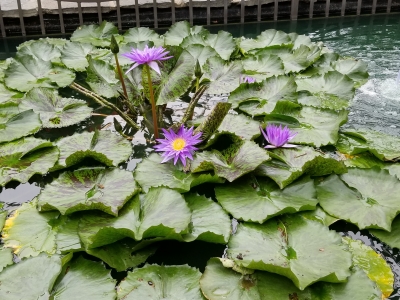 Thanks for posting these @intrepidgirl sounds good and fun location.  Enjoyed watching!

One last tune from Bragg Creek, Alberta, and the Traveler is on its way today.

Very, very nice! Thank you so much for all the videos.