Have a Safe Happy Thanksgiving

For all you members who do Thanksgiving tomorrow, have a safe and Happy Thanksgiving! I intend to have pumpkin pie with ReddiWhip on top.

Madam is not a fan of Cool-Hwip?

Actually I'm puzzled - brief Googling indicates that Reddi-Wip is 69% fat (how*, if it's all dairy - even clotted cream and butter are only 55% fat). You know double cream is only 48% fat, so if you actually whipped some of that (and put in healthier sugar and some vanilla to turn it into creme chantilly), it would be healthier for you, if you want a safe Thanksgiving?

* Perhaps the real question is "why?". Is it so the fat and sugar contents are balanced by weight? 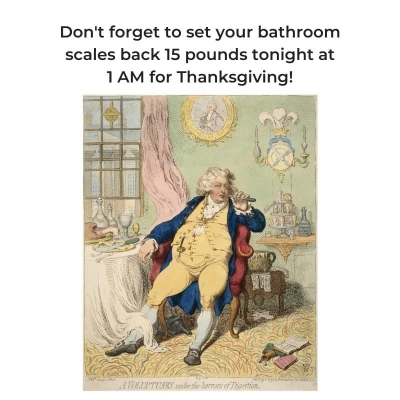 Happy Thanksgiving to all. Even with all our problems and strife, we have so much to be thankful for. God Bless America. 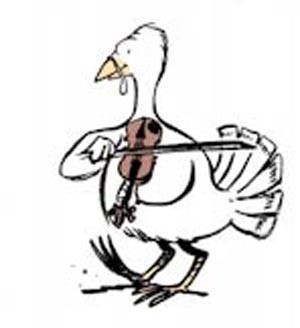 Enjoy your family if you still have them.

@Gordon Shumway Nope, not a fan of cool whip. Actually, the pumpkin pie I made is crustless. I have to cut the carbs somewhere. I do have an excellent crust recipe, but I don’t use it on Thanksgiving. There are other pie choices from others for those who need the crust.

I never paid too much attention to the fat in Reddi Whip compared to Cool Whip. Not a fan of Cool Whip anyway, so probably would not make a difference. The thing is, what is the serving amount used of each? Reddi Whip is a lot of air. I would think. Cool Whip, or even real whipped cream from heavy cream, would be denser and have more fat per serving, wouldn’t it? You wouldn’t really squirt Reddi Whip based of the weight you squirted. I think the fluffy airy whipped cream would cover more distance with less substance. I think you would squirt less Reddi Whip per pie top, than you would scoop Cool Whip or whipped cream from scratch. Just my thinking, I never checked. I could be wrong. But, even if I am, Reddi Whip for me! I don’t have it much, anyway.

Mind you, I do think it is better with the crust, if the crust was made right, but the pumpkin is fine baked as a pie sans crust. It is not pumpkin mix from a can. I buy the canned pumpkin and add my own evaporated milk, eggs, sugar, cinnamon, cloves and ginger. I use more cinnamon and cloves than the recipe calls for, though. Always use more cinnamon in every recipe that cinnamon is called for. It is the law! 😂😇

Next pie will have crust.

cid said
Reddi Whip is a lot of air. I would think.

Of course. yeah, maybe my post came across as more serious than I really intended.

You can get things like soda syphons - I've used them in a restaurant - they are metal canisters and you pour cream in and they take a gas cartridge, and you can add a sachet of vanilla sugar.

@Gordon Shumway Alf, your post was not serious at all! I thought it was a fun read. Got me thinking about how things are perceived. I read labels a lot and note serving sizes, but never did it with whipped cream variations because I really don’t have it much.

@Mark and @Moodshadows Have a great day! I will be with my in-laws. My brother-in-law and his wife do it every year. It is always great fun and look forward to it every year. I am very lucky to have married into such a wonderful family.

Happy Thanksgiving to all!

If you get stuffed on Thanksgiving, does that make you a turkey?

I thought I'd create this poll, as I've noticed a tendency to cook turkeys unstuffed nowadays. The old way used to be two types of stuffing - one in the rear cavity and one in the neck cavity, one sausage-meat, the other a thick bread-sauce, but I've only read about that in books, never eaten it that way.

How do you "stuff" your turkey?

For me, it's not real stuffing if it is not cooked in the bird. Stuffing cooked separately never tastes the same. We make a liver stuffing using the turkey liver sautéed with onions and green peppers, all diced up real small. That gets mixed with a stick of melted butter, an egg, a loaf of white bread cut into cubes, some water and plenty of Bells Seasoning until it all well incorporated. That gets cooked in the bird (both neck and rear cavities) where it absorbs juices from the turkey as well as flavors the turkey at the same time, creating a good basting liquid. It's my grandmother's recipe...nothing fancy, but delicious.