Mandy and Bill's response to the effect of the coronavirus on string sales....j.k

Mandy and Bill's response to the effect of the coronavirus on string sales....j.k

@BillyG and @Peter .  Why not work together to develop something practicing violinists around the world could use.  Program scale frequencies, a filter gate variance, and a shocking electrode built into a wrist band.  Market it as an intonation perfection device.

AndrewH said
As long as we don't start developing Stockhausen Syndrome (where we start to believe we have a deep appreciation for gimmicky avant-garde performance)...

I have a theremin I built some ten or more years ago; it's not only harder to play than a violin, but it's technically unique because of its oscillators.

buy now...before word gets out.

These topics beginning to be deja vu.  😉

Ive got a couple of those and raspberri pi's.  The stand alone Atmel microcontroller chips (digikey.com) without all the external circuitry are cheaper.  you just have to download atmel studio and wire in a voltage regulator.They're all fun to tinker with but its been a few years..  Maybe a violin morse generator.   Play a note..have controller generate a Morse code for an alpha character.  lets see..how many octaves do we need..

Irv said
@BillyG and @Peter .  Why not work together to develop something practicing violinists around the world could use.  Program scale frequencies, a filter gate variance, and a shocking electrode built into a wrist band.  Market it as an intonation perfection device.

@BillyG and @Peter .  Why not work together to develop something practicing violinists around the world could use.  Program scale frequencies, a filter gate variance, and a shocking electrode built into a wrist band.  Market it as an intonation perfection device.

It's doable; use one of the fancier Microchip devices (one with good DSP facilities) to ask the musician to play a note, and then filter the violin's output and modulate the TENS unit's output in inverse proportion to the filter's output. You drift, you lose.

Don't let TwoSet get the drift of this.

The problem I see is in the area of music incidentals (my memory of what a purposeful sharp or flat note in a musical score is called).  Perhaps a foot pedal or similar.

@Irv Probably would have to preload the score or you would have to use a foot pedal as you pointed out to inform device "this note is an accidental".   also there will be a delay ..in processing vs which note in the score you are on..  also artistic expression could become painful depending on setting of TENS unit. 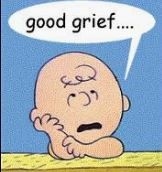 You will still need an agile and extremely narrow filter to sample the fiddle's output; a bare AVR won't do this, and the passband requirements mandate the use of DSP filtering. Analogue filters won't do; it'll have to be done in firmware / software. Even an NE567 tone decoder has a barn-door response compared with what we need to discriminate a few cents off-tune.

Processing overhead becomes an issue when this level of data is played with, and an ARM-loaded chip (STMicro do some choice ones) will be needed to keep up with the work in hand. Someone with a few bucks to spend on an ARM dev board and with an mbed account could do it.

Or, you could spend your self-isolation training your left ear and its associated wet-ware.

I'm pretty much done with electronics!

If anyone wants a gentle and practical introduction to software DSP on their own PC or laptop, try this: SAQ receiver software

This natty little app takes your microphone jack's input and filters it according to your needs. Shifting a band down from 2500 hz to 500 Hz is fun, for instance. Learn to hear like a bat 🙂

It will show you some the possibilities, and some of the limitations. You could also use it as intended, and receive VLF radio stations by hanging a wire out of your microphone jack as an antenna.

[I had to check we were still in the Breakroom]

Another approach to this problem would be with something like audacity.  Filter out the harmonics and run a statistical analysis of the fundamentals.  Flag the fliers beyond one or two standard deviations from the mean.  Provisions for the shock feature likely absent in this version (we can rely on helicopter mothers to provide the incentive).

Good point, @Irv - Audacity is open source, and thus malleable to those with good code-wright skills. Beyond me in time and patience; plus my Android tuner works well enough in this respect: I clip it to my music stand to keep it in the eye-line when I use it.

hehe..it's been a fun topic hopefully for anyone participating.

@Peter I think before someone attempted this on an arduino or any microcontroller its practical use would be have to be known as zero but as something to experiment with or a goal to work toward it could be interesting.   Right from the start the first hurdle would be amplifying the Mic signal.  After getting levels right for an input then I think youd have to decide that youre only going to work with 1 or 2 octaves at best.  Instead of worrying about harmonics..test for level above a certain amplitude and read the frequency.  Try and cull those abnormal fliers so to speak.  Yes you'd have to figure out code for the rise and fall of the signal and grab the peak.  I think you could do some simple test like that with a microcontroller.  Its been so long since I messed with these but I'm thinking getting realtime feedback would be more of an issue than running out of memory.  especially if you went with programming the chip directly and bypassed using an arduino and their interface.

Yes the human ear is the better route and time spent practicing, as far as improving on violin, much more useful.  but for a rainy day on the 10th day of being cooped up in the house possibly something to entertain for a while. 🙂

Good observations GregW and I think the idea has mileage in it but I haven't the time to pursue it, but certainly if I went into self-isolation then designing and building an intonation trainer might stop me climbing the walls.

Violins have a very complex waveform, and isolating the peak response would be the greatest challenge. If you were to play sul ponticello, the poor thing would lose its mind and declare you were giving it brown noise. Even the 'purest' tones from the best strings and technique played at the fundamental displacement antinode look like a badly-made hairbrush when subjected to FFT analysis.

My first approach would be to use a narrow filter with cliff-edge skirts to look for the desired peak and move on from there.

@Peter yeah..youre spot on there.  even in presonus when you pull up the waveform plugin its hard to tell where the real notes are being played.  another problem with my suggestion would be you ( generic you..a person playing ) would be constrained on dynamics.  setting up some type of peak detector would lock you into some predetermined volume.

too bad being so close to your tutor that you guys can't work something out.  hoping this all burns itself out quick.

@Peter and others.  The dynamics of herd immunity is lost to me.  I would want to call it lemming hopefulness (like those few moments after jumping out of a building window with the thought, “well, so far, so good”), but the complete lack of pre planning for the response on this side of the pond is frightening.

My current goal is to avoid contagion until two sigma after the mean.

Oddly enough, we went shopping yesterday (just for the usual stuff, no hoarding etc etc - peat serves virtually all our purposes) - and as well as the expectedly devastated shelves (no sugar, no flour, no toilet roll, no kitchen roll, no soap of any sort etc etc - not that any of that - oh the sugar was - but can live without it - was on or list) what WAS UNEXPECTED was that the drinks area had been virtually emptied of canned beers. Stacks of wines and spirits were still there - but bottled and canned beer - hmmm - empty shelves - APART FROM (yes, to do with St. Pat's Day) - there was one, just one, single, 4-pack of Guinness sitting there - lonely as a cat at a dog-show!!!! I felt sorry for these four lonely cans, and admittedly had to wonder "what's wrong with them?" LOL - (even though draught is so much better) - so I purchased them. Yes, it was me, I admit it YES,  IT WAS ME who finally emptied the drinks shelves of the last 4 cans.....   Probably wouldn't even have bothered normally, just felt sorry for those 4 lonely-looking tins, usually have a float of around 8 tinnies / bottled beers in the larder which for me are good for 10 to 14 days.... ROFL (true story!)

**EDIT - P.S. - in connection with the earlier chat on the Arduino - man, it arrived today.  Took about an hour to get the IDE (desktop version) and associated libraries set up, some digging to find the configuration and libraries for the specific version I have, find some sample code...  Make an on-board LED flash - big deal --- and  BANG all done !  Cool.. now I know how to develop my own C/C++ code, build libraries if I want and so on.  So, at the very least, just a simple starter-for-ten, but the "path is clear" ( I found the RPi much more awkward to come to terms with, but that's understandable ).   I now do have a very simple application in mind for this little controller - it's very, very simple  LOL - I'll keep you all updated !!!

One of my FB friends  says his local supermarket is out of dry sherry!