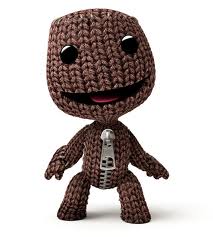 I was doing my own research online and came across a tip on bow pressure. When bowing(is that the correct term?), if you're closer to the finger board your strokes should be lighter and faster. When you get closer to the bridge, you should use more pressure and sort of drag out the note. Is this true? It seems to make sense and when I apply it it seems to work. I'm just looking for other opinions. Is this how you guys play?

It is partially true. You can play slow, light bows as well by the fingerboard.

When bowing(is that the correct term?) = YES

ok, is that how do you do cresendo and such?

ok, is that how do you do cresendo and such?

Yup. More pressure close to the bridge means you can play louder while keeping a nice tone, while lighter pressure closer to the fingerboard makes a softer sound with good intonation. It's just easier that way, but there are also exceptions to every "rule" as I'm finding out

so, do you mean you shift your bow left and right? I thought you are supposed to bow straight.

so, do you mean you shift your bow left and right? I thought you are supposed to bow straight.

You still bow parallel to the bridge, you just move your bow closer to the bridge or fingerboard, depending on what sound you want.

My teacher has an exercise that she calls "sliding" which goes like this - play the first line of a song near the bridge, nice and loud. On the last note, slide the bow closer to the tailpiece and play the next line softly. Move back towards the bridge for the next line, etc. It's not easy to "slide" without making a scratchy sound, so it takes a bit of practice - you want both the louder note and the softer note to sound good with no pause in between.

Another way to describe it is this: between the bridge and fingerboard, there are 5 "highways" that are each as wide (more or less) as the hair on your bow. Highway #1 is right up against the bridge, while Highway #5 is right next to the end of the fingerboard. The other Highways are spaced equally in between (it actually varies a little depending on your particular instrument.)

Each Highway has a particular pressure and bow speed that it likes the best to make a good sound. Most violins don't sound so great when played slow and heavy in Highway #4, but they sound great when played with a quicker, lighter bow stroke in that area.

Highway #3 is right in the middle and it's where most teachers have you start as it's a bit forgiving if you bow too heavy or too softly - the sound is still pretty good.

I don't slide my bow closer, I angle it slightly and it goes where I want it to automatically. Try this: On an up bow angle your bow so that your hand is further from your body for to bring the bow closer to the bridge. on a down bow closer. For bringing the bow away from the bridge bring your hand closer to your body on the up bow and further on the down bow.

Eventually this happens automatically and you do it ever so slightly. When the bow is where you want it you straighten the angle immediately. It's like steering a car on a road.