Newbie here,have been lurking awhile. Seems like you all like family fiddle posts so thought I would contribute.

My cousin brought my Grandad's violin to me 25 years ago as at the time I was the only musician in the family and I always thought I would like to make it playable again,I play the drums and like instruments,young and old.My nice played V in Jr high and expressed an interest in playing again so I started researching violins and repairs on the net including this forum.

First the history,two different stories by two of my cousins,one said it was given to him by a orchestral player in London,the other story was it was given to him by conductor Sir Thomas Beecham,around 1917.I took it to violin shop and had it looked at and they thought it was of Southern German origin late 1800`s alpine bavarian spruce belly with maple back and ribs with rosewood pegs,and because the Edgeworth was squared off that that could be indicative of someone trained in mirecourt region of france, no label or makers mark,but they  thought that it was an upper tier shop violin and nicely made.

It had some separations on the belly and back and the bottom rib was slightly buckled, and one of the peg box holes had a crack in it,needed a new bridge,soundpost,tailgut and strings ang general cleaning/tlc.

I had someone Play it at the shop and that it sounded quite nice,especially since it had just been worked and since it has not been played in 50 years that it had the potential to sound even better if played regularly.  I am no expert but it did sound smooth with a pleasing tone to my ears.I will attempt to post pics soon.

@gbfan, I am Mouse, Forum Administrator, welcome to the forum.

That was a great post. I can't wait to see the photos.

It would be great if you could go the introduce yourself section and share as much or as little you wish about yourself. This is not mandatory, but makes it easier to reply your posts, as we would know a little about you, plus, you will most certainly get a lot of heartfelt welcomes to the forum.

I will be sending you an email that will contain a little about our little forum community and some helpful links to help you become familiar and comfortable with the forum. It will lao give you my contact information, if you have an issue. Right now you do not have PM abilities to contact. I am hoping to be able to send them out this weekend or early next week, 8/15-21.

I am down for the count for a little while, but you are on my list of Welcome Emails to send.

@gbfan - Wonderful story, look forward to pictures and more info. Hope to hear more from you in the future!

Can't get images to attach,will upload but cant` figure out how to subit/ post them 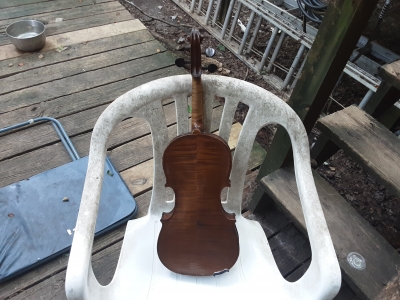 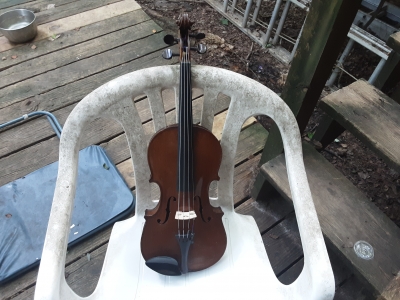 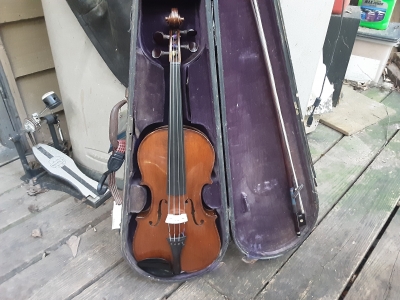 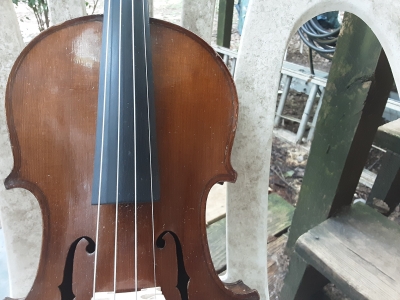 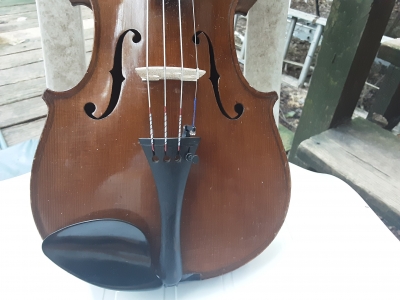 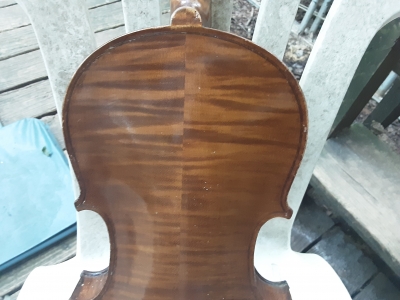 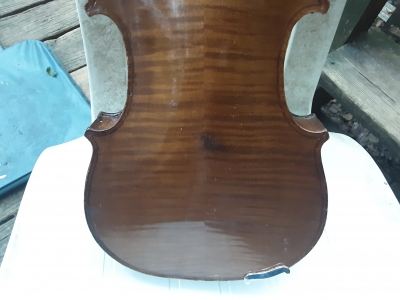 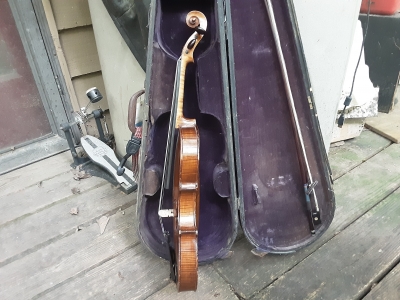 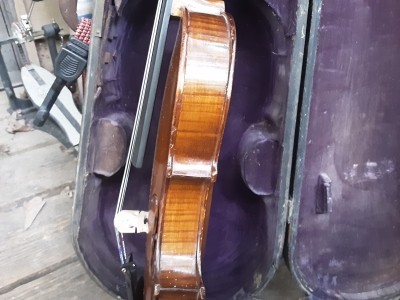 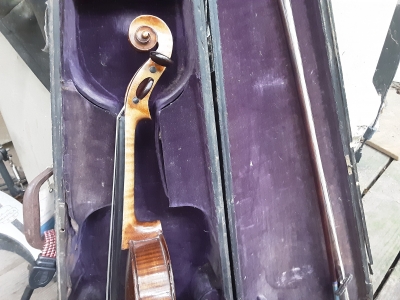 Welcome to the forum!

What a marvelous story!  ...and a beautiful Violin!

Did you take it upon yourself to tackle the restoration, or send it out?

Thinking about possibly learning to play it?

Thank you for the replies @Elcbk as Dr Mcoy would say to Captian Kirk, Dammit Jim I`m a drummer not a musician!

Actually my niece played in Jr high and is very exited to be able to play it,she actually plays guitar and has a pretty good aptitude of far as music goes.

I had it professionally repaired and set up as I wanted it to play and sound as good as possible.

Think you earn the title of "World's Best Uncle"!

Think I can safely say we'd all love to hear your Niece play it someday. 😊

Welcome to the forum,  very cool to share the story of your family's fiddle.