My new violin. Its making playing much easier 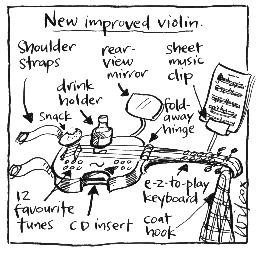 LOL John! Of all the great features it has, I like the drink holder and fold away hinge the best.....

Brilliant!  Umm.. How much does one of those cost?

I Love this violin.

Love it mate!   But hey - when I "get lost" and go off onto "some other tune" that was not what I had intended - can we not get a GPS thing ( Get Proper Scales ) fitted?

Actually... The traditional design violin already does incorporate a cup holder as an integral part of the design.  You just need to use a rubber band, as shown in the photo.. 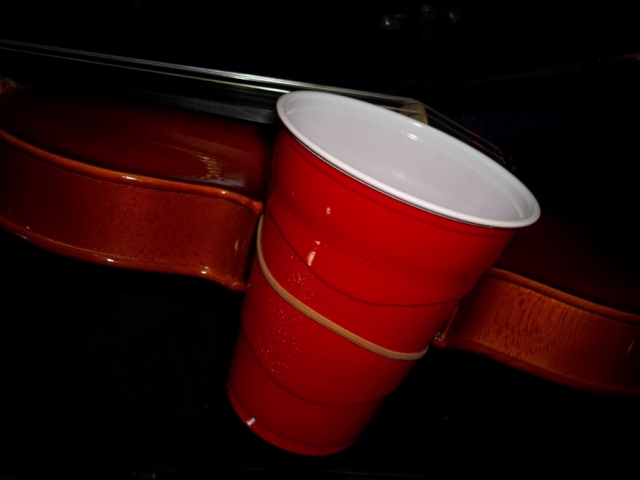 Now, back in the old days, they used to make cups that actually fit, and the rubber band wasn't necessary.  Which was a good thing, because rubber bands hadn't been invented yet.

But then in about 1751, the shop that used to make the cups went out of business, and violinists the world over have had to search for the valuable antique violin cups, or just make do with the best as they could manage.

There are companies that still market cups that (with a rubber band) work for the purpose.  Like the "Solo" company, whose main target market is obviously soloists, and the "Dixecup" company, which markets more to those who play in the Southern rock or country genres.

That part of the violin is called the "C-bout" which is, of course, short for "Cup-bout".

Experts still argue over whether the part that appears to be another cupholder on the other side was made to hold a second cup or (as some theorize) a small cheese tray so violinists did not become hungry enough during long rehearsals to begin chewing on their own instruments.

There are some playing holdovers in technique from those times.  Violin instructors still repeatedly remind new violinists to keep their scroll up, because otherwise the contents can spill out and from the audience's viewpoint it would appear that your violin had just piddled on your foot.

It is not known for certain if violinists in the 1700s just tilted up the scroll enough to be able to pour a sip of their chosen libation into their open mouth, or if they had something like our modern crazy straw that could be used for more clandestine sipping.

Modern players are of course able to use whichever option they are most comfortable with or that their teacher recommends.

Bill says nothing, whilst falling on the floor - LOL Dan !

oh both those had me rolling! oh it hurts to breath!!! thank you guys for some cheer this morning!!!

It just goes to show that Violists can drink more

That is hilarious. Thanks for a good laugh. A built in cup holder. ROFLH

What a clever wit you have.

Big smiles... my office peeps are looking at me... I bet you if they had to guess they wouldn't guess in a million years that I am getting that amused over the solo cup and a rubber band.

Good one, Daniel, but you're missing one thing, a 10" flex straw so you don't have to remove the cup while playing. 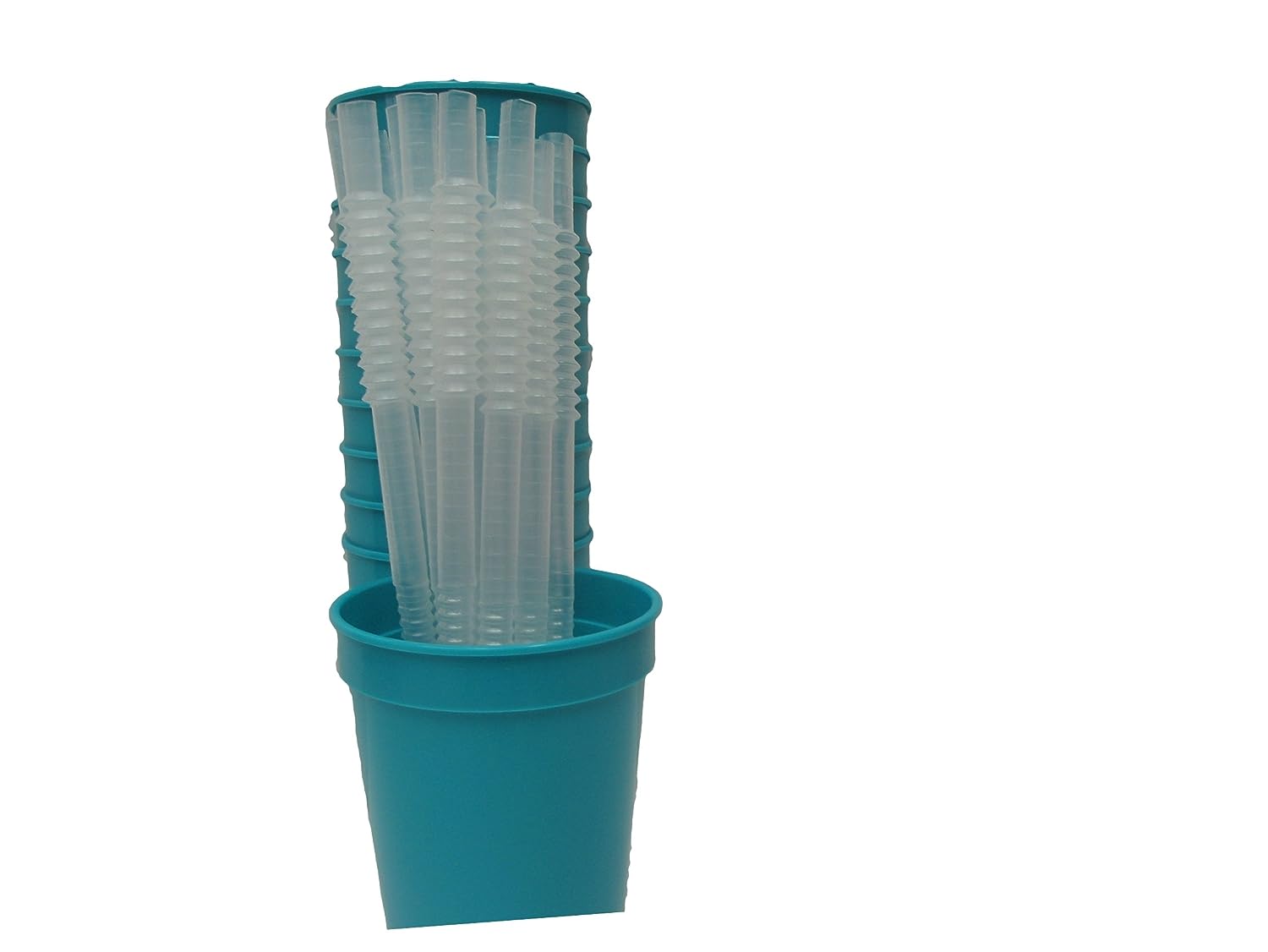