Any idea what this is worth?  Reply or contact me via email johnjrec@gmail.com 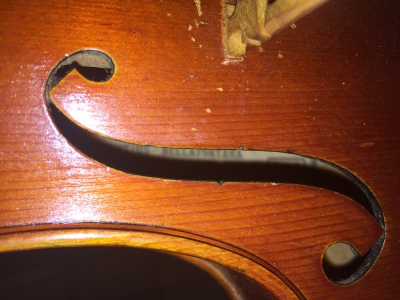 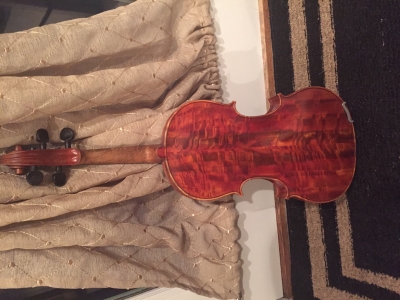 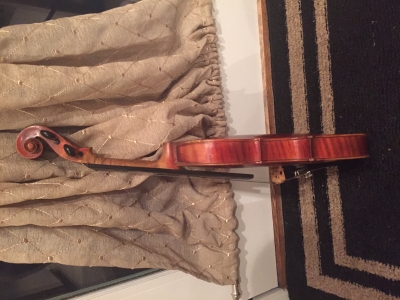 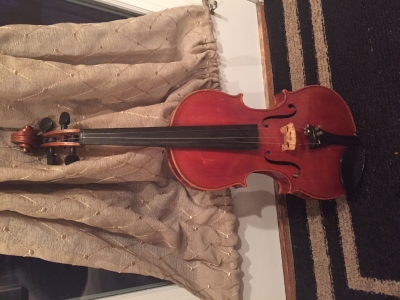 Lorenzo Bellafontana
Bow maker / Violin maker
(1906 – 1979)
A student of Oreste Candi, Genoese violin maker Lorenzo Bellafontana established his own workshop around 1935. Work from his earliest period consists mostly of guitars, which seems to have been his preferred instrument, with some violins constructed using the external method favored by his teacher. In the middle and best period of his career, from about 1945, Bellafontana dedicated himself mostly to violins and violas. In this middle period Bellafontana turned to other makers for inspiration, including Annibale Fagnola and Eugenio Praga. His style shows good workmanship and features of the Genoese school along with some personal touches. In the final stage of his career Bellafontana's work became less distinguished in quality though it remained stylistically consistent, and over time he moved away from the use of the external mold of construction. The varnish is usually alcohol-based and brittle in texture.
Price History
Depends on it's shape and sound but is probably worth 5,000 to $20,000