Violinist Dylana Jenson, who lost her prized Guarneri and her artistic way, finds her voice with a new instrument 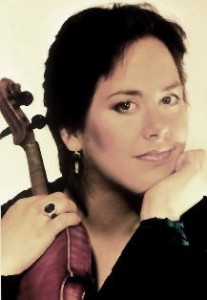 The mystique that surrounds the violin largely can be traced to two instrument makers in 18th-century Cremona, Italy, whose towering artistry continues to haunt the music world. Violins — and, to lesser extent, violas and cellos — by Antonio Stradivari and Giuseppe Guarneri remain the gold standard by which all stringed instruments are measured. Canadian director Francois Girard addressed the issue in his 1998 film, “The Red Violin,” the fictitious tale of a supreme instruments odyssey over three centuries. Few people have a better grasp of the sublimity of instruments on the order of Strads and Guarneris and the precarious business of these astronomically priced violins than Dylana Jenson, who will be in town this week to play the Tchaikovsky Violin Concerto with CityMusic Cleveland. The story of the former child prodigy from Los Angeles is one of uncompromising standards, pain and survival — and a cautionary tale for anyone in search of the instrument that best reflects his or her artistic soul.

At 17, soon after winning a silver medal at the 1978 Tchaikovsky competition in Moscow, Jenson was lent a 1743 Guarneri del Gesu from a Los Angeles philanthropist.

The instrument helped propel the violinist — who had been praised as a youngster by no less a figure than George Szell — to the top of the international music scene. In 1981, her glistening recording of the Sibelius Violin Concerto with Eugene Ormandy and the Philadelphia Orchestra received a slew of accolades, including a New York Times review that said, “Miss Jenson plays with irresistible assurance, verve and warmth.”

A year later, Jenson informed Richard Colburn, the philanthropist, that she was about to marry British conductor David Lockington, who later would serve as music director of the Ohio Chamber Orchestra in Cleveland.

Colburn demanded the immediate return of the Guarneri because, as Jenson recalls him telling her, “you’re obviously uncommitted to your career.” (The late Colburn, who funded many Los Angeles arts institutions, evidently believed in double standards: He married nine times.)

The withdrawal of the del Gesu sent Jenson into an artistic and emotional tailspin from which she wouldn’t begin to emerge for more than a decade. Without a suitable violin that allowed her to make music on the level she demanded, her recording life disappeared, her management walked away and her schedule of important concerts plunged.

“It can be very destructive to desire what you cannot have,” Jenson, 49, said last week from Grand Rapids, Mich., where Lockington, her husband of 28 years, is music director of the Grand Rapids Symphony.

“For the first few years, I was in shock. The experience was one of total frustration. I thought, ‘This isn’t going to continue. Someone’s going to loan me an instrument.’ I tried everything. One year, I performed on 23 instruments.”

They included more than a few that couldn’t be heard beyond the first few rows. One that did project, a Strad on loan from the Stradivari Society in Chicago, had to be returned after a six-week Australian tour.

READ MORE – via: Violinist Dylana Jenson, who lost her prized Guarneri and her artistic way, finds her voice with new instrument | cleveland.com.