$172,000 violin recovered by cleaning crew. The Associated Press A rare violin worth $172,000 that was mistakenly left onboard a Boston-to-Philadelphia bus by a groggy music student from Taiwan has been found and returned to its grateful owner. Megabus USA director Bryony Chamberlain said Friday that a cleaning crew recovered the instrument, which had been left in an overhead bin earlier this week. The New England Conservatory student got on a Megabus in Boston with the 176-year-old violin but got off without it late Tuesday, police said.”It could have been quite a tragedy on Christmas, but in the end we were able to trace down the violin and put it back as soon as we could,” Chamberlain said.The 19-year-old student, Muchen Hsieh, told investigators that she left the instrument in an overhead bin and only realized she had forgotten it after she had been picked up. The violin was lent to her by the Chi Mei Culture Foundation in her native Taiwan while she studies in the U.S.Hsieh said she initially called the bus company to see if the instrument had been found, but she was told it wasnt on board. 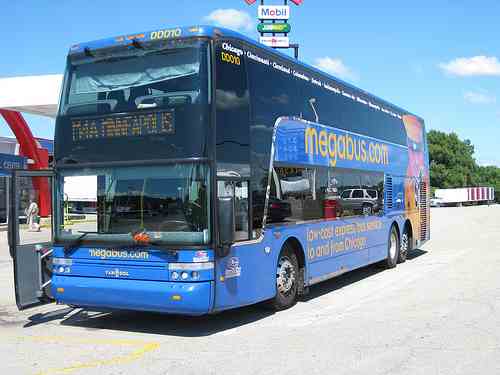 Megabus offers low-cost express bus service to more than 70 cities in the U.S. and Canada. She also reported the loss to police, who later called the bus cleaning company and eventually the rare instrument was returned. Hsieh was so happy she hugged detectives and played her violin during a police news conference Friday afternoon.Lt. John Walker said people always hope for Christmas miracles around this time of year.”In this case,” he told The Philadelphia Inquirer, “we got one.”