In Play-Off Between Old and New Violins, Stradivarius Lags

In Classic vs. Modern Violins, Beauty Is in Ear of the Beholder

What gives a violin made by Stradivari or Guarneri del Gesù its remarkable sound? Researchers have examined the wood preservatives, varnish, even the effects of the Little Ice Age on the density of wood, for anything that might explain the instruments’ almost magical properties. 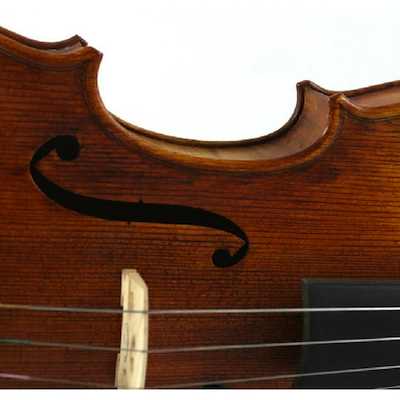 Claudia Fritz, an expert on the acoustics of violins at the University of Paris, has arrived at a different explanation for the secret. Despite a widespread belief in the old violins’ superiority and the millions of dollars it now costs to buy a Stradivarius, the fiddles made by the old masters do not in fact sound better than high-quality modern instruments, according to a blindfolded play-off she and colleagues have conducted.

“I don’t think there is any secret, except in people’s minds,” she said.

Many tests have been conducted in which an audience tries, usually unsuccessfully, to guess whether a violinist behind a screen is playing a new instrument or an old master. But Dr. Fritz said that to her knowledge, no one had conducted a well-controlled study putting the same question to the real experts: violinists.

Teaming up with the violin maker Joseph Curtin and others, she corralled violinists attending an international competition in Indianapolis and had them compare three high-quality modern violins with a Guarneri and two Stradivari instruments.

People asked to rate a wine will judge it more pleasant when told it costs more. To avoid any such effect, the violinists had to wear goggles so that they could not identify the violins. In one test they were allowed to play all six violins and asked to choose which they would most like to take home. In another, they were required to compare a pair of violins, without being told that one was a classic and the other a new instrument.

Despite a general belief among violinists that Stradivari and Guarneri violins are tonally superior, the participants in Dr. Fritz’s test could not reliably distinguish such instruments from modern violins. Only 8 of the 21 subjects chose an old violin as the one they’d like to take home. In the old-to-new comparison, a Stradivarius came in last and a new violin as the most preferred.

“These results present a striking challenge to conventional wisdom,” Dr. Fritz and her colleagues reported online Monday in The Proceedings of the National Academy of Sciences.

Dr. Fritz’s conclusions, naturally enough, are music to the ears of modern violin makers. Violinists view them with less rapture.

The study is “highly credible,” said Sam Zygmuntowicz, a luthier who has made instruments for Isaac Stern, Yo-Yo Ma and the Emerson String Quartet. It “puts cold water on some old myths and should certainly be good news to young musicians who yearn for violins that they will never afford.”

“There isn’t any ineffable essence” about the old violins, “only a physical object that works better or worse in a variety of circumstances,” said Mr. Zygmuntowicz, who has worked with the physicist George Bissinger on a scientific documentation of old violins.

Does this mean there is no lost secret of the Cremona violin makers? “It’s impossible for us to say,” Mr. Zygmuntowicz said. Each instrument is special, but it is hard to tell what is different about them as a class. “I think new violins can capture most if not all of what makes old violins great, and even if they can’t, we shouldn’t stop trying,” he said.

A less respectful view of Dr. Fritz’s study is offered by the violinist Earl Carlyss, a longtime member of the Juilliard String Quartet. “It’s a totally inappropriate way of finding out the quality of these instruments,” he said. The auditions, he noted, took place in a hotel room, but violinists always need to assess how an instrument will project in a concert hall. He likened the test to trying to compare a Ford and a Ferrari in a Walmart parking lot.

“The modern instruments are very easy to play and sound good to your ear, but what made the old instruments great was their power in a hall,” he said.

Mr. Carlyss emphasized the very personal relationship that violinists have with their instruments — something that may be hard to emulate under the conditions of the test. A similar view was expressed by Mark Ptashne, a biologist and violinist who plays the Plowden Guarneri del Gesù — the old Italian violins all have individual names — and has also owned a Stradivarius.

“Even experienced players who have not lived with a great violin don’t realize what they are hearing or doing when they first play a great instrument,” he said. “Second, Strads and del Gesùs vary tremendously in sound characteristics and quality, so generalizations are hard to make from a few cases, in any event.”

Dr. Fritz acknowledged that her study used few violins. But it is quite difficult, she noted, to get owners to lend out their million-dollar instruments to be played by blindfolded strangers.

via: In Play-Off Between Old and New Violins, Stradivarius Lags – NYTimes.com.