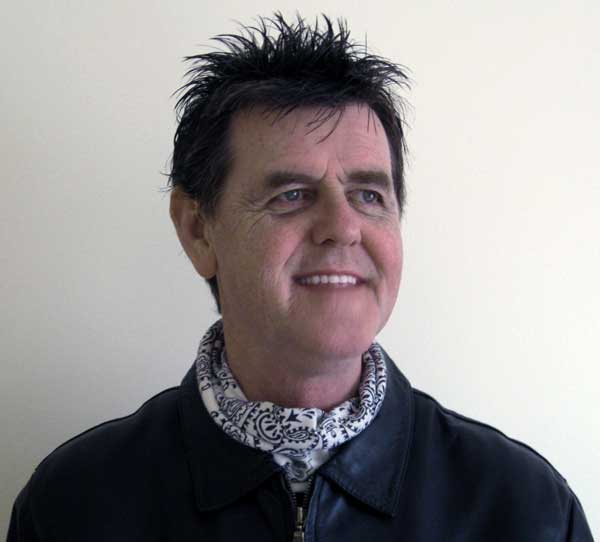 • Please begin by telling us anything you would like to about yourself. Age, place of birth, residence, etc.
Well, as for my age, I’m kinda like not 21 any more, although I feel it :slight_smile: I was born in Glasgow, Scotland, but now living in Southampton, England.

• What made you decide to play the violin?
Well, I started learning guitar at 14, then heard Earl Scruggs play the 5-string banjo. That changed my musical life! I took up the 5-string banjo, and learned all the Flatt and Scruggs tunes. On those same records, I heard the amazing bluegrass fiddling of people like Paul Warren, then later on, from players like Kenny Baker.
That was when I decided to learn the fiddle.

• How long have you been playing the violin?
About 40 years.

• How often do you play? How long are your practice sessions?
I play every day / evening, usually for about half an hour.

• In your opinion, what’s your proficiency on the violin?
Fairly good. Not as skilled as some professional orchestral or symphony players, but at a reasonably high level by most measurements.

• Your greatest personal experience with playing?
Not in front a of large audience, or anything like that. It was playing a regular gig with an excellent guitarist, who was able to accompany all of my compositions.

• What other instruments do you play?
Guitar and 5-string banjo, plus a little piano too.

• What does music mean to you?
A lot! I play, write music, listen to music a lot too. I still play in public, even if the financial rewards are not great. 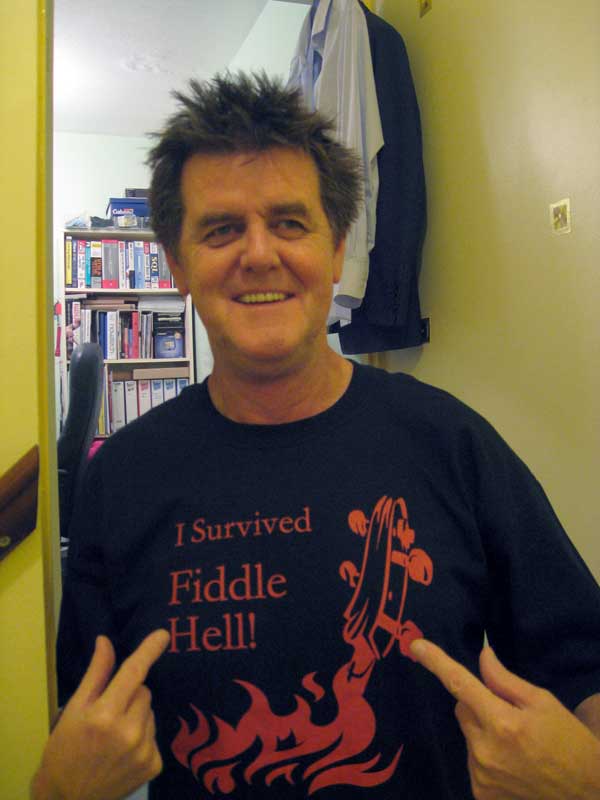 • What or who has been your greatest influence?
Well, for fiddling, people like Kenny Baker, Darol Anger, Casey Driessen and Mark O’Connor. For the more classical style, Itzak Perlman, L.Shankar (Indian), Tom Wright and Jean-Luc Ponty (jazz).

• What are your goals for playing violin? Short and long.
Well, to get friendly with loads of chicks who love my music, and would love to keep me in the style to which I’s like to become accustomed. But really … in the short term, have enough time to be able to make some decent CDs of my playing and compositions, and long-term, to do pretty much the same, but with teaching material to cover all of the styles I like to play.

• What type of violin training?
Well, self-taught from 15-29, then 5 years of heavy-duty classical lessons with an excellent teacher and player. It’s probably his influence that comes out most in my playing.

• How do you warm up?
I fall asleep in the sauna for an hour or two … but really, for left hand, just some Sevcik exercises from book one – usually exercise 5. For bow work, I step through Paganini’s Moto Perpetuo at about 120 bpm. If there’s one piece that will sharpen up your bowing, it’s that!

• What is your favorite type of music?
Actually, good solid rock music – Little Feat, Frank Zappa, plus Ry Cooder. For fiddle type stuff, I love the bluegrass styles of people like Mark O’Connor, Kenny Baker, and for the more progressive / alternative styles, Darol Anger, Casey Driessen. With classical, I tend to like the miniatures rather that the concertos. Itzak Perlman, Salvatore Accardo or Ilya Kahler for Paganini Caprices, Jascha Heifetz for the Bach solo sonatas, Henryk Szeryng for Locatelli and Bartok’s 6 Romanian Dances.

• What is your favorite piece of music? Why?
Introduction and Rondo Capriccioso by Saint Saens – hard to say why, probably the strong weaving melody all the way through it.

• What are your 2 favorite things to do other than playing violin?
Well, I like working with computers, using music software and recording too. I’m also interested in the philosophy of religious belief, and all that goes with it.

• Do you come from a musical family? If so please tell us about them.
Well, no musical relatives as far as I know … so it’s just me that’s odd :slight_smile:

• Are you a member of any orchestra?
No, but I have played with a few local orchestras in my earlier days.

• Do you ever perform publicly?
Not so much now, but I used to gig a lot, playing mostly Irish fiddle stuff. I teach too – I’ve been an instructor at the Groton Fiddle Hell in MA from 2007-2010. I get far-reaching requests for tuition from players of all abilities and playing standards  :slight_smile:

• Would you please share with us information about your violin and bow and if you have several please tell us about them as well.
Well, I have a KC Strings 5STAR Pro (5-string violin), and an Arcus M4 bow which is great! I also have a lightweight pernambuco with a hex stick, which I use occasionally. I’ve have several 4-string violins over the years, but I’m really hooked on the 5-string, and the extra range suits my compositions.