My name is John Luck (Ferret) and I live in Byron Bay, New South Wales, Australia. I was born in Sydney, New South Wales, in 1950. My family and I moved to Byron Bay around 30 years ago and am now aged 62. Other than the violin I like camping, campfires, and fishing.

Pierre asked why I decided to learn to play the fiddle.

Without trying to make things overly dramatic, after being diagnosed with cancer two years ago, and having always wanted to do something musical, I decided that it was about time to try to to play an instrument. Why the violin / fiddle? Well, since starting I’ve asked myself that question many a time. One of reasons is because I felt that it would be a challenge. Did I ever get that one right. 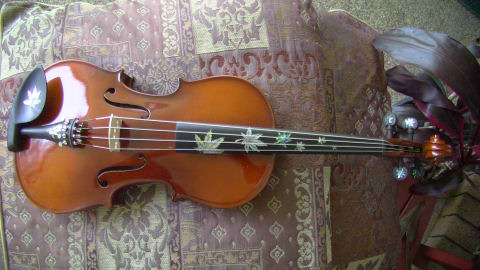 Music has become an important aspect in my life. The violin is the only instrument that I play. As I said earlier, I always wanted to learn an instrument but was always too busy to put in the time and effort. Oddly enough, I was told very recently that my father played the violin and the banjo. He passed away when I was about 7 yrs old and have no recollection of this.

You may have wondered why you have never heard me speak in any of my video posts. Well, the cancer was oral and, while I can still speak, I’m rather sensitive about the way I sound now.

So for the last year and a half I’ve been practicing ‘every’ day for at least 2 hours, sometimes 4. I have a teacher that I see from time to time just to keep me on track and to give me the occasional ‘reality check’ :slight_smile:

I usually warm up with a few runs through the G C and D scales just to make sure that my brain is still talking to my fingers (not always the case) and play a tune or two that I am rather comfortable with. I then go on to practicing (murdering) the current piece that I’m trying to learn.

I can’t read music but if I know the tune I can usually work out how to play it. I can read tabs to the point that I can read them and play at the same time. 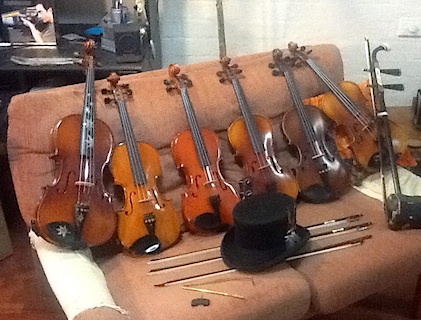 I have a number of instruments (I just can’t resist a bargain) but my favorite violin would have to be my Raggetti RV7AE intermediate. I also have a viola and not being a reader of music I treat it as if it where a huge fiddle.

I like most kinds of music but when it come to the violin I tend to lean towards folk / fiddle. Much of my inspiration has come from players such as Tony Ludiker and Al Cherny and many others. I would have to say that a great deal of inspiration and motivation has come from this forum, it’s great members and, of course, FM.

My short term goal is to go a ‘busking’. Being a very ‘touristy’ place, Byron Bay has a long tradition of street entertainment of ‘varying’ talent and quality. After listing to buskers here for thirty years, I figure that ‘I can do this’. :slight_smile:

To that end, I intend to practice my butt off and make a debut around the beginning of November. That would be about 20 months from when I started learning. However, I’m not going to go off ‘half cocked’. I will have to feel that I’m ‘ready’ before I hit the streets.

As for longer term goals. One could be to drive my RV around Australia and make a buck or two and have a good time playing a some ‘outback’ pubs. But something like this would be two to three years away.

Thanks for taking the time to read this.

If you are interested, you can find more about me at
www.johnluck.net