Ebay and I are no longer friends...I think I have an addiction problem

Ebay and I are no longer friends...I think I have an addiction problem

Well apparently I want to be broke the rest of my life but it appears I have a major violin addiction thats reaching dangerous levels.... So as some may have read I've gotten an instructor for my fiddle playing. Well she had this really neat antique violin so I was curious and began browsing eBay looking through them. Out popped this violin the was amazingly beautiful to my eyes. Also being a lover of horses, and currently being separated by several states from mine (and soon possibly half a world)...in a fit of stupidity I put in an offer for a violin with a beautiful varnished and carved horse head violin. Expecting some bartering they immediately agreed to my offer....shit...that didn't go as expected....I think I just got took.... How much did I just pay for this? $500 with shipping!!!!?????  *sigh* well I was nervous about taking my nice Maggini outside to play when I go hiking.....I guess this is going to be my traveling fiddle and maybe something I can tinker with stuff like re-setting sound posts and bridges and such......Why oh why did they invent eBay! For that matter why the hell did I impulse buy a possible VSO?! At least it looks pretty. Im gonna go cry in my wine now....very cheap wine....and set up ramen noodles and PBJ for the rest of the month....maybe 2 months.... 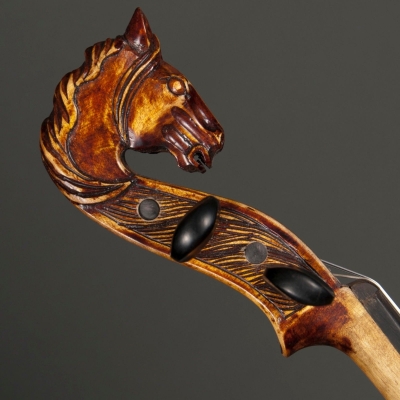 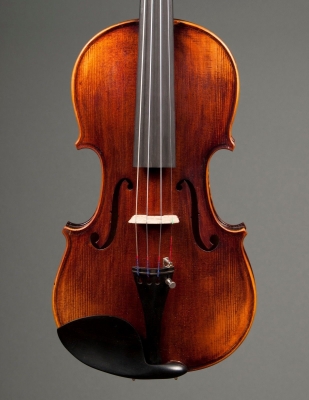 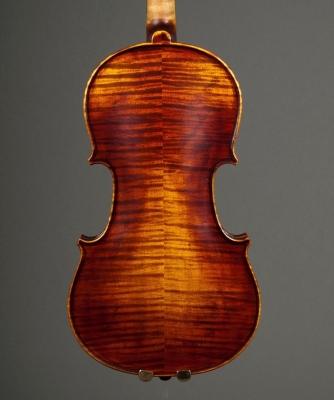 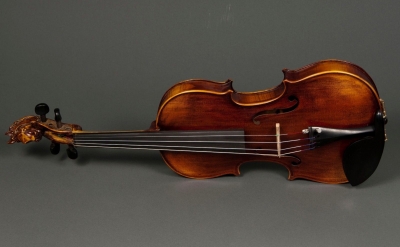 Well, having gone through my own period of insanity on an auction site (not ebay), I understand the problem,  but don't beat yourself up on the quality of the thing until you get it. It MAY be a VSO with a pretty horsehead scroll, but it might be a halfway decent violin.  Wait and see what you got, and THEN (if necesary) cry in your MD20/20.

I'm a sucker for the pretty scrolls, and also the ones with pearl inlays on the back. So far haven't gotten one, but I'm sure down the road I'll buy one and then kick myself, haha.

I look forward to hearing what you think of it, it might be a perfectly fine fiddle

I shall see when it arrives. Apparently the person who sold it is a musician so hopefully it's not a total VSO.

now if it could just get here already that would be awesome!

Arrgh, don't get me started on Ebay.  I smoke tobacco out of pipes (I know), do you know how many realllylyyyyy nice pipes I have brought off of ebay...  REALLY nice pipes....

To play a wrong note is insignificant;  To play without passion is inexcusable.  - Ludwig van Beethoven

From the pictures it appears to be a nice fiddle hopefully you'll discover it's a gem  that plays and sounds great!

In the absolute worse case, we can install this scroll on your Maggini.

Hope it sounds great!!! I think the cheap wine is absolutely the solution. Just until you save enough to make up for this last purchase.

@Fiddlerman  ohhhhhhhh good to know I have options

So my fiddle arrived yesterday and as soon as I could I snatched it out of the box and began playing....then had to stop and ensure I was playing on the violin I thought I was playing on....I do believe I scored a diamond in the rough...or not so rough as this gal is a beauty!

It has no visible makers mark anywhere on it but it does appear to be old, possibly an antique though it could just be excellent aging on a part of whoever the maker is but I had to play it back and forth between my Maggini and it. It came with Dominant strings and they seem to be new from the way they are stretching (at least they say they are dominants)

I'm surprised that she's actually lighter then my Maggini with quite a bit of curve to the back plate. It looks to be a strad copy but i'm not knowledgable in that realm to accurately guess but my oh my does she sing!  She has natural flamed 2 piece back and sides and of course the scroll just tickles my fancy. I've played her several times and I had to record it to make sure i wasn't just hearing what I thought i was hearing....What do you all think? The first violin played is the horse head scroll, the second is the maggini open strings then a beginner Ashokan farewell. Also the maggini has only been played intermittently for a month with obligato strings while i think this fiddle is a bit older again with dominate strings.

oh and here's a side by side so you can see the difference in the two and why i'm sp surprised by the sound!!!!  The maggini is on the left and the obvious horse scroll is on the right (of course i had to make it opposite the sound track hahaha) 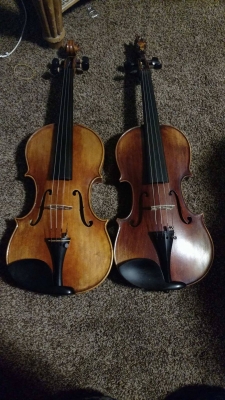 Grats on the diamond find!

Awesome! Glad it turned out to be great fiddle