A bridge I made from Aussie Hardwood with vid

In an earlier post I was discussing with some of the guys whether there where woods other than maple that would be suitable for making a violin bridge. I did a little research and came up with this.

This is a bridge that I made from Australian Blackwood.

I think that the project was a success, but you guys can be the judge after you watch the video of the result

The strings are Larsen Virtuosos and the bow is a Baroque snake wood one. Very light at 55g but a bit shorter than the standard bow.

The timber as it arrived 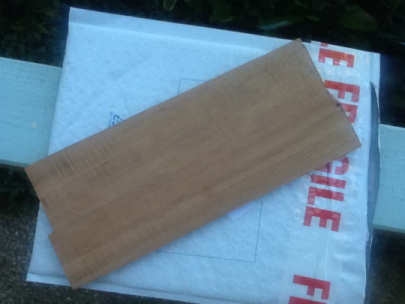 The wood cut in half and sawn down the middle to get the right thickness and a rough blank made. The light coloured bridge in the pic is a maple bridge blank that I used as a pattern. 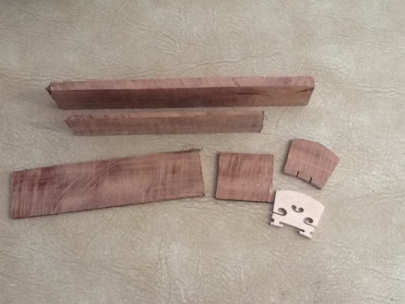 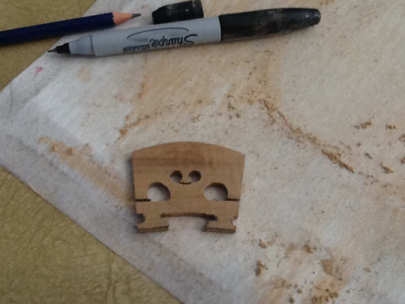 The blank is redressed to fit the top of the violin with a redressal tool. 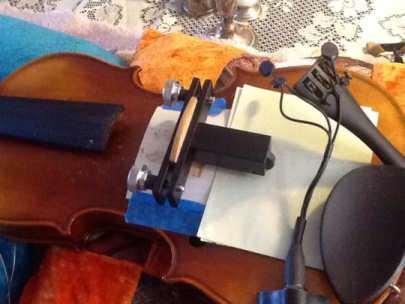 The shaped and tapered bridge ready for fitting 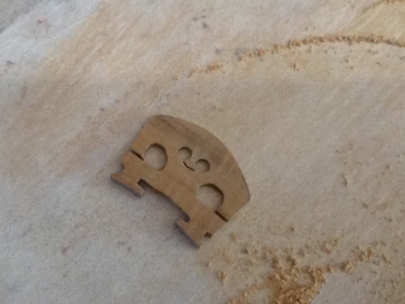 The bridge fitted to my Raggetti minus its pickup 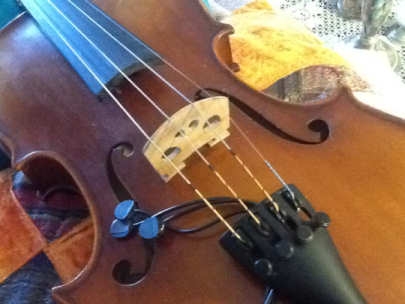 The test video. (a test of the bridge, not my playing.

Sounds great to me! Nice job!

Looks and sounds great. Your intonation too.

How does it compare in your opinion?

Fiddlerman said
Looks and sounds great. Your intonation too.

How does it compare in your opinion?

The Blackwood doesn't seem to quite as hard as the Maple and showed some flex if not mounted very vertically.

I have made another blank that is a better copy of the shape of Maple blank. I reckon that if I'm going to compare these with maple, it should be as close a copy as is possible.

This time I'll taper it less at the foot but still have a suitable thinness at the top edge.

But all in all, I'm happy with the sound

I just slipped the original bridge back onto the Raggetti. I'll record the G scale on it and add it to the video of the new one so that a better comparison can be made.

Sounded good to me.  Different woods, so long as they are tough enough to hold up, should theoretically work.

This is the second bridge. Not thinned as much this time. Now there is no sign of flexing

And a video comparing the Maple to the Blackwood

(once again, a test of wood, not my playing please. I rushed things a bit 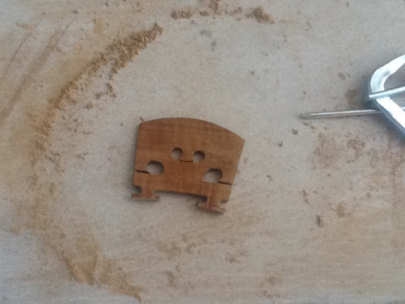 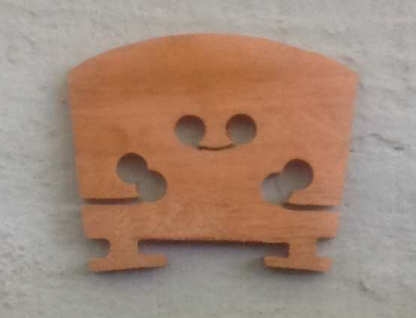 The first video (first black wood bridge) sound a little hollow or muffled to me.

The second black wood bridge sound a little louder than the European maple bridge to me. It sounds great on G string.

Good work.  If all else was equal in the recording, you're getting more volume and better tone from your handmade blackwood bridge. Which brand of bridge (original) are we comparing the new bridge against?

Perhaps the Blackwood bridge has more power IMO. Not much difference in the color of the sound. I am more curious as to the difference in playability? Since shaping a bridge also changes its character it might be tough to compare without experimenting with thicknesses and hole thinning, etc, as well. So far it appears that there is definitely no loss when using Blackwood blanks.

Another aspect would be the quality of the Blackwood. With Maple bridges we witness varying hardness's and often chose the hardest bridge. I'm sure that the Janka Hardness differs with your Blackwood too. You mentioned that the Blackwood seems less hard and more flexible which doesn't allow you to thin it out as much.

Lastly, to make a better comparison, make sure the feet of the bridge are in the exact same spot. If you move the bridge in any direction it affects the sound in a similar way to moving the soundpost in relation. Obviously the pressure (length and fitting) of the soundpost has a bigger effect which can't be tested by relocating the bridge.

Look forward to the next blank.

The second bridge had a lot more wood than the first. The kidney and heart holes where smaller and the thickness was greater.

I will experiment more when I get back from the Philippines. So far I'm quite happy with the results and will be leaving the Blackwood bridge on for the trip. I leave tomorrow (Thursday) and will be back in a week

I love the experiment.

@Ferret  Have a nice trip.