I've stopped hijacking @Georganne 's thread.   I've found a number of variants of this tune, and I am currently playing this particular version ( almost - I'll post my attempts later ).

I have used MuseScore to put into place what is effectively an "amalgam" of the various performances I have heard, and I'm looking for feedback on the arrangement and corrections where necessary regarding my understanding of this particular style of music.

I've tried to emphasize beats 1 and 3

Tempo is 120, so not outrageously fast - and that's what I'm currently playing to apart from the occasional "oops!"

Attached is my scored version as pdf, and an mp3 from the synth to give a feel of what it should sound like.

Credit where credit is due of course, and this is heavily based on the work Jason ( FiddleHed) has done.

No special articulations or embellishments in this version ( I'm working on that still - I "hear it in my head" but I can't quite play it, let alone represent it in written form !)

Attached .pdf and .mp3 from synth, and if anyone wants the .mscz MuseScore file, PM me with email address - .mscz files appear still not to be directly postable....

EDIT : Hahahaha - I had slowed down the tune playback in MuseScore, to work with the triplets, came back to it later, and "wound the tempo" back up to "120" - unfortunately - that was 120% of the specified tempo - 140bpm - no wonder I couldn't play along with it...  the other clue was the smoke coming off the bow-hair ! LOL.   Aye, indeed, Bill.... 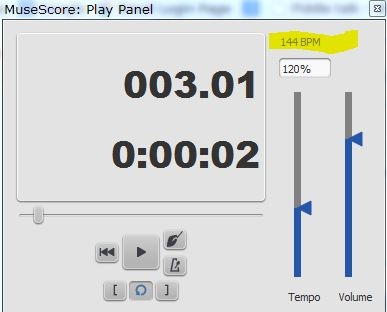