A couple of us are trying to figure out how to debute on the cello more or less simultaneously. We're set to go with our instruments and will be looking for lots of tips.
Here are my first two questions (about stuff... so much easier that technique

1) What do you use for an endpin stopper?
a) Rock Stop
b) Strap
c) Home made
2) Etudes for beginners (think the cello version of Wohlfahrt for violinists

This is what I found online so far:

Other ideas and suggestions appreciated.
P.S. We'll be starting with the Essential Elements for cello series.

My first purchase was pinstripe tape for the fingerboard. 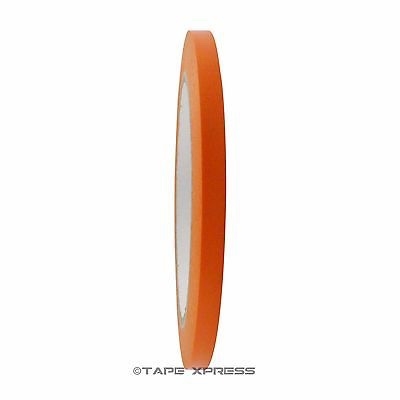 @bocaholly I started with used a rock stop because it came with my cello. It kept moving around, no matter what I put it on: wood floor, rubbery shelf liner, etc. Yes, it was clean and no dust on the underside and the floor was not dusty.

I purchased this from Fiddlershop:

I love it. When I gave Belle to my niece, I gave her that, too. I went back to the rock stop for a second try. Same issues. I was going to order another one like the one I gave my niece from Fiddlershop, but I brought Evie in to the luthier last Tues and they had the exact same one, so I got it there to eliminate the shipping wait time.

I also have a rubber mute, the lighter weight one,  it the metal core rubber one. I do not push it all the way down or very far, because I don’t want to risk bridge damage. Cellos are loud and, sometimes I just want to work on bowing, or repeating over and over. Mute makes it better for the small house in those circumstances.

Car pin striping, I gave a bunch to my niece, also. One roll will last way beyond the time they are no longer needed.

I am going to be ordering a tuner that should be more responsive to the low notes. So much lag time now. After I order it and test it, will let you know about it.

If I think of anything else, will let you know.

@Mouse Thanks for the recommendations. I'll take a look at that Xeros endpin stopper next time I'm down at Fiddlershop (soon

Right now, I've been dragging my cello over to my piano and tuning like that (easier than dragging the piano over to the cello

Never occurred to me to want a mute... the sound is so low and mello and so not-in-my-face compared to a violin. That's a maybe, thx for the reminder.

Tapes. Not going there after having had my violin tapes for way too long. In fact, when I finally took them off was when I finally started really listening (instead of second guessing just how much to cover the tape with my finger pad!) Anyway, how are you supposed to SEE the cello tapes when your left hand in 1st position is outside of your field of peripheral vision?

@bocaholly Re: tapes in the cello. I ended kut putting them on, having issues with the finger stretch. My natural finger stretch is almost spot on for a viola. A little wide for a violin, gives me issues (took the tapes off a while ago, as I mentioned in a post, but ended out putting the first and third finger taoes back for reference).

On my cello, my finger span is just a tad narrow and the second and third figures are just not flexible, gives me issues getting any kind of memory placement started.

But, seeing the tapes, I have the tapes across the whole front of the fingerboard and down around the sides to the backside. But, I more or less am looking at the side and then can get the placement right. I can’t just put a piece on the side because they get knocked off, same thing for the little colored dots.

That said, if you get the position correct, note where the first finger position is compared to your shoulder; that is a great aid in finding first position. If you have a good memory for the stretch for each finger, the other fingers will follow. I used to be able to do it, I haven’t reached the point I was at when I stopped lessons for violin, yet.

Keeping the above tip in mind and the endpin holder I recommended, this tip is almost flawless with that endpin, as long as the endpin is pulled out the same distance each time. Why, you ask? Go ahead, ask, “why”, I know you want to know.

If the endpin is pulled out the same distance, the length of the strap of the endpin holder is kept the same, that cello, when it is leaned up against you to receive its much needed gentle hug will reward you with first finger placement in almost the same exact spot. The only thing that will throw it off kilter a tad is your position on the chair, and the endpin length.

But, I have a tip for that, when you get the endpin length, cello angle against your body the way you want it, with the endpin in place the way you want it, take a marker and mark the endpin right where it comes out of the cello bottom, just trace around with a marker, being careful not to mark the cello. I think I held my thumbnail right where the endpin meets the cello bottom. With the other hand I loosened the endlin thingy and pulled the pin out a tad, and made a circle around the endpin where my thumbnail was. I haven’t done it in a while. Voila (not to be confused with the much loved, “viola”), the cello will be spot on; the first finger position will be easily found (for me just above or even with the shoulder).

That mark will wear out once in a while, so before it is completely disappeared, and it is right on, remark it. Don’t get the idea to use tape. That would get caught in the endpin hole. Not a good idea. No, I did not figure it out with the, “Ask how I know,” I actually had foresight for that one! But, first finger, first postion will be easy to find.

If any of this confused you, ask and maybe I can make it clearer.

Thanks for sharing those experiences, @Mouse .

I tried Tipp-Ex to mark how far the endpin should be extended. That wore off in about 2 days. Ugh. OK, I won't use tape on the endpin. I think if I stretch my hand open to its max, the pin length is just about the span between tip of thumb and tip of pinky.

Fun explanation on how to get the cello resting in the same position every time.
Do tell, does it matter if I hook the pin stopper under the left or right front chair leg?

@bocaholly It does not matter which leg of the chair you secure the endpin stopper strap. I use the left because my music stand is more to the right, seems to work better for me. Seems natural. Not sure why. Cuddling with a cello is really not natural!

(Of course, neither is this dancing banana) I think it is because that is the side the cello is on.