Regarding note reading
Im running into a small problem

Hello, I am going confused a bit in reading notes, i know how to read music, but the issue is that sometimes pieces are played in a single string or probably 1 octave higher, do music sheets always tell when to play in one string, for example playing a line in a g string instead of using the d string as well, or I choose where to play? Any ideas in how recognize where to play or is the best to play? Thank you.

Choose the easiest for you!

When we start out learning to play, it's easiest to stay in 1st position on all the strings.  Later, you'll start encountering pieces that are more easily played in other positions.

Maybe you could refresh my memory as to why you feel the need to play everything on 1 string right now?

Maybe this will help.

This site shows where these different positions are read on the staff. 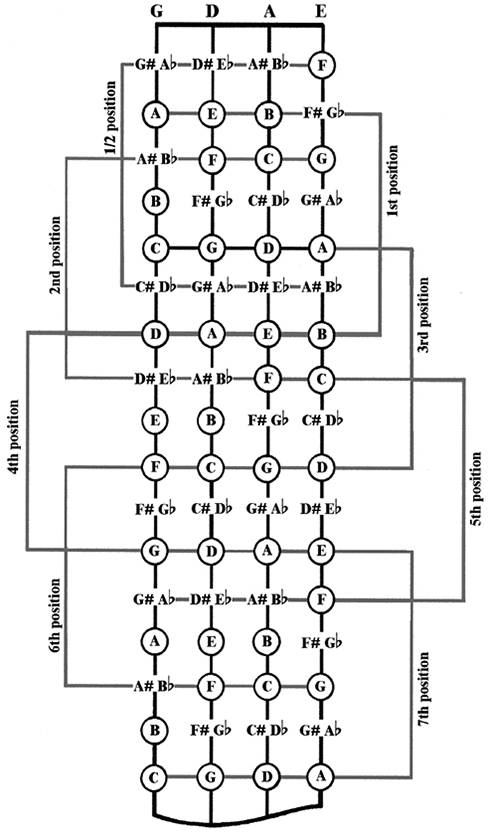 I am pretty new, but it is my understanding that you choose where to play depending on one of two factors:

Tone:  The exact same note will have a different timbre based on the string and position

Style/Ease:  For example, avoiding string crossings in certain passages.  There are simple examples of this even in Suzuki book 1 where a lot of songs favor open strings, but it is also noted below where/when to use 4th finger for the same notes later on (and when not to) and even later on some of the same songs in different positions.

I am sure others will have more in depth and better answers, but that is the gist of it.

If the music is marked as sul D, then this indicates to play it all on the D string.

Its just like on guitar, if you were playing a blues lick you would use the strings right across the fret board, you dont use one string you use them all., unles you are paganinni of course😁 you cant vibrate open a, but you can on the e string, to be, honest I am a bit baffled with your question? if you had a passage that reauired playing a ffast succession of notes you would be stuck, ricochet bowing uses the strings right across the board as as well, usually that is. Maybe Andrew Or Gordon could answer your question a bit better. If you used just one string you would be extremely limited on how you could play, how would you play a chord.

stringy said
Maybe Andrew Or Gordon could answer your question a bit better.

I think it has already been answered by Emily. If you are a beginner, play in first position and use open strings wherever possible ("The open strings are your friends". In other words, you can use them as an anchor for your intonation. When it's easier to use your pinky on the string below, music will often have a 4 over a D or A or E, indicating that you should use the G, D and A strings, respectively. For example, if you have to play DED, you want to stay on the A string for ease in bowing). If you are a beginner, your job is to learn where each note is on each string, and music suited to you will be unambiguous. Charts like the one above are true, but they are hella confusing!

Most shifting is for ease of playing: avoiding awkward string crossings or 4th finger stretches or other awkward fingerings. Sometimes you'll want to play on lower strings for a darker tone (sometimes indicated by the composer as Mark describes above), or shift in order to use vibrato on an open string note. By the time you need to think about any of this, you should already be starting to develop an instinct for what is easiest to play.

For now, don't worry too much about it, and definitely don't think too much about the chart. (I find the chart mostly confusing.) Learn first position well, and then add one position at a time to your toolbox.