A violin that costs less than 5k sounds like a cigarbox.

Ok, this is the second Gibberish topic thread. I am trying to see if I can do a request by another member. Could you please post gibberish into this topic thread too? After I get enough replies in this topic and the one in the Breakroom, over the next two days, I can do my test. I just don’t want to do anything with good posts before I see if this can be done.

I love the replies to the Breakroom Gibberish. I might have to keep it all if it works.

Thank you all for your assistance for the next couple days. I need a few dates and time stamped posts that will have to be sorted with what I am going to try,

The test mentioned above is done, but this is too funny to delete. Here is an Off-Tooic Gibberish Topic. I moved the replies that were in the Breakroom's test Gibberish topic thread. They were too funny.

If it were easy, everyone would play a viola!

Please feel free to reply with gibberish so I have reply posts in this topic thread. I would like a number of replies from different members. These will all be deleted when I am done.

Thanks for the help and gibberish😂.

You guys are so funny! Thanks for helping out.

@Gordon Shumway, Alf is he speaking Melmackian? I wonder what would happen if Alf met Mork!

Yes, Alf a number less than 11 is fine. This has actually bee a fun thread to read.

Too funny. What is with those people in 4, 5 and 6? I would not have stood around watching or videoing.

"....if nautical nonsense is something you wish..."

Pizza is lasagna with crust instead of noodles.

A few years ago whilst doing my regular supermarket shopping trips twice weekly at one of the supermarkets I enjoyed an exchange of ideas with the cleaner called John; John told me he was a "flat earther" as were his family.

It must have lasted for a year or more with me shopping and John doing his best to convince me the world is flat; at one such discussion I asked John where he thought he would be in five years time; he replied still here in the same job which I could agree with.

Then I missed John for quite a while and eventually asked at the checkout where John was hoping he wasn't ill; he'd transferred to another branch of the supermarket a few miles away; I replied I thought he must have found the earth wasn't flat after all and he'd driven over the edge.

I do my best to respect everyone's belief but I still would like an answer to if I could drive from Yorkshire to Australia some 12,000 miles and wanted to return home by driving the same direction then why wouldn't I fall off the planet?

Just passing a bit of gibberish because it's white over with frost and too cold to play out.

I think my story qualifies as gibberish (Nonsense). I wish John well; we enjoyed bouncing ideas around.

Retired said
if I could drive from Yorkshire to Australia some 12,000 miles and wanted to return home by driving the same direction then why wouldn't I fall off the planet?

Gravity? Not sure if flat-earthers believe in it.

Not sure what the benefits are of their theory, except the chance to refute someone else's.

I wonder if all flat-earthers are also anti-vaxxers.

Although this is meant to be gibberish, I fear I may have misrepresented myself. I'm not averse to alternatives. I think Richard Dawkins does more harm than good. The alternative to alternatives is to believe that orthodoxy is always right, which can be very dangerous.

I don't think the flat earthers are capable of understanding gravity Andrew; talking to a flat earther they always have an answer to any question; there are plenty of anti-vaxxers in all classes; there's always the "Tall poppies" who know everything.

The flat earther you know @stringy is already in the clouds as are all flat eathers but live and let live; if it's what they want to believe then it's their choice at least it's not compulsory and I never take such people seriously I think they just want tp prod people into a reaction.

Thanks for asking @Mouse  it's possible I know of the things you mention but they could have different names here in the UK; Kick the can we also called it Squad can; ice skating rinks never caught on here but there was a phase of ten pin bowling that I once tried; poverty stricken kids like me thought it wonderful to have a whip and top with coloured chalk for the top; the whip had a leather string; girls had skipping ropes and hopscotch; boys had spud guns and water pistols they also had big sheaf knives used for carving girl friends initials onto tree trunks; I was busy at the age of seven carving my and my girlfriends initials onto the underside of my desk lid totally unaware the headmaster had entered the class room; six of the best straightened me out.

We used to build tree dens down the old railway; I was a very weak sickly kid with terrible asthma so joined the gang as often as I could; hula hoops were another phase as were ice blue jeans and Wyatt Earp ties in my early teens.

We could play out without being murdered or molested; house doors werre never locked and during summer were seldom closed; no one had anything worth stealing; anyone remember gas lighting; 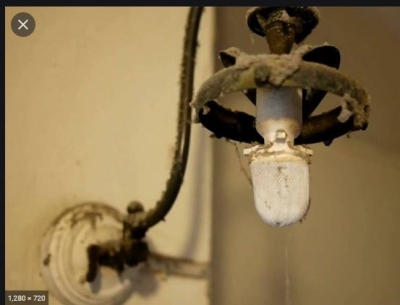 Kids take mobile phones and computers etc for granted these days but as a kid our home didn't have electricity until I was about five years old; we were all poverty stricken but people had smiles on their face and actually spoke to each other and police were highly respected.

I've rambled on enough but I've seen lots of changes since I was born in 1947; kids think 40 years is old so I'm a fossil.