What song is this?

What song is this?
I can't remember this song name

I've been playing this song as a warm up recently and can't for the life of me remember what it's called. I love this song. Can someone please tell me the name of it? 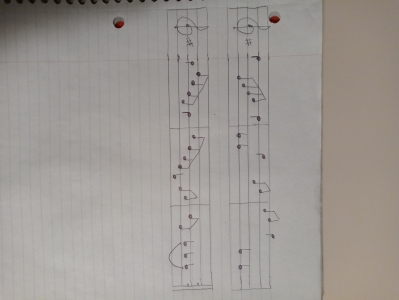 minute in G   my guess

Oops, didn't see your post in time - you won!

This is fun - maybe I'll win next time!

THIS IS THE ONE

I saw that you got the answer. 😁

@mouse thats cool!  and not speaking for kalkulator but as likely that as much as the other.  The ONLY reason I had a clue is because its in every beginner piano book on page 25.  i always got to page 27 before life got in the way..

He neither composed it nor claimed credit for it, it turns out. It was attributed to Bach for centuries because it was one of a large number of short keyboard pieces found in the Anna Magdalena Bach notebook, but turns out to have been composed by his contemporary Christian Petzold. An original manuscript by Petzold was discovered in the 1970s.

BTW, misattribution used to be quite common, and was mostly done by publishers who would attribute an obscure piece to a famous composer in order to try to sell more copies.

Another notable example is Brahms's "Variations on a Theme by Haydn." The theme was an obscure piece titled "Chorale St. Antoni" that had been published as Haydn's, but it turns out to have been spuriously attributed to Haydn and was probably (but not proven to be) composed by Ignaz Pleyel. Today, the Brahms piece is often referred to as the "St. Anthony Variations" instead.

did not know any of that.  makes sense its in alot of piano books then I guess.