I am giving a review of D’Addario Kaplan Premium Rosin with Case - Dark. I ordered it from Fiddlershop. It is for Cello, Violin and Viola.

Note, I ordered the dark. You have the option of dark or light.

Although I have only used it for 2 hours, it arrived today, so far, I have noticed a big difference! I am not hearing the scratchy sound like sandpaper on metal, I am not fighting my bow as drawing it across the strings, or pushing it th other direction. My bow moves smoothly across the strings. I used the bow on my viola, my violin, my low end violin, and my 15” pawn shop rescue viola (that is actually a really nice above beginner level viola). All the instruments were so much easier to bow.

There was little to no dust! I could not believe it. It was great. One rosin I had really made an excess of dust. It was not super expensive. I trashed it. I seemed to do a lot of sneezing when I was done and was using that rosin during that session. I think it was the rosin.

I did not have to scratch and fight the rosin to get it to start rosining my bow. I just ran the bow across the top first thing. It worked great. Hated to do it because it sure is pretty.

The Michael Goronok Solist Cello: The effect on the cello sound was very noticeable. I was very aware from the first note. My sound is clear. The A string is so warm. That was surprising since the cello,has that Larsen A and D that I find harsh. The upper shifted E, F, F# and G on the A are lovely. It is not the same as it was with the other rosins I had. My C string is so full and lovely, as os the G string. My bow bows the strings, both up bow and down bow, so easy. I do not feel the grainy rosin (and no, I was not over rosining before). I was not fighting the bow. I have another bow with one of the other rosins and tried that again after cleaning the strings. It is definitely the rosin.

My Andrew Schroetter 1983 rescue cello that I love: This cello is different than the Michael Goronok. The Goronok is a much higher quality cello. It is professional and made by the luthier, Michael Goronok. This cello, Schroetter cello, was made in Germany but is an upper student level cello. It has a different shape than any of my other cellos. The waist is narrower (diameter around the cello in the middle of the bouts). The belly where the strings are from the end of the fingerboard over the bridge to the tailpiece, protrudes out more than my other cellos, or any that I have seen. I had to get a special case because the belly protruded too much. This is to let you know the sound is different from this cello. This rosin really made it more robust than it was! I was extremely amazed. It is lovely. Again, I did use the other bow with the other rosin, and there is a difference.

This is after playing for a couple hours. If things change, I will let you know, but right now, this D’Addario Kaplan Premium Rosin with Case - Dark seems to be what I needed.

See... this is why I am seriously considering changing rosin.

I was not expecting to hear a difference and feel so much of a difference. I did some Googling and got conflicting information. I wanted to buy USA and wrote to D’Addario. I told them the strings I have the specific cello. I told them what felt when bowing, hearing, etc. All my issues. The person who received the email asked their professionals. Two days later, I received an email saying it was a good question. They gave me an explanation and suggested the dark. I then ordered it from Fiddlershop.

I did some more playing just now and I am getting the same results. I still did not get dust all over my cello, either. I hope it keeps up.

It wasn’t expensive. If you get another item to bring it up to $25, you won’t pay shipping either. The other most common online store had comments about receiving cracked rosins, what they thought were not full cakes, etc. I did not want to risk that. I feel safer ordering string instrument items from Fiddlershop. I ordered that magnetic pencil holder with two pencils in the other review I posted. Still did not have $25. I know I will want to try the D’Addario Kaplan cello strings because I am hoping to like a set of strings made in the USA, so I bought those too. The price of those strings on the Fiddlershop site were the lowest I was able to find anywhere, too. So, it was a no brainer. The strings were sent separately. Should arrive in a couple days. I don’t need them really quick because these strings that came in my cello will be good for a long time.

Maybe try the Kaplan Premium Rosin dark? There is more than one D’Addario dark, so make sure you get the right one, if you try it. I am very pleased and surprised.

Lots to think about.

I have a luthier and he sold me my violin so he knows my violin very well.  I can see him in person and he can hear my strings and how they sound with the rosin I am using.  He can watch me play and tell me if it is my technique, my rosin, or a combination of either.  I would probably talk with him before changing anything anyway.

I am sure that Fiddlerman products are excellent... no doubt.  I just really trust my luthier with my violin.

Great, so after the recommendations for light rosin you asked for, you went with dark!

@Gordon Shumway What can I say? After giving all of my info to D’Addario (cello, strings, bow, the issue), they recommended the softer dark. They gave a good explanation why and I kind of understood what they were talking about. They could have said the light, it would have been their product, too. So, I went with the dark. Seems to be working for the moment. It was still working just as well for me last night. I am hoping it stays that way.

Hey, look at all the information we learned.

Oh, Fiddlershop was saying a softer rosin, also. D’Addario said the same thing, so, I decided to try it. Must give them credit. They are very good at responding to customer questions.

You are welcome. I put a review on your shop site, too, and for the magnetic pencils.

I also use the D'Addario Kaplan Premium dark rosin (the one in the cute little hard case) on my violin.

It produces a nice smooth sound on my violin.

It is however, an unusual product for 2 reasons:

1.  I have to re-rosin approximately every half-hour of play.

2.  Oddly it leaves no powder at all on my instrument.

I was so baffled by these two unusual behaviors that I just assumed I was putting too little rosin at one time ... so I went overboard as a kind of experiment and rosined the heck out of my bow.  Mistake!  My playing was all scratch for a couple of days 'till it wore off.

So, as long as you don't mind rosining your bow frequently it is a great product that produces a nice sound and leaves next to no residual powder on the body of your violin.  I would abstain from using it during a long performance though, since it wears off so quickly ... but it is great for practice and super long-lasting.

To summarize:  I feel this rosin is a bit shy and eccentric .... but definitely loveable.

@littlefox - Welcome to the forum!

I'm having a hard time trying to figure out why you would use a rosin you have to re-apply every half hour?

I usually play for a couple hours a day and my "Andrea Solo" lasts me TWO DAYS!

AND, there is no dust on my Violin - except some residue on my strings, which I keep wiped down.

Sometimes I use a little "Premium Holstein" - applied 1st, under the "Andrea Solo" for when I plan to use my G & C strings a lot (I have a 5-string Violin).

I hope you'll consider trying a different rosin so you can enjoy playing longer without unnecessary concerns.

Could you introduce yourself?  There's a place for New Members to do this at the beginning of the Forum's subjects.  It would be nice if you could tell everyone a little bit about yourself!

I have read a lot of violinists who will rosin a lot because they like the rosin. i have read it in articles. I am the one who started this thread. I still like is rosin, but had to stop using it due to issues I developed with a lot of rosins over the past year. I am hoping to be able to use these rosins I like after a while.

It may be conditions in each person’s  house that affects how rosin acts. It may be where they are playing, outside, inside, AC room, windows open, etc. Different string brand, different bow, a rehair, etc. I think that as a beginner progresses and the bowing changes will also affect how the rosin works. I have reviews different rosins I like. i I really do still like the previous when I review another. Playing conditions change and I had to adapt.

That is what I believe. I have read different opinions, but this makes sense to me.

Thanks for the reply to my post.  I decided to take your advice and try some new rosins.  I bought Hidersine 6V and Jade L'Opera.  I don't like the Jade at all ... it seems to have little grip and I slip and slide all over the place.  But I do prefer the Hidersine now over the Kaplan and while all three leave no trace of rosin powder on my violin, the Hidersine also leaves less of a footprint on my strings than the Kaplan did.  There are so many to try - and as Mouse said ... equipment, preferences and environment surely play roles in one's choice of rosin.  I look forward to trying out more rosins in future.

That's good to know, Pamela - glad you found a rosin you like.

I think there's more out there I want to try, too.

It can get pricey when you start trying different rosins, but some manufacturers offer "half cakes" which is more than enough! (lol)

There's another great thread on rosins under the main "Violin" heading (2nd page, about Fiddlerman strings), you may enjoy - probably even more floating around other places in this forum, also! 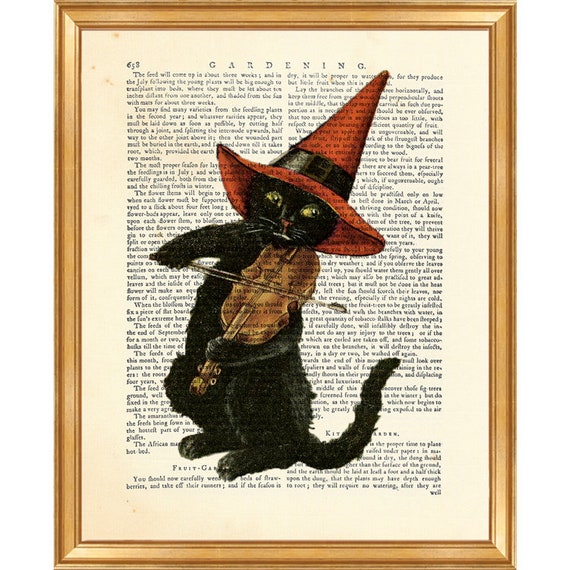 You can view some information on the Fiddlerman Homepage.😁