I also enjoyed the movie but mainly for the drama, and the fantastic violin virtuoso music going on throughout. I must admit that I didn't like the ending. Granted, happy endings are customarily American movies, not German. LOL
I do like the example that portrays that classical music doesn't have to be boring. It was rock n roll back in the day.

Oh Pierre.  I am so glad you enjoyed it.  I loved the drama of it all also.

coolpinkone said
Oh Pierre.  I am so glad you enjoyed it.  I loved the drama of it all also.

Thanks, I sure did. Made me feel like digging up the 24 Caprices again. I used to love working on them when I was young. They really played on the popularity of Caprice #24.

Excellent movie! I finally got to watch it today, and enjoyed every minute if it.

One of my favorite scenes, was when he played in the pub.

And such beautiful music in the film. Couldn't get enough of it.

I do think David Garrett was a good choice for the part. I also noticed in the credits, that he is one of the Executive Producers.

Omg.. Pierre...It inspired me to play also. (Of course I was only able to pull  out  your version of Swan Lake)... but omg... oh oh ...And the Caprices are so excellent. I am tickled that you felt inspired.  I loved the musical score from that movie.  So intense...I love the intensity of Paganini... omigosh.

I liked the film, i know very little about Paganini's life so wasn't bothered by any inaccuracies.  I was mildly terrified by the skill involved to play the caprices but very much enjoyed watching David Garret play. 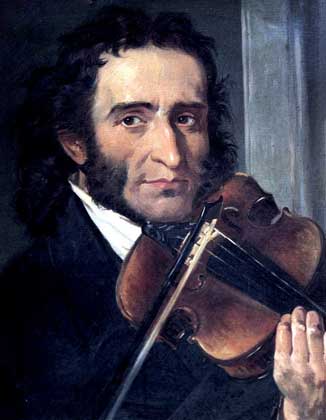 Im am pleased you all enjoyed it, as for accuracy , I passed a long time a go so who is so sure the expert.  Time to fade back to where I emerged...see you soon fiddlers

I am not handsome, but when women hear me play, they come crawling to my feet

To the Ghost of Paganini:

Thank you for that clip. I love it.

Please don't be a stranger.  I will be continued to be inspired for a long time.

coolpinkone said
To the Ghost of Paganini:

Please don't be a stranger.

You have to say it three times.

Perhaps David Garrett isn't 100% qualified for the part because of his appearance. But then again they changed the story concerning his popularity with the ladies. 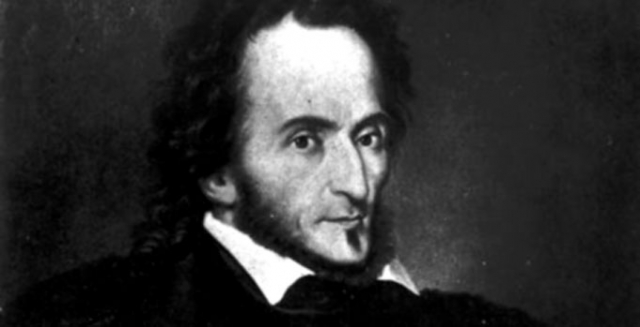 Ok...so does everyone think this picture of Paganini is homely or not super attractive.  Was Paganini  known for being not handsome? I am just curious..because in this photo that  Pierre posted, I don't think he is ugly... put a violin in his hand and I am thinking he is quite handsome.....have him play for me and I'd swoon.

Well, I think we would have to see him in person to really know. I guess my main feelings about it come from what I was taught, which is also strange if you think about it. Why was I taught that someone was homely to begin with? What does that have to do with anything?

You are so right Pierre.  I had always heard that point about him also. But who really knows?   I just know I have been caught up in his music lately.  I know my professor at college appreciated the depth of  his compositions.   I think some day if I can just play a smidge of something Caprice-y... I will be diggin it.

Finally got around to watching - ( had to fit in the Hungarian Formula 1 coverage first of course... sorry folks! ) - but I seriously enjoyed it - thanks for posting!

"I am not handsome, but when women hear me play, they come crawling to my feet."

So it sounds like he didn't consider himself a "pretty boy", but it also sure doesn't sound like he lacked self-esteem over it too much. LOL

I don't figure they picked David Garrett for looking like Paganini so much as being able to play the pieces well.  I will admit I had some doubts, back when I had heard he was cast for the role.  But they had faded a lot as I heard more of his playing over the months.  By the time I actually saw the movie, I was looking forward to seeing what he could do with the character, and ready to be impressed.  The movie did not disappoint.

Very enjoyable movie, and I would rank it as inspiring, musically.

Fiddlerman said
Perhaps David Garrett isn't 100% qualified for the part because of his appearance. But then again they changed the story concerning his popularity with the ladies.

From all the pictures I've seen of everyone else, I think he looks typical of the time. Ugly is only skin deep, but a well played violin can omit the ugly in anyone.