I found a Fiddle!

I found a Fiddle!
It was in hiding I suspect.

So as the title suggests, I found a fiddle! It was in a closet at my fathers' house. Apparently one of the hands on his rig crew tried to learn the fiddle way back in the early nineties and bought himself a fiddle. However, the guy decided he didn't have the time to learn and gave it to my Dad.

My father was a great guitar player in his day, unfortunately rheumatoid arthritis has turned any kind of playing into agony for him. He still does it on occasion, just not nearly as much as he'd like to. Anyways, I told him about my fun learning the fiddle and he mentioned that he had one hanging around in a closet and that next time I visited I should check it out.

I went by last monday and we pulled said instrument out of the deep storage it has been in since about 1993 or so. It is a Ton-Klar, made for William Lewis and Sons, the serial number places it as having been made in the late 80's or early 90's and the specific model is 'The Dancla' overall it sounds better than the one from my local violin shop, that I waited three weeks to get!

Here's a few pics of it, 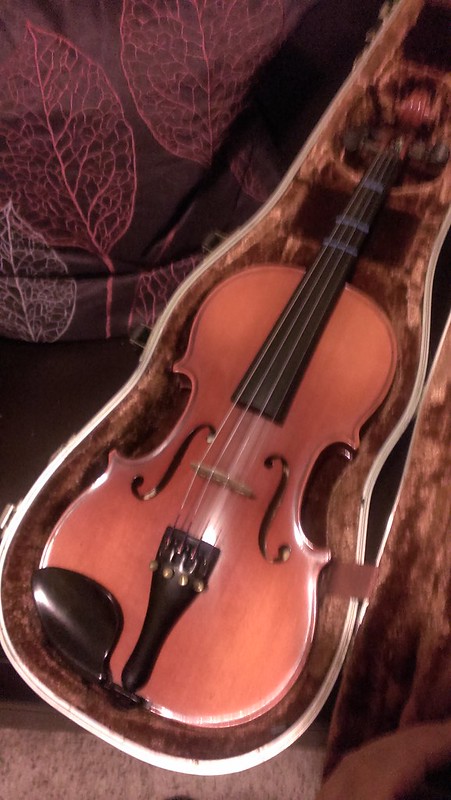 a Two piece back 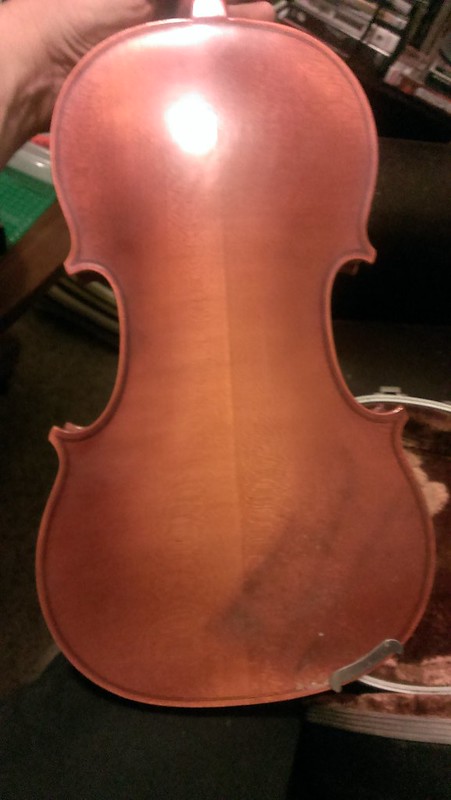 There's a blemish on the area where a shoulder rest would have been, I'm not sure what caused it or if it was 'case rash' on a poorly cured finish, but it still sounds really good to my ears 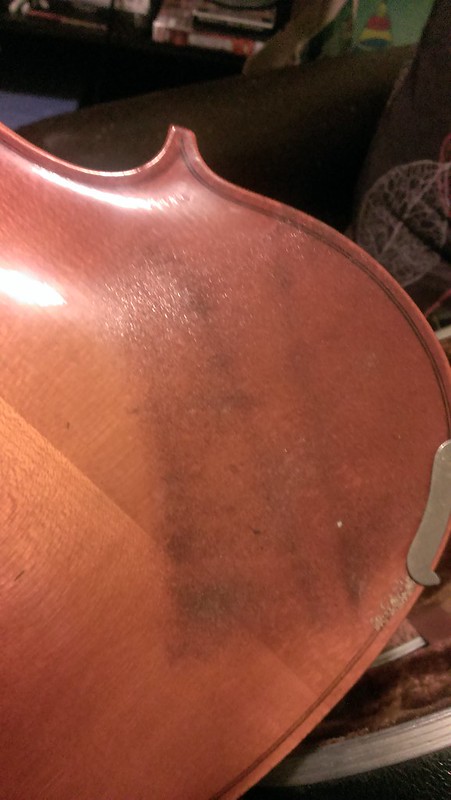 I guess the thing I really like about it, other than its' rather clear, golden tone, is that it has a few flaws. Those flaws add character I think and I rather enjoy (being a) character

awesome find! i'm glad you found a fiddle you love! makes playing and learning so much easier!!

Holy cow..that is so cool.  Pretty violin and I am so very glad you like it.

From the location and shape of the blemish on the back, I'd wonder if it might have come from one of those sponge-type shoulder rests being left on too long, perhaps.

Still, that's a minor thing that doesn't interfere with playing it.  Congrats!