There's a long back-story to this - but I'll keep it as short as possible !

Back in the day when I was still questioning everything about the violin, and specifically, rosin types and behaviors, a number of folks on the forum (and other places) had talked about "Baker's Rosin".

Now, I'm a Scotsman, and, true to type, it's not that we're "mean" - we just don't like to see stuff being wasted - but that's what happened back then with various cheapo, glass-like rosins I had tried - into the bin they went.   No big deal, but still annoying!

So, I thought, also being intrigued by the fact that the Baker's Rosin was a hand-made artisan product, with very limited production runs - why not give it a try - and indeed - support an enterprising individual - sounded like a plan !

So, 4 years ago, I registered on the site  and I fully understood that there was a list, you get added at the end, there is no guarantee you will necessarily get the product from "this year's" production run - although - he does close the list off once he knows for sure he won't be able to meet demand in any one particular year.  That's all good, and I was happy to register, with the later opportunity of being given an option to purchase a rosin cake when available.   I was perfectly happy to wait my turn.

Anyway, about 2 years later, I had heard nothing, so I went back to the site and (unintentionally, as it happens) re-registered.   It was then I discovered that this very action (re-registering) effectively REMOVES you from the list - it's their way of stopping DOS and spam attacks.   So - I start a ticket - and - I get a response.   My accidental re-registering was understood, and we engaged in an interchange of chat via the ticket posts, and indeed, several more interchanges by personal email - just chatting about stuff in general, and the nature of his hand-made product.  All cool, and I was back-on-the-list.

Well, another 2 years go by and nope, nothing happens, no email with the offer to purchase - so - well - I just give up.  What's the point ?   When I say I'll do something, I do it - and strangely enough - I expect the same of others !

Then, by curios coincidence, Baker's was talked about on a Facebook thread, and I mentioned my problems about getting hold of it (not that I was overly concerned by now) - and both @damfino and @coolpinkone immediately responded saying they had a SPARE cake - I mean - apparently as rare as rocking-horse-5hit and two folks I know have two cakes each !!!!

So - THANK YOU ALL LADIES - it will - if nothing else - at least satisfy my curiosity !

My initial use with it was this afternoon - and so far - it's quite interesting - because - I have strung my FiddlerMan Concert with octave strings.  Now, these strings are really nice for what I want them for - but - they don't half take some heavy bowing, especially on the G and D - it takes a bit of effort to get the bow to engage with the strings.  Until now, the bow carried Andrea Solo, but, with the Baker's I find I need an even heavier action to get engagement on the lower strings.   Perhaps a stiffer (and possibly heavier) bow - like a viola bow might just be more playable... but that's about the strings anyway, and not so much the rosin... 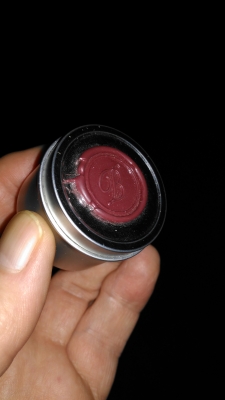 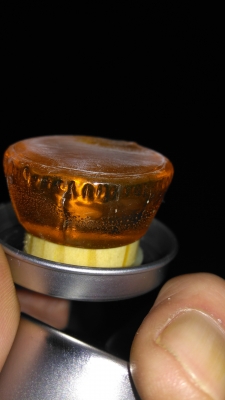 It sounds like it was “no soup for you.”  Unfortunately, this is an American reference.  If you look up soup nazi on Youtube, you will be in on the joke.

You have some paitence Ill say that.  Crazy.  I was expecting as I read that the 2 cakes you ordered were sent to the other members by mistake..:)  it does sound like a seinfeld episode.

Oh yeah, my finding, especially here in winter months with any light rosin, is it doesn't have any bite to it. Bakers falling into this, too. If I know I want to practice any fiddling with punchy sounds to my rolls or triplets, I make sure to throw extra rosin on my bow before practicing it. Summer works out much better with light rosins here. I don't understand the science behind it, but I do recall that being one of the first things my teacher told me in my lessons, that around here, light rosins are good for summer, dark for winter (super big difference in humidity). But she personally didn't bother to switch out, and I never got into the habit. Though I do have some dark rosins, I don't use them often.

LOL @Irv finally got around to watching the clip - "No soup for you" - thanks for that, very funny !

And yup @damfino - on the MJZ (normally strung) - it (the Bakers) does feel like it has a lighter grip with a slight tendency to slide with my usual bowing, but, with a little attention to bow control, tension and action, so far, I find it quite playable.   I'll stick with it for a good few weeks - because I wasn't going to "clean" the existing bow hair with fluid or anything - I just combed it and wiped it down - so there'll still be residue from the previous rosin - a few more re-rosinings with Bakers should get it pretty much to the point where that's all the strings are seeing...

Bakers rosin is a bit of a soup nazi

LOL. That is funny Mandy.