Don’t expect a Stradivarius when violinist Glenn Donnellan steps onto the stage at Barbara B. Mann Performing Arts Hall this weekend.

Donnellan’s violin is made out of ash, not willow or maple. It was built in modern-day Louisville, not 17th Century Italy.

And in a pinch, Donnellan could use it to knock a home run all the way up to the cheap seats.

Now, that's different. XD I wonder how far from the average EV it sounds.

I just HAD to take a closer look - 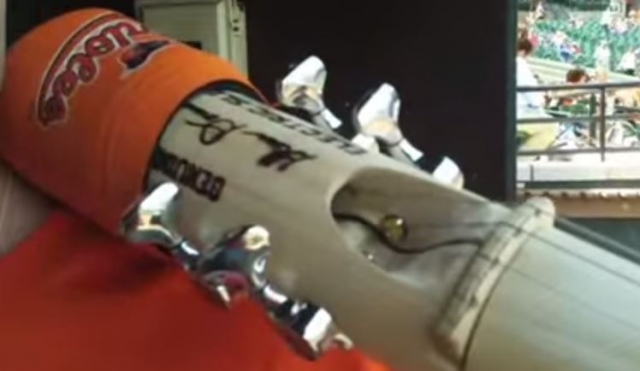 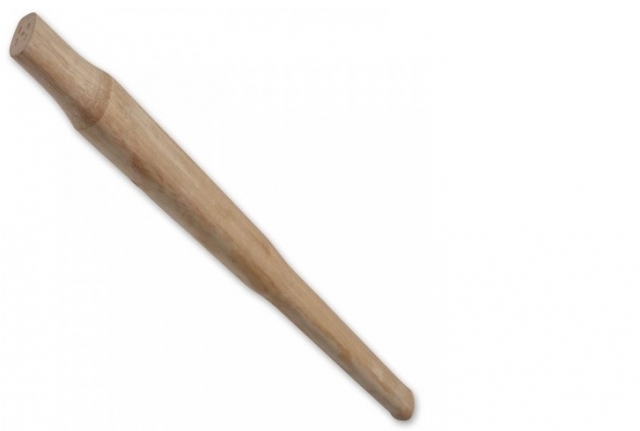 augustoad said
Now, that's different. XD I wonder how far from the average EV it sounds.

I checked out a couple of his renditions of the USA National Anthem on you-tube - my EV sounds much the same through the FX box with "Metal" and overdrive settings.... LOL (but I don't play it as well as he does ! )

Yeah, there are some design ideas there that are just brilliant.  Ash would be a good wood, so far as hardness and durability, but so would hickory.

With EVs, so far as the purists are concerned they are a travesty from the word "electric" anyway.  So no reason not to look into different woods and different tuner arrangements and etc.  I really like how the bridge is set on that baseball bat design.  You can bet that puppy is never going to warp or break. LOL

Yup, the tuner pegs look like guitar style gears.  So far I've only found them in packs of 6 - but I would need to get the mechanical drawing (or at least some sizing information) before I go down this road.  Just seems such a fun idea....   Just thinking about how to anchor the string ball/loop ends.   The more oval shape of the sledgehammer shaft may lend itself to 5 strings....   I really need to get a life! LOL

Oh, you already got a life, Bill..  You just need to get over thinking you need to explain or justify it to anyone. LOL

If you have a music store nearby, they often have a box of old cheap-o tuning machines left over from people upgrading that are usually pretty cheap.

The sledge hammer handle idea reminds me of years ago when a couple friends of mine were in a car accident.  He came out of it ok, but she had to spend a couple weeks in the hospital.  And her cello that had been in the trunk was "a total loss".

She was pretty bummed about that.  It was a student instrument left over from high school and would have cost much more to repair than it would to just buy a new one and neither possibility was even remotely in the budget.  Her bow had survived, since it was up front with her and not in the case with the instrument.

Anyway, in a mad moment, her old man and I scraped together about 20$ and a very few parts he'd scrounged from the wreck of the instrument when it was thrown away.  3 machine tuners and one or two strings and part of the bridge were about all that he had that was useable.

So we went on a shopping trip, bought a hickory axe handle and some electronic odds and ends and hardware store parts and I cobbled it together in a few hours with some scrap wood to make a makeshift sort of a 3 string electric "cello", copying things like string length, height and spacing from a cello in a music store.   I think we used an old G string off a bass guitar for one of the strings.  I built a little headphone amp into it and a quarter inch jack so it could be plugged into a guitar amp.

I knew nothing about bowed instruments at all at the time, so I was amazed that she could actually play it.  But it worked and it only took her maybe a minute to get used to it and she was actually sounding pretty dang good.  The sound is always more the player than it is the instrument, I guess.  She was delighted.  Even more so because with headphones she could play it in the hospital.

We jokingly called it the "3/4 electric cello" because while it was full string length there were only 3 strings and not 4.. Ok, maybe you had to be there for that to be amusing.

But the neck and fingerboard being the same piece of wood, and the bridge set in like that to simplify "design" (if you could call it that) were rather similar concepts.  Tuners were at the top, though.  Part of the "body" was made from a hardwood 2X4 so that the fingerboard could be angled back, sides/ribs were made out of a copper-coated steel grounding rod so it could be steadied with the knees when playing, tailpin was made out of a leg off a junk tom leg from an old drum kit, and etc.

I have to admit that I never considered the possibilities of baseball bats, though.

I could see some potential with a sledge handle or axe handle, though.  Need to cut it down a bit for a violin, but.. Hmm.

And you're so right "The sound is always more the player than it is the instrument, I guess.  She was delighted. "

This is an amazingly important lesson!!

"The sound is always more the player than it is the instrument, ..."