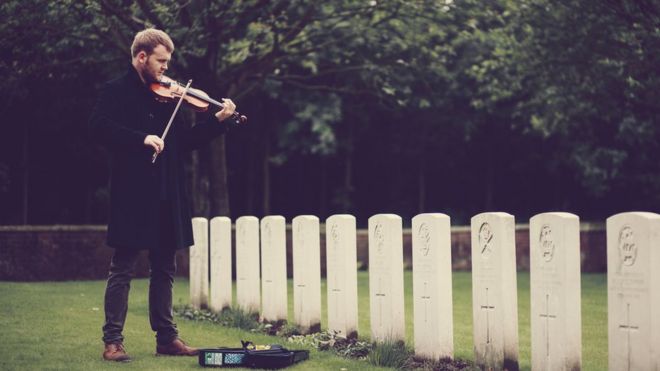 A violin made by a soldier killed in battle during World War I has been played at his grave on the eve of the 100th anniversary of his death.

Richard Howard, who died on 7 June 1917 in the Battle of Messines, started making the instrument in 1915 before enlisting in the army.

It was later finished by a luthier in Oxford before being bought by folk musician Sam Sweeney in 2009.

Thanks for sharing this.

I played a set of my very simple and poorly played tunes over my daughters grave and felt good afterwards. I even saw tears in my wife's eyes,,,,and that is always a good thing.

What a fine gesture, @MrYikes

And, whether or not "simple and poorly played" - that matters not a bit !!!