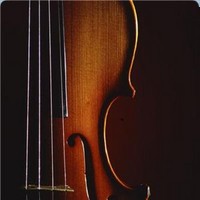 Playing the violin as an extra-curricular activity could help improve childrens reading levels, it has been suggested.Christina Patterson, writing for The Independent, said that not only does playing a musical instrument help to broaden a childs mind, it can also improve their performance in the classroom.She explained some 84 per cent of school children who took up the violin prior to a recent assessment saw their reading levels rise by two levels.Similarly, 75 per cent of pupils saw their abilities in the field of mathematics improve.Ms Patterson said: “Its so obvious that children can do anything if we teach them how to do it that it almost doesnt seem worth saying.”She added how she was moved by a recent performance by Lambeth schoolchildren at London’s Royal Festival Hall, where they “beautifully” recited musical variations of Twinkle, Twinkle, Little Star and other such school classics.Londons Music Education Fund has recently been launched by Mayor Boris Johnson, with the initiative aimed at providing encouragement to more youngsters to pick up musical instruments