Peter Oundjian to pick up violin again – via The Strad 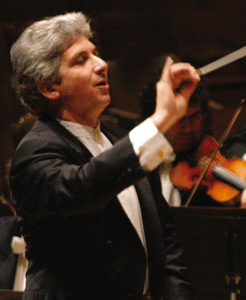 Peter Oundjian, Music director of the Toronto Symphony Orchestra is to pick up his instrument again

Peter Oundjian, the Toronto Symphony music director whose career as a violinist was cut short in 1995 by focal dystonia, is to pick up his instrument again, reports the Globe and Mail. In April 2012 he will partner his former teacher Itzhak Perlman in a one-off performance of Bach’s Concerto for Two Violins. Oundjian was first violinist of the Tokyo Quartet for 14 years until illness forced him to make the switch from bow to baton.

This entry was posted in News and fun. Bookmark the permalink.