A gang of thieves who stole a £1.2 million Stradivarius violin from an internationally acclaimed musician tried to sell it for just £100, a court heard yesterday. 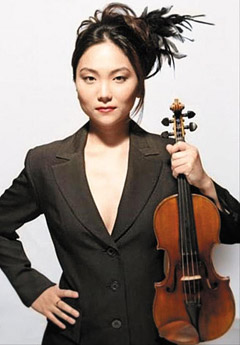 The South Korean-born Min-Jin Kym, 32, began playing the violin at the age of six.

Despite researching the violin online, Maughan, 40, and his two teenage accomplices were so ignorant of its value that they offered it to a stranger in an internet café for just £100.

But the man turned down the offer claiming that his daughter already owned a recorder, Blackfriars Crown Court was told.

Maughan and the two accomplices, aged 14 and 16, were arrested four weeks later following an appeal on Crimewatch and yesterday admitted a single charge of theft.

However, the violin – one of only 450 in the world – has never been found and insurers are offering a £15,000 reward for its return.