Titanic Band Leaders Violin Survived and May Be Sold 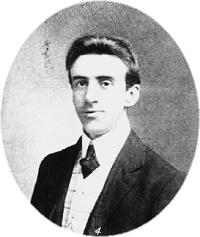 Book publisher Thomas Nelson put this out on the wire on Thursday: A newly published book, The Band That Played On: The Extraordinary Story of the 8 Musicians Who Went Down with the Titanic by Steve Turner, claims that the violin which band leader Wallace Hartley played as the Titanic sank in April 1912 survived and may be offered for sale at the time of the sinkings centenary next year. Those close to the project claim that if scientific and historical tests yield a positive result, it will be the most expensive Titanic artifact ever to come onto the market. Tentative plans have been made to send the violin on a world tour ahead of the proposed auction. The fate of Hartleys violin has long been a mystery. All eight members of the band perished in the disaster, but the bodies of Hartley and two others were found by a search crew and taken to Nova Scotia, Canada.Newspapers reported that Hartley was found with his violin strapped to his chest. However, when the effects were itemized in Nova Scotia there was no mention of it. The assumption has been that the instrument was spirited away by someone involved in collecting the corpses.During research for his book The Band That Played On, Turner came across photographs purporting to show the violin, leather case, a diary, and sheets of music. “Someone with a knowledge of the Titanic had been sent them by a collector who was trying to authenticate the story behind these effects,” says Turner. Among the evidence is a 1912 diary containing the draft of a letter to authorities in Nova Scotia by Hartleys fiance Maria, which reads; “I would be most grateful if you could convey my heartfelt thanks to all who have made possible the return of my late fiances violin. May I also take this opportunity to express my appreciation to you personally for your gracious intervention on my behalf.” The most convincing thing about the violin, which was in a brown leather case with the initials W. H. H. stamped on it, was the inscription, “For Wallace on the occasion of our engagement from Maria.” “The Titanic band became a symbol of self sacrifice and unflappable dignity,” says Turner. “Their playing of Nearer, My God, To Thee became legendary, and since the films in the 1950s and 1990s, the bravery of the musicians has become even more well known. Other than retrieving the bow of the ship, this must be the most symbolic artifact of the Titanic likely to be found. “If scientific tests yield a positive result, it will also be the most expensive. According to Steve Turner, the instrument is currently being handled by an auctioneer in Britain. “Everyone concerned has been sworn to secrecy. Other than admitting that the violin exists and that the photos were genuine, they wont be giving out any more information until the day the announcement is made.”