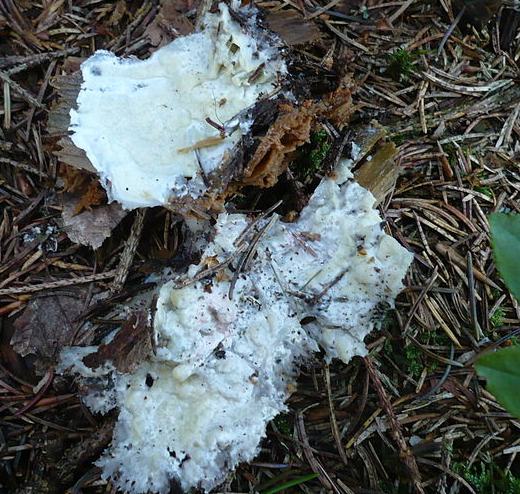 A soggy wooden board carpeted in soft white fungi doesn’t look like much, but in the right hands it can become a world class violin. According to a recent sound test before about 180 people, two fungi infested violins bested a multi-million dollar Stradivarius.

“Never in my wildest dreams did I think that our violin would be identified as the Stradivarius.” said Francis Schwarze, a scientist at the Swiss Federal Laboratories for Materials Testing and Research who treated the wood used in the bioviolin.

Ninety nine percent of wood-attacking fungi create loose and soft wood that has strange acoustic properties. By measuring how sound echoes through a tree, scientists can get a good idea of how healthy the tree is.

While using sound waves to check up on trees, Schwarze noted that a handful of fungal infections didn’t produce widespread rot. The density of the wood decreased slightly, but the speed of sound remained the same. Schwarze and Swiss violin maker Michael Rhonheimer decided that they would try to make a violin out of fungi-treated wood and see how it sounded.

The top and bottom plates of a violin are made using two different kinds of wood. Spruce for the top plate, and maple or sycamore for the bottom plate. Each wood is treated with a different virus. Physisporinus vitreus for the spruce, and Xylaria longipes Nitschke (also known as Dead Moll’s Fingers) for the sycamore.

Each quarter cut, along with a piece of slate, inoculated with the appropriate fungi, is submerged in a box of water. The fungi grows from the rock slate into the wood, degrading the pit membranes on both sapwood and heart wood but leaving the majority of the wood unaffected.

Six to nine months later the scientists remove the wood, now covered in a white coat of hyphae and up to 15 percent less dense than before, from the boxes and behind the mechanical process of turning the wood into an instruments.

The less dense wood now has different acoustic properties. Generally speaking, the wood sounds warmer, a combination of increasing the dampening factor that makes high notes more palatable to the ear, and an increase in the radiation ratio, or the ratio of the speed of sound to the density of the wood.

According to Schwarze, treating the wood with fungi artificially recreates the structure of the wood that was naturally occurring during Antonio Giacomo Stradivarius’s lifetime. The Little Ice Age, a period of abnormally cool weather between 1645 to 1715, made trees create more uniform wood. Treating wood with the fungus artificially recreates wood similar to that which was created in the Little Ice Age.

Schwarze and his colleagues built five violins. Two violins were created using wood from the same tree but not treated with the fungus. Three violins were made from wood treated with the fungi for six, nine and 12 months. Only the violins treated for six and nine months were used in the testing. The violin treated for twelve months developed cracks during production and was discarded.

Using the four violins, two treated and two untreated, and a Stradivarius valued at $2 million, British violinist Matthew Trusler played for an audience of more than 180 people earlier this month at a forestry conference.

Treating quarter cuts with fungi isn’t likely to become standard practice for violin makers, said David Wiebe, a violin maker from Woodstock New York, but the idea is “worth following up on.”

Whether the violin is an original Stradivarius or made from fungus-treated wood, it takes a master violinist to bring out a violin’s complete promise.

A great violin “cannot be accomplished with one or another secret chemical or biological application,” said Wiebe. “It has to do with a deep lifetime dedication.”