We all know firsthand that music can improve your mood, but it can also have real, measurable effects on brain chemistry. A Portland-based startup tech company is developing a new device that’s designed to improve mobility in people who’ve had strokes by retraining the brain to walk again, using the music of their choice.

At a coworking space in Portland, neurologic music therapist Brian Harris works with two stroke survivors. He and his team at MedRhythms are testing a device dubbed The Stride that they hope will soon revolutionize the world of music therapy.

“With them it’s like, oh my goodness. I felt like I was walking so fast. I’ve never walked that fast in my life. I felt like I wanted to run,” says Deb Hanmer, who is participating in the trials.

Hanmer had a stroke 20 years ago and has since undergone many different therapies. 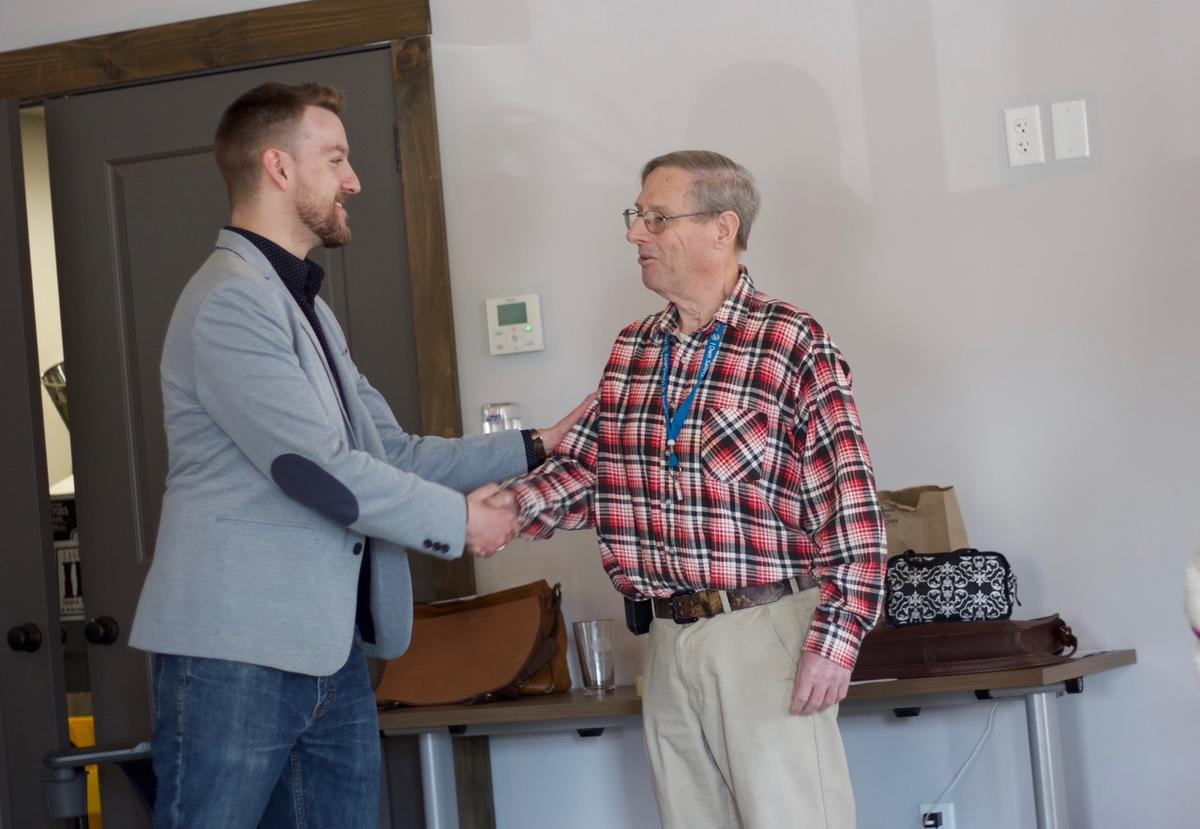 But music therapy, Hanmer says, has never been available where she lives in Dixfield, which is one of the problems Harris hopes to solve by delivering therapy through smartphones.

In the last 20 years, a more science-based approach to music therapy has emerged. Neurologic music therapy, or NMT, is a subdiscipline that focuses specifically on treating neurological conditions, the goal being to repair damaged pathways in the brain caused by disease.

MedRhythms is working to bring aspects of NMT to anyone who needs it, through technology.

“We’re a digital medicine company that is using sensors and artificial intelligence and music to build products based in neuroscience to help people improve walking,” Harris says.

Here’s how it works: The patient wears a small sensor clipped to their ankle. As they begin to walk, the sensor analyzes their gait.

“That data is then fed into our algorithm, which is mobile phone-based or smartphone based, and our algorithm changes music in real time guided by neuroscience principles of how music and primarily rhythm can improve walking, and this happens in a closed looped manner,” Harris says. 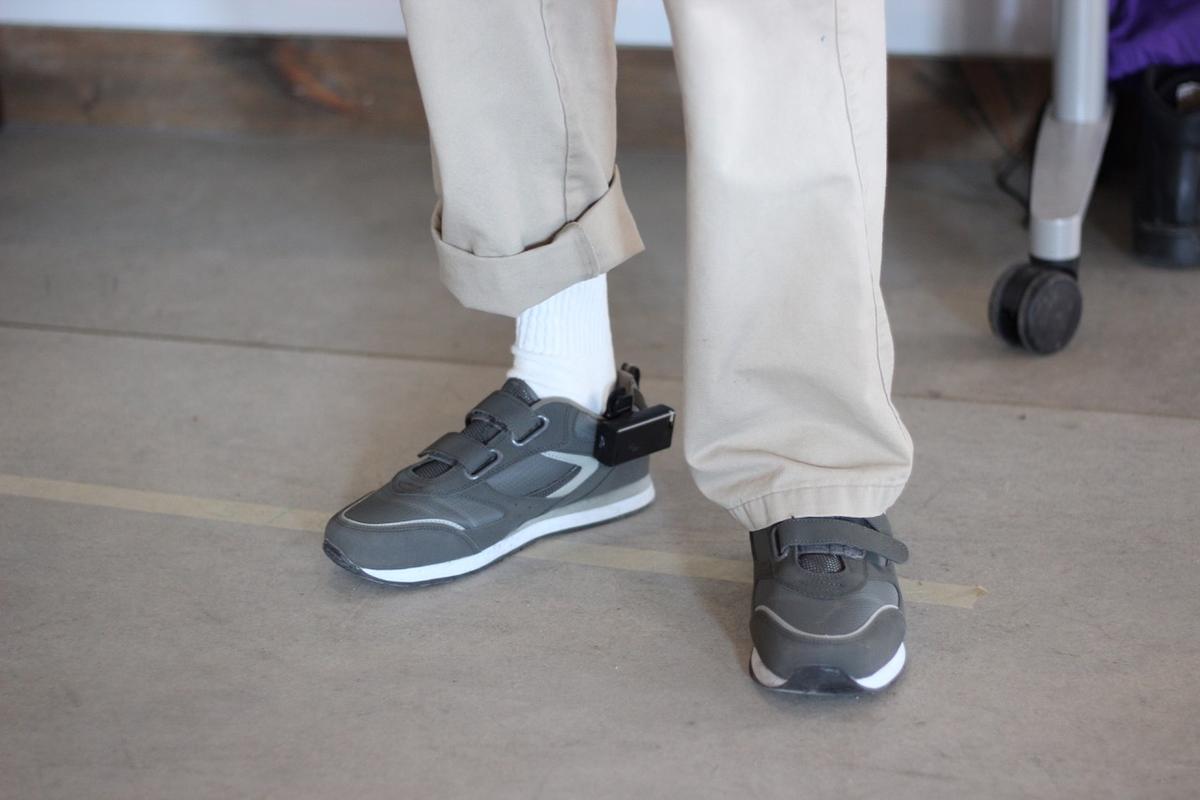 If the patient can walk in time to the beat, the app will slightly increase the tempo to encourage the patient to go a bit faster.

“I think it’s the cutting edge, I really do. A lot can spring off that,” says Ralph Poland, a patient who has had two strokes, after which he completely lost feeling in his lower limbs.

Ralph eventually regained some mobility, but would like to see much more improvement.

“I hope someday to be able to run again,” he says.

After training and working as an NMT in Boston, Harris partnered with Owen McCarthy to develop the digital therapeutic tool and bring it to market. Both are from Maine and had left the state for work and education, but decided to move back and base their company in Portland.

“I mean it’s nearby Boston, which is a health care mecca, but we can keep the lifestyle and the quality of life and recruit the right culture of people here,” McCarthy says.

McCarthy works more on the business side of the company and says he has found his home state, for the most part, to be a fertile place for a tech startup.

“There could always be more software engineers and talented engineers in almost any area, but we’re happy with what we found,” he says.

There are still hurdles to get over. Figuring out third-party reimbursement being a major one. Harris says they will soon start conducting pilot studies to demonstrate to payers that their product actually helps patients. This is usually done region by region and can take a long time.

“Health care is challenging. We’ve got some work to get there, but we are setting a foundation now and setting up a structure that is such that as we get closer to market with our product, that it will be third-party reimbursed and cost nothing to the patients,” he says.

Funding is the other major hurdle. MedRhythms has received a number of grants and network support from the Maine Technology Institute, and recently got back from meeting with investors in San Francisco.

If all goes according to plan, The Stride will be stepping onto market in mid 2019.

Correction: Deb Hanmer, not Hamna, is participating in The Stride trials.

I can be found playing the violin since December 20th, 2011. Music is what feelings sound like... Victor Hugo
View all posts by coolpinkone →
This entry was posted in Member Articles. Bookmark the permalink.