Yes, today December 29, is International Cello Day, as pointed out by @Ilona in the chatroll.

Here is a link explaining International Cello Day, That is all it is for, yep, we have a web page for that, who needs an app?

In case you are leery of links, International Cello Day is on Pablo Casals’ birthday. That is basically what it says.

I did not place this in the Cello section, I wanted to share with all in the bowed strings instrument group.

Thanks for mentioning this, Ilona.

I think I will bake a cake today.

Yep, this day deserves a cake! And a lot of playing of course! 🎶🥰
I will bake on Saturday, because my one-year anniversary of playing the cello is then. 🥳

Well, I like cake, when and where is the party taking place!!!

I think there still might be 2 cupcakes left from our grandson's Xmas Birthday celebration.  One of those will have to do, but rather have yours, Mouse.

Carol of the Bells (for 12 cellos) - The Piano Guys

@Ilona - Wish I would have found this earlier!  BTW, have you really only been playing the cello less than 1 year?  I'm astounded!  Bravo! 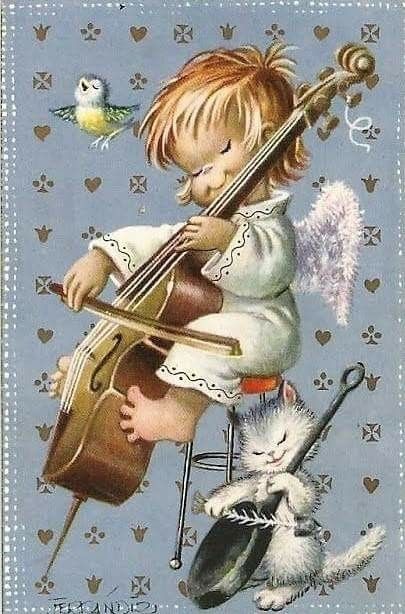 @ELCBK Thank you for these videos! I like a lot The Piano Guys and love how Steven is always so happy when he plays his cello! Just like me! 😄

That video by Jussi Makkonen is really nice too. So great there was also subtitles in English! Jussi has sometimes online concerts on Facebook and I have watched couple of them. He usually talks a lot about the pieces he plays, but unfortunatelly only in Finnish.

And yes, I have played the cello less than a year, but very, very soon I can say I have played 1 year. 👍🏻🥳 Can't wait for what the second year will bring when it comes! At least I have big plans and dreams... 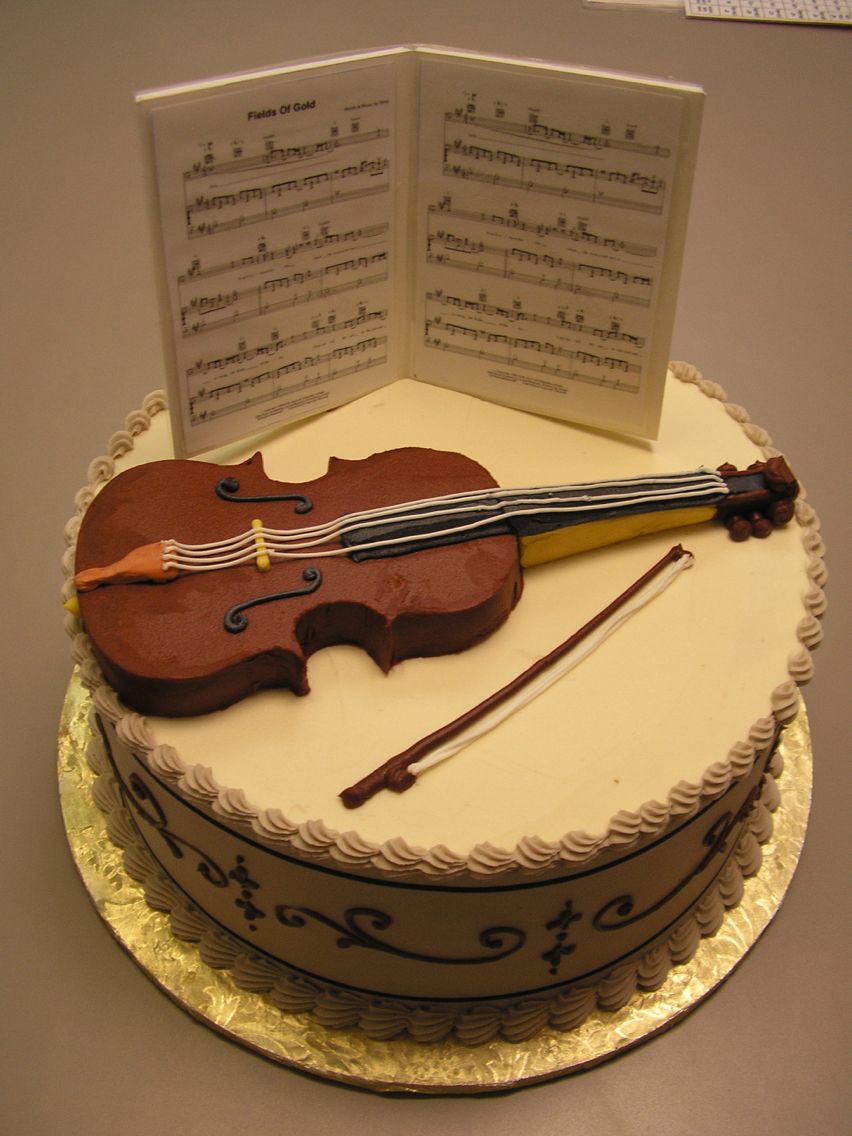 OMG! This cake! International Cello Day deserves this cake! Did you bake something like that, @Mouse? 😄😮

@Ilona, no, I do not get fancy, anymore. If they had made that cake a loaf cake, they could have done a cello, not a violin.

I have done a tiered wedding cake, fancy 50th anniversary cake, train with cars cake (raffled off at a firemens' carnival when they used to do those. That was like 30 years ago. I look back and wonder, WHY? I can't see where that would be fun to do now. 🤪

On a side "note", the wedding cake. I was talked into doing it for a brother-in-law and future sister-in-law. I kept telling them I couldn't do one like that. I did not have what was needed. They kept on with it. I told them to make sure they had a level table for it. I also said that I would not be held responsible if it dod not work and they ended out without a wedding cake. I was not going to buy a replacement or take any blame because I was not a professional. I would TRY.  They agreed

I didn't do cakes as a business and if he wanted it done by me (free), that was as far as I was involved. The table, etc was his responsibility, Well, the table was slanted. The floor, actually. It was a hall in a firehouse. The cement floor was slanted towards a center drain and they did not adjust the table for that. I did mention that to them, too, when I said I would not be held responsible. I told them the floor is angled. They forgot. Enough said, but I will continue.

The cake photos had to be done really early so the tiers could be dismantled before it tipped over. I had to point out it was tipping over. I remember saying, "Uh, (brother-in-law's name) you might want to do something about the cake before it lands on the floor."  It was looking like the Leaning tower of Pisa.

I was not being mean about not being responsible for it. I had no idea about making those cakes. In reading, there are specifics for density to support the tiers, supplies needed, etc. I was not in the business of doing that. I was not interested in buying what was needed to do it correctly, or the needed items to transport safely, etc, like actual cake people use. I just knew how to basically do them and did the kinds I could do with normal household items and cake decorating tubes and tips, roses, etc. I did not want the stress and responsibility of getting paid to do them, the fun would be gone. That wedding cake was the last cake I ever did. I gave my cake decorating stuff to my sister-in-law, his sister. It was no longer fun. I did not want requests again.

Now I make us cupcakes or loaf cakes. Usually Elsie's Chocolate Cake. It is a recipe I got from my cousin Elsie before she passed away from cancer decades ago. I loved that cake as a kid  growing up (she was about 15 years or more older than me). It is the best chocolate cake ever. I refer to it as Elsie's Chocolate Cake so my family knows what I am talking about. They love it, too.

So, no cello cakes, although it is giving me that urge to give it a go. 🤣