The Mountain Minor
Movie about An Appalachian Migration Story

Found this website and trailer. Looks like some great fiddle music in it, but I can't find out where to watch/how to rent? I filled out the contact form to find out.

I jist did a search on Dish that included Netflix and it isn’t aired on either ofnthem for the next two weeks.

If you get Amazon Prime Movies or Roku or something like that, could it possibly be on one of those?

I did a Google Search, but can't find anything. All I find is it is supposed to be released in Oct 2019. Well, that's come and gone. I'll keep looking and post anything I find here. 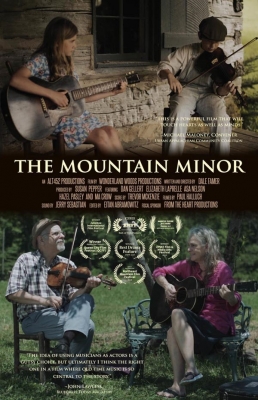 Seems it's only being shown in selected venues right now on certain dates. Found this on their Facebook site with no further info about a general release. 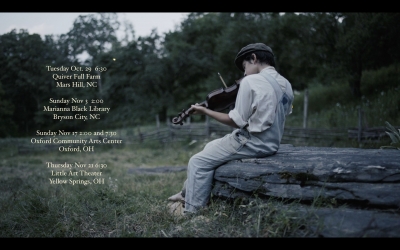 It is apparently made by Wonderlandwoods TV. Here is their contact page. Not sure if it is the same contact recipient as what you used.

Sounds like a small scale film maker company, which often times produces much better movies than the bigger production companies. Maybe it will be released on TV over the holidays and they are just trying it in a few locations more apt to be favorably responsive to Appalachian music?

I would like to see it. I don’t, or rarely, go to movie theaters, but I would love to see it on my TV. It reminds me of an old Sissy Spacek movie that was not a big theater success, but wow, it was good. It was just not a large audience interest movie. Saw it on TV. It was Appalachian music themed, or similar. I can’t remember the name of it. Never can, it was decades ago. When I see it listed on the guide for the TV, I recognize it. It has been a while since it was shown.

I think this movie is going to follow the same route. Limited theater and then TV release. However, maybe it will be a larger Holiday Season release. Have you googled the different theater companies and checked their future movie releases coming up?

Yup, no mention of it.

They are supposed to be releasing DVD and streaming according to old time central article.  They did not list a time table.  Last section of article...

GregW said
They are supposed to be releasing DVD and streaming according to old time central article.  They did not list a time table.  Last section of article...

Saw that. I read other places that the release was supposed to be in October, but can't find it anywhere.

I woke up to an email from Dale Farmer today. He is the writer/director of the movie. He is going to send me a link to the movie in exchange for a review on my blog. I have written back and asked him about general public availability. I'll update you as I learn more.

I received a link to the movie today from Dale Farmer. For obvious reasons, he asked me not to share the link. I will watch the movie when I have a chance and post a review on my blog which I will share here. I will also ask him about the movie's release to the general public.

MoonShadows said
I received a link to the movie today from Dale Farmer. For obvious reasons, he asked me not to share the link. I will watch the movie when I have a chance and post a review on my blog which I will share here. I will also ask him about the movie's release to the general public.

thanks!   any chance you could ask about streaming release also?  specifically Amazon prime video.

I just posted my review of The Mountain Minor. You can see it on my blog at: https://fiddlingforolderfolks......ain-minor/

As of now, I still have no word of a general public release, but at the end of my review, I have listed a contact if you would like to schedule a screening for your group, organization or community.

thanks for the heads up on the DVD.  That's a good writeup you did on it.

I really enjoyed this movie. I thought the DVD price was a bit steep at $20 + $7.95 shipping, but then again, they had to raise all the money to make this movie. (No Hollywood backer.) I did order a copy of the DVD for myself. I am thinking of ordering another copy for my teacher as a Christmas present.

Can also stream on Vimeo on Demand:

Thanks for the info.