I 💖 tunes that switch between Minor and Major keys = modulation!

Found a fabulous new (to me) modulated reel I must learn - "Abbeyleix"!  Here, Sammy Wetstein plays Cello with Emelie & Nora Carroll on Fiddles.

Not sure if I've heard "Mother's Delight", another modulated reel, either - so now I have to learn this one, because these 2 reels make a GREAT set!  Here, Kat & Willow (Iroche6) play them.

Well I've almost got my new favorite reel, "Freemount Bypass" up to speed - obviously was worth being on my OWL (obsessed with list)!  Here's a link to another thread where you can join in the discussion of this tune and the great syncopation, composed by Dezi Donnelly & Jim Murray.

Got a favorite Modulated Reel?

The Carroll sisters (Connecticut) may have a CD coming out, soon.

good find @elcbk!  I havent heard those before so thanks for sharing!

Heres one i picture going on your OWL list...a great danish folk tune...sounds a little jazzy..

That's a VERY interesting tune - going to have to listen to this again, much more closely!

The guy on the snare cracks me up - waiting for him to wind up & take off!  And the other guy needs a bigger sax. (lol)

Really nice that the fiddle had the spotlight here, instead of the expected sax.

All in all, a great tune & very entertaining video, too!

yeah i noticed the sax too...i dont remember an alto that size from the ol grade school band..maybe its a custom soprano?  remember those looking like a clarinet.

sometimes the modulation comes from changing keys in a set...

Yeah, I always thought soprano sax's were straight, but they also come in curved.  There's even a Soprillo Sax (1 octave higher than Sopranino).

yeah..didnt pay attention to reel part.. trying to get back on topic mainly..

it does modulate though..Bm mainly to D for a section in B part.  modally...probably listed as a G tune on session maybe Ador or Bm...cant remember dont have music available..

back to modulation in reels.. sorry maybe someone has one...ill try and think of a reel specifically ..for the question..

drowsie maggie seems like it modulates...for some reason one of the toss the feathers reel too.

Really like "Up in The Air" (even though it's a jig).  I tried to listened close to see if maybe it was transcribed wrong at thesession.org, but don't think so - and Burke doesn't play it at Fiddlevideo for me to see sheet music there.

My ears may fail me, but there's just no indication of a key change, no note changes in the sheet music.

Like you, I also thought other tunes changed keys, like the "Drowsy Maggie Reel", cleverly written - but doesn't.

Is it just the Dorian mode that makes it so hard to tell?

I can see where this can get really weird!

Like with "The Bunch of Green Rushes Reel", it has 3 parts - and it actually modulates, but (to me) it's awefully subtle.  The 1st & 2nd parts are supposedly in F Lydian and 3rd is in D Mixolydian (discussion on Modes, at The Session).

I can see people transcribe it as all just one mode, but then I see they have to notate all the note changes in parts.

Anyway, I think I hear something going on, but can't really tell what. (lol)  Here's Frankie Gavin & Alec Finn playing it along with the "Sean Frank Reel".  Seen Burke plays the Green Rushes, too.

Now, "Mickey Doherty's Reel" (aka. Mickey Docherty's) modulates to another key (obvious in the sheet music at thesession.org), but I've seen some transcriptions that don't.

...I much prefer a tune with a clear cut, major-to-minor change! 🥴

Im sure youre correct on all accounts..

As far as up in the air i based that on what i felt when playing it and making one of my tracks.  TO me in the A part i felt a strong pull to Bm from the melody sorta wanting to go to B alot and the chords on guitar seemed to want to alternate Bm and D..then when I went to the B part it changed ..again..to me and felt a shift to D..notes sorta center on D and Dmaj chord felt right..then toward repeats and then going back to A part I felt a modulation back to Bm..  Im probably wrong and maybe giving a too broad definition to modulation..  but I dont think you can always trust the key signature and eyeballing notes... From where i am right now in learning it seems like its more of a combination of where the melody seems to want to feel at home and what chords and such fit.

as far as drowsie maggie ill have to listen again for impression.  or go see what everyone says about it on the session.  I think whatever is there usually is based on alot more experienced people and anything thats just wrong is corrected from what Ive seen.  I just listed it from what i remember hearing.

how about a super cool modulated SET?? 🤔

foinn sesiun book 4 is written..laid out...in these sets.  Each page has a set of tunes and refrences these types albums as sources.  i cant remember if this particular track is included, but if it was each tune of this set would be notated out and a note a above it that it was from the Tula Ceili band 50 years celebration cd.  simple arrangements so its not cluttered up with ornament notation..but it gives you direction of what to listen to.

this 50 year celebration cd is great btw.  tunes are fast but a great source.

Did you play any modulation or key change in "New Mown Meadow"?

Just found my newest Reel for this thread!  "The Creelman" by Brian Cromarty of Saltfishforty - positively changes key from Gm in the 1st half, to Dm in the 2nd!

Saltfishforty plays it here with these 2 that stay in a single key - "The Normaway Inn" (LOVE IT!) and "The Reconciliation".

So, it was asked on The Session (I'll paraphrase) - what a set was called, if each tune was in a different key?

Key Changes in Sets - on The Session

Tunes With Unusual Key Changes - on The Session 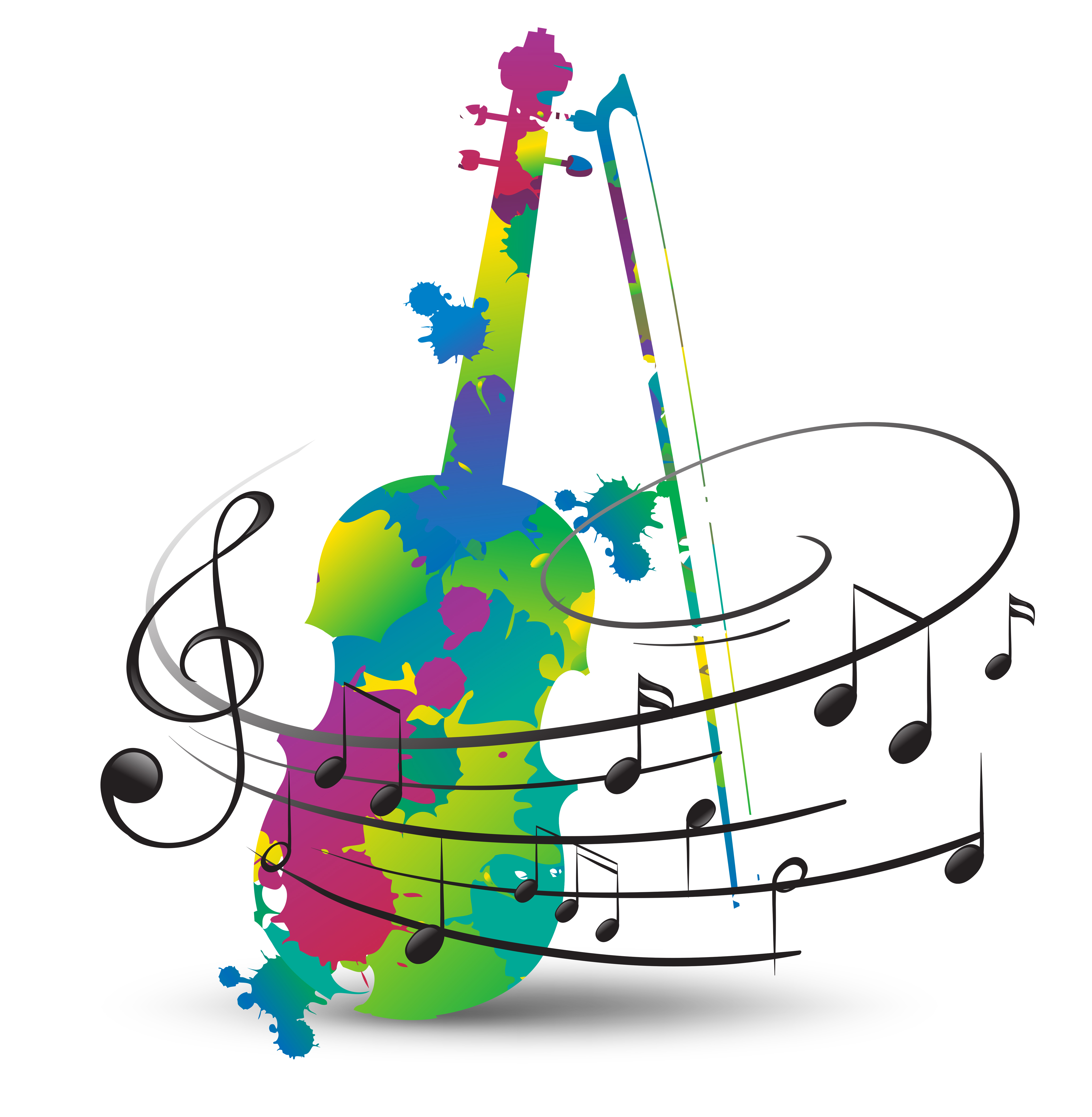 There's 20 or so mentioned there, so you know what I'll be doing later. (lol)

🤔 ...maybe tunes in Major Keys ought to at least be tried modulating to their relative minor.

Hope everyone considers supporting "The Session" for all they give us.

Did you play any modulation or key change in "New Mown Meadow"?

I think it changes from a dark kinda mood to a more light, happier mood or pull.  whats that called? 🙂

Reason I asked, saw on thesession.org that someone shared a video of "New Mown Meadows" (no longer available) - said this version went from "A major into E dorian (or E dorian into A major depending which way round you play it)".

I can see where the version you linked could be seen as the same - Thank You!

Also, found this there - so re-thinking...

Modulation is not merely a change of key. Specifically, for a tune to modulate it has to have some clever turns in it that carefully move the melody from one key to the next. If it simply abruptly jumps from one key to the next it is not modulating. Also, the introduction of accidentals does not change the key either. However, the process of modulation often uses accidentals.

...But loads of diddley tunes do change key from one part to the next. It’s standard and common practice. I can think of tons. Typically it’s an E dorian to a G major kind of thing. It’s not interesting from a harmonic stand point, but that’s not what these tunes are about is it.

Like this one!  "The Seventieth Year", written by Charlie MacKennon (McKennon?) & played by Eilidh Shaw.

The Session sheet music says it's C major, but doesn't look or sound right.  I think it's more like C lydian to A mixolydian (?) - definitely sounds minor to me, in the B part.

@elcbk the version i play is shifting or modulating...whatever its called..from a modal or minor type sound to a major.  pretty sure the major was A.   cant remeber if A section was Bm or Em.  it certainly isnt staying in the same mode or tonal center...whatever...  theres a definite pull to major in my ears.

thats what i hear and not sure why thesession post and delete matters...unless to say they tbought the same and someone proved wrong?  i think the important thing is to use your EAR and decide.  it doesnt matter as much until youre sitting down trying to figure out the chord backing.  When you hear that happy to dark or other way round change... it can signal a minor to major switch..Another situation is if your trying to come up with a list of tunes by looking at sheet music maybe..  also the topic obviously a good talking point!! 😆

heres a version with chord backing that may help

its seems like later in the video the way he varies the playing it will switch back quicker. but initially you can hear a pull from moody to more bright mode.

not sure if that fits the definition of your topic.  and maybe youre looking for straight up key signature changes but i think the feel or mood can also be accomplished by mode switches within a tune.

I agree with you.

But the John Mock version is different & doesn't seem to have as much of a minor feel in the A part.

Like the the version you played & way you play it!