I'm supposed to be doing other things!

...but I ran across some Welsh tune names I had written down to remember, back when I 1st started playing my "Mortimer".

While looking for those, I found "Jamie Nemeth" (Welsh Celtic Fiddle Champion 2007)!

Here's one of the tunes I was looking for - "Morfa'r Frenhines"!

Oh, no - I've just fallen in love with another new waltz (new to me)!  Here's "Lliw Lili Ymysg y Drain" (The Colour of the Lily Amongst the Thorns).  He used a "Zoom Q2n" recording this.

I'm afraid some of these are going to the top of my list!

I hope some of you will give them a try.

I thought, what the heck, I love a waltz so I'm just going to take a stab at that 3rd video.

Fifteen minutes later, I pretty much had "Lliw Lili Ymysg y Drain" nailed - didn't even slow the video down.

So, I wanted to tell you all how easy it is, but thought it a good idea to find the sheet music, first.

My 1st stop is usually "The Session".  I found it there, but none of their versions match!  They are all Emin!

Unless I can't hear or my tuner is junk (both entirely possible) this video and what I'm playing is Amin!  There are no sharps/flats.

I want to encourage even beginners to try this because it is a very relaxing tune to learn & play!  If you are a beginner, just try it without the double stops.

If anyone is interested, I'll search some more for the sheet music.

very nice @ELCBK.  i liked the 1st tune (video) till about 1:45..not that the rest is bad just liked the first part.  the 2nd tune was my favorite of the three..

I very much agree to attempt and have fun with tunes.. explore different rhythms and chords/keys/tempos.  try different things and record yourself..work on what you dont like about it.  ive also found after practicing and recording..listening to it again the next day or so with fresh can be helpful.

I still have to find a couple of others, besides "Morfa'r Frenhines", that I jotted down to remember. 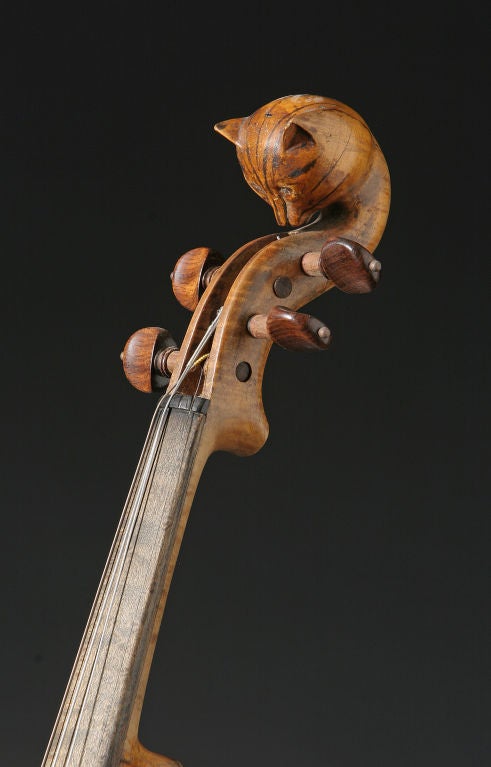 I found a couple more tunes I was looking for - pretty clean, not much ornamentation.

These 3 traditional Welsh tunes are performed by Oliver Wilson-Dickson.

They are all so mesmerizing, maybe a renaissance feel to them?  Or maybe Nordic influence?  Need to picked which to learn 1st!

I just came across the strangest set.  I was listening to Welsh tunes... and I've been trying to identify what it is I hear that's different in Welsh folk music - been suspicious about possible influence by Nordic music or visa versa.🤔

I thought the "Devil's Polska" was from Norway, not Finland - hmm... blurry music borders?

Btw, the last 2 tunes use the G string tuned up to A.

I'm supposed to be doing other things!

Today (er, yesterday), I've been learning "Cuckoo's Nest" (Casey Willis breakdown version in D).  I've been having a lot of fun with it, even though I can't quite play it up to speed.

Ran across what might be it's traditional Welsh origins - but found 2 that both translate to "Cuckoo's Nest"(?)

Found quite a heated discussion here.

Digging further, I would tend to think the minor key or dorian mode versions  (not the major) might be truer Welsh, from what I've heard so far of traditional Welsh music - anyone know about this?

"The Fairest One (Glwysen)" performed by "Amy Piano and Violin" YouTube site.

There is a wonderful Cello video of this Welsh tune by "The Wedding Cellist".

@stringy - have you seen this thread?

Thanks, @ELCBK! Great pieces, great videos! There is some I would like to learn.

I found a great video to help me understand more about what makes Traditional Welsh music different!

Here's some explanations with Rhodri McDonagh.

thanks for sharing that...i cant say ive heard much...or at least that i knew was Welsh.

Thought it was hilarious about singing to the cows/oxen to come toward the farmer for plowing - instead of yelling at them from behind.

...and selling Welsh cows to the English - who wondered why they couldn't be driven!

yes..that was funny...ive seen that before on one of the animal video tubes but didnt know the story.

Wondering if those Welsh farmers came over here to the New World and got burned at the stake for bewitching cows. 🤣

...wait a minute, THEY were the Puritans that settled here and burned everyone else at the stake! 😖

Or, did the Puritans only burn up other Puritans?  🙄

Sorry, I digress - back to Welsh tunes!

I forgot to mention that in another thread I discovered the large Welsh Community in South America was more into the singing traditions - not so much the fiddle. 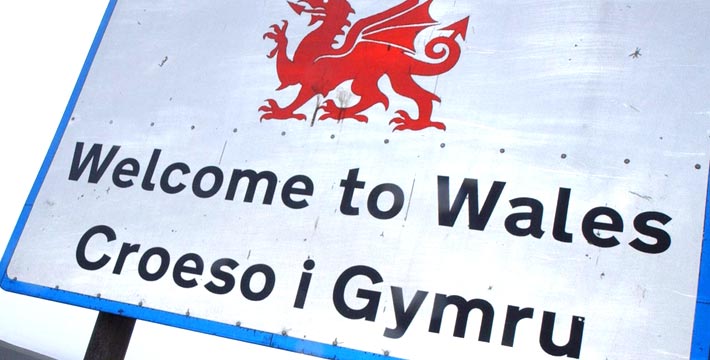 doesnt I See Fire seem Welsh?  from the hobbitt...movies.. yeah I know its Ed Sherridan.  whats funny is i was going to ask that in my last post but you gave me an opening in your last one i couldnt pass up.

Definitely sounds more like Celtic music than any of his other songs. (lol)

The definition of Celtic includes Wales.

Seems I was wrong.  I have seen the Welsh Crwth - in the doc about Welsh music tradition (in previous Post, no. 12)!

Plygain carols were long religious poems, which can be described as 'sermons in song', and frequently told the whole story of the salvation through Christ from the Fall in the Garden of Eden to his Second Coming, the Last Judgement and the joys of heaven; but they often had their musical origins in popular folk songs.  Some of the plygain meters are often complex similar to the ballad: often twenty or more verses.

In more rural areas, the locals would gather in local farmhouses to make a treacle toffee called cyflaith.  In 1830s Marford, they decorate the farmhouse with winter foliage such as holly or mistletoe, and in 1774, in Dyffryn Clwyd, they lit the candles at two o'clock in the morning and sang and danced to harp music until the dawn service. (Wikipedia)

Here is an instrumental version of one of these, with fiddle and maybe the Crwth - "Gwêl adeilad", performed by Cass Meurig.

Another beautiful Welsh Carol, "All Poor Men and Humble", performed by Harp & Holly.

Wales is well known for the origin of other Christmas Carols, still popular today - like "Deck the Halls"!

Think you can sink your teeth into this one!