Son Lagging Behind...I Think...?
Is my son on track or way behind?

So my youngest son is amazing with carrying a tune and can hum various classical pieces just off the top of his head, always perfect pitch.

But he is also behind his peers in various ways. Not intellectually - in fact he's top of the charts there - but he has ADHD and has some autistic-like characteristics (no autism DX). This appears to run in our family as his older brother is Classic/Kanner autistic.

So he (youngest, E) is in part-time special ed, part-time standard ed. Mostly, he has immaturity and focus/concentration issues, and his autistic behaviors.

This is the first year the kids could take a musical instrument - 4th grade - and it had to be either the violin or viola. E shocked me by coming home and announcing he wanted to play the violin. That's what motivated me to begin learning again, and I'm loving it though at times it's frustrating. Now, he has a rental violin (1/2, he's so tiny for his age) and I have one of my own (4/4).

He is having a VERY hard time. We are both having trouble memorizing the notes on the scale - no surprise there, that's what stopped me from learning when I was little. But he also just can't seem to get the hang of the bow and he SAWS it across.

They have a little holiday concert, how cute! I'm worried he won't be ready. We practice every school night - well, I mean I'm not practicing for the concert, LOL, but you get what I mean. I also practice on weekends but I don't force him. I let him have those two days off because I want him to love playing, not think it's a chore.

Is he way behind how kids normally are when they learn an instrument? He's been playing for a little over 2 months. Can't really sight-read the scale yet, but...sort of. Sawing away. o_o

All kids are different.

I am inspired by both of you.

I haven't had a lot of experience with children and teaching.  It seems to me that to saw it kinda hard in the beginning would be the norm.

Site reading the scale after two months would be great, but I wouldn't think he is behind if he can't do it yet.

I had a little block with site reading for a while when I was learning.. it was a bit overwhelming for me.  I learned to say the note outloud, later in my head.. later my mind would sing the notes by the letter names.  Not a traditional way, but it is how I learned.."

Maybe some flash cards could help too.

Good luck and I wouldn't worry too much about the progress he is making as long as he is having fun... if it is fun, then he will learn to do more and become motivated.

I don't have much experience with children as well, but coolpinkone's flash cards suggestion remind me of a blog I came across a while ago - http://practicemakesiteasy.blogspot.pt/

I liked the ideas so much I even send it to my teacher since she often has younger students. It has free flashcards, games and other material too. Hope you find it useful

@ElisaDalViolin what a darling website.  I can't wait to explore more on that site.  FUN Stuff.

Thanks, everyone. I agree, what a cute site. I am reading it now!

We were practicing Holiday Concert songs tonight and he has Mozart Melody/Twinkle Twinkle/ABCD pretty much memorized. I was happy to see that, and surprised. That's a good thing! He was much better on his bowing tonight as well, and then he wandered around the house just "winging it" to practice his bowing, LOL. Which actually sounded BETTER than the constructed songs! I want him to get the "feel" and to feel like he's flowing with the music. That's the whole point to music...IMO! (And only my opinion, I know.)

I'm not sure how quickly 9- or 10-year olds typically pick up violin skills, but I can comment a little bit about younger kids. My son started Suzuki violin last year at age five, and he is taking lessons at school. Each child has an individual lesson once a week, and they have less frequent group lessons. Last year they did a holiday concert at around three months after they started playing. The beginners demonstrated how to hold the violin and played a very simple song based on the first few notes of the A scale. Kids who had been playing longer were able to play more advanced songs. When they did another performance at the end of the school year, most of the young beginners were able to play Twinkle, but some were still working on Twinkle so they performed a pre-Twinkle piece again.

So, children definitely do learn at different rates, and that is natural and to be expected. I am sure the orchestra director at school will be able to select pieces so that children playing at different levels will all get a chance to perform. Sometimes they can even do tricks like have the beginners play an open A (or other open note) throughout the piece while others play the melody.

It sounds like your son is making great progress and having fun. I bet he loves it that you are learning along with him!

I would think that it takes growing kids a little while to gain the coordination to play the violin. Then add to that, that everyone learns at a different pace. So as long as he is having fun, I would think he's probably doing fine

For learning the notes, I like the idea of flashcards, I remember that they worked for so many other things in elementary school, so I bet they'd be great for learning notes, as well. Do they have the kids going through any specific music book?

coolpinkone said
@ElisaDalViolin what a darling website.  I can't wait to explore more on that site.  FUN Stuff.

You're welcome! I'm glad you liked the blog too

It's kind of hard to think of someone as being "behind", when they've only been playing a couple of months.  Music is largely a personal journey, and we are all different.

But what any individual may have trouble with is going to vary from person to person.  So it might be a bit premature to worry about his being "behind" this early in the game.

Is your son also getting private instruction, or is he strictly getting school/classroom instruction at this point?

E is only taking music at school, twice per week and then alternating weeks, three times per week. So, either M-W-F or T-Th depending upon the week.

He practices at home about five nights per week.

First off, I don't think your son is behind if he could play twinkle twinkle after two months. Like everyone else has said, each child develop at his/her own pace, learning music is the same. I have seen children (kindergarteners through sixth graders) going through Suzuki book 1 in great different rate (ranging from a year to two three years).

Every child has different learning style as well. I am sure the orchestra teachers, with their experiences, could help your son to move along. (I am always amazed how they teach so many student at the same time! )

As far as bowing, may be show him on youtube, take him to performances (I don't know where you live, some orchestra will offer free tickets to their concerts), point out to him that how the performers control their bow to make beautiful music. I think it is normal for his age to just want to saw on the violin, I have seen kids doing that and my daughter did it, too. But do let him know when he. I don't know if you mean if he hit other strings when he bow, if he does that, point out to him that, at the bridge, the strings are at different height, he needs to adjust the bow so it's only on one string. Hitting other strings is normal for beginners.

The most important thing is, and you are already doing it, is let him have fun and practice everyday.

We may try flash cards.

I appreciate the input very much, thank you, everyone who answered!

She also said she's moving the kids along faster than she normally would because she needs to prep them for their holiday concert...I don't think there was one for the 4th graders last year...? That surprised me as I thought they were moving slowly; they have still only covered the A and D strings. Every band day I've been asking E, "Did you move along to the G string today?" and he tells me no, not yet. But according to the teacher this is a pretty decent clip (the songs they're learning, during the past 2.5 months) and E is certainly keeping up and is memorizing placement so she's happy and I'm happy.

I have moved along to the G string personally but I don't make E do that and I don't know that he's conscious that I'm doing it. It's more along the lines of: the songs I've been seeking out also have notes on the G string, so...there you go.

I understand that G string is especially difficult for kids due to the angle at which the bow must be held. Depending on the teacher and method, it can take quite a while before G string is introduced. My son has been playing for about 14-15 months now, and he only started the D and G strings very recently. And that was only because he does an extra group class on Saturdays with a different teacher - his regular teacher has not yet started any from his cohort on the D or G string.

So I wouldn't worry about how many strings he is using; it's not even three full months since he has started to play. Depending on how his teacher does it, be prepared for it to possibly take months before he gets to the G string.

Suzuki book 1 for the first part of it, from twinkle twinkle variations to perpetual motion, is considered prep level, all those pieces are on A and E strings; from allegretto to the end is considered level 1 and D and G strings are introduced. As I said, most children took 15 months to 3 years to complete book 1. Your son only has two months lessons, so don't worry about it. When he and his group is ready, his teacher will let them saw on D and G strings.

In going through the same book with my teacher, she said when they use that book in classrooms, they go painfully slow, and spend a few weeks on small sections of it, where being an adult learner, she would give me large sections of it to work on in a week, and encouraged me to jump even farther ahead if I got bored. (I think we spent a month and a half in it before finishing?) So it sounds like he is going through the book at the right pace

Glad to catch up on this post and see all is well. 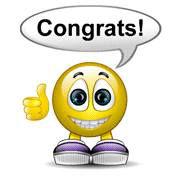