Ever Think About Playing Experimental Music

Ever Think About Playing Experimental Music
No, not mine!

Okay, everything I play is experimental. 😁

Meet Daniel Pioro: soloist, collaborative artist, and advocate for new and experimental music.  I mentioned Daniel was a featured artist in the film soundtrack for "Phantom Thread" - https://fiddlerman.com/forum/t.....s/#p129026

Horror vacui is the fear of empty space, usually in paintings. Children, and outsider artists generally, are liable to feel that a picture is unfinished if there's any space left unfilled. For music, I've focused on all the different ways there are to electronically create reverb and echoes, and translated them into the complexities of a string orchestra. Daniel Pioro's solo violin treats the orchestra like a big reverb chamber, triggering resonances, echoes and granular-style stretching of time that emulate how artificial reverbs work. Reverbs that range from the early 20th century, with amplified resonating strings, through tape echoes and analogue delays, to today's latest digital treatments that stretch and compress time.

Perhaps this comes across as an attempt to copy electronic music - in fact it's meant to be better. Only meant to be - I get to find out at the same time as everyone else which parts of it, if any, work (the only full rehearsal happened yesterday, and it's too late to change it now...) so it's a wide-open goal hubris. But that's alright. I love these sounds. I feel lucky and honoured to be given access to the musicians who can make them.

Sharing this Really Big Class - featuring Daniel Pioro.  Not experimental, but he shares some GREAT philosophy on practicing in this workshop, albeit lengthy!

In Physics, horror vacui is the belief there are no vacuums present in nature - there's always material to fill in any that may try to form.  I have several vacuums taking refuge in my house - they periodically get hunted down, captured, and enslaved for domestic work. 😊

Has everyone seen this?

...I've inquired about for 5-string instruments,

so waiting for a hopeful reply. 🙄

I received a reply from Digitaize -

Although our hardware is already prepared for the 5-string instruments we only have 4-string fingerboard sensors at the moment which can only operate on the 4-strings instruments.

it seems to me, if i understand what this device does, that you can digitize to midi already.   I can take a violin input in presonus and convert that to midi inside of presonus using meloydyne.

something else you can do is use guitar effects pedals inside of presonus.  stock pedals.  give it an electric guitar sound.

The device is cool..ill say that..but if youre wanting to do that sorta thing you kinda already can if you still have ypur spark and the software.

I just loved how everything was so compact, hidden under the fingerboard - hands & feet free...and reactive to movement.

Pretty perfect for someone, like me - with no mic on Edgar & limited physical mobility.

oh i missed the just phone part!  yeah thats a whole nuther game there!  very handy.  I was under the impression you made files either directly on computer in midi form or into a DAW.

Yeah, it's almost the cost of my instruments, but I'd probably jump on it - if Edgar only had 4 strings.

...wonder who else is working along these lines.  🤗

Great talk, by George Lewis, about his book on the "The AACM and American Experimental Music" - Library of Congress.

I think this may fall under experimental music - some interesting violin solos.

"Johnny Gandelsman: This is America" - An Anthology 2020-2021.  To start, Johnny performs his own transcription of J.S. Bach's Suite No. 3 for cello in C major, BWV 1009, then 5 of the project's 20+ newly commissioned Violin pieces from American & US-based composers.

This Is America - An Anthology 2020-2021 CD Foreword/Project Description

I reached out to presenters across the country, looking for commissioning partners. As more parties signed on, the project grew; 22 new works were funded, written, and recorded; rising to the surface were themes like loss and uncertainty, but also joy, friendship, gratitude, and love.

The process of getting to know these new works was illuminating. I found comfort in works I knew how to approach; others required skills I wasn't good at, or never tried before, pushing me into directions I never thought I'd be exploring, and at times stretching my comfort level to what seemed like it's absolute limits. My first reaction to those works was trepidation, and the old saying "you fear what you don't understand" rang in my head. I feel incredibly lucky to have had the composers gently guide me into their process, easing my worries with encouragement and allowing me to find my own way to bring their works to life.

More compositions from the Project and commentaries by the composers.

Notice Johnny plays a 5-string fiddle later on.  ...y'all are missing out. 🙄

Hadn't thought about it when I was younger, but wasn't Frank Zappa music all experimental (?)  ...and I never knew he used violin in his music!

Anyone hear of Zappanale?  It's a giant Frank Zappa Music Festival held in what used to be known as East Germany!  This July's was the 31st.

Frank Zappa with the The Mothers of Invention - "Dupree's Paradise" (1973)

Jörg Widmann may be a famous Contempoary Composer, but when a clarinetist writes this kind of music for a VIOLIST - it's experimental (IMHO)! 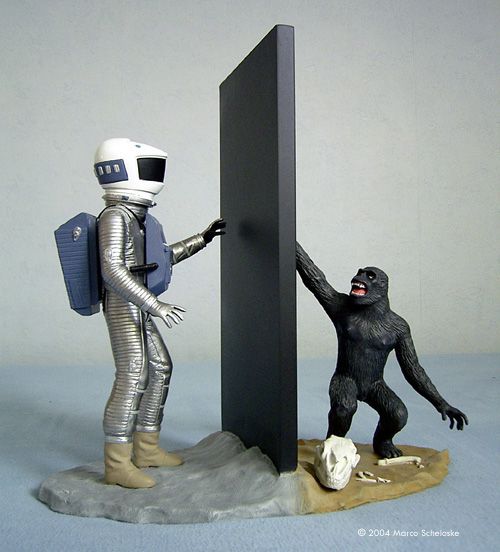