Your most amazing performances or really cool things that happened

Your most amazing performances or really cool things that happened

I am always inspired when I get to hear another musician speak about a performance that was magical or when something really profound/cool happened.  I guess this is in response to the topic about mistakes made while playing but I think we all can contribute something to bring a little bit of magic to another person.

I had to start this topic because of what happened to me tonight.  I have played in an orchestra in a convention center but playing in front of a hand full of people makes me shy.  So to get over that I have been taking my violin with me and practicing at our local community college while my wife is in class.  I am out in a corner of the "center green" of campus where people are less likely to be bothered by me relearning the violin, but has enough people around to help me get over my stage fright.  I find "The Minstrel Boy," one of my favorite songs to sing, in this music book I found in a $1 book store.  Feeling overwhelmed by the emotion I always feel when singing this song I begin to play with one earbud on.

Because of this I do not hear the group of campus singers and a man walk up and begin singing the lyrics while I play.  It was amazing!!!  Once I heard their voices I threw myself into the song.  Besides us there were maybe four other people that were in/around the green but they applauded.  I found out after the song that the group of college kids were part of the chamber choir and the man was a retired marine of Irish decent.

"The circumstances of ones birth are irrelevant, it is what you do with the gift of life that determines who you are." (Mewtwo, Pokemon the First Movie)

Wisdom can come from anywhere, make sure you use both ears to listen for it.

That's what it's all about. Happy story. I like your idea to overcome fear. We actually have several threads about overcoming fear but they are sometimes hard to find with all the other stuff here.

A few tips for playing in front of people.

Thanks for your story

Thanks for the great tips, FM.

For the first time, my daughter may perform in front of audience (I don't know how many) this Saturday for a fund raising event for her school, then for sure on 10/30 for the Holloween.

They had a rehearsal yesterday for the carnival, she quit after two parts; she was in tears because I think she really wanted to play in the studio class but she didn't know when to play which piece since I didn't know how they did it so never practice with her with piano accompanying.  So last night, I practiced with her with introduction before each piece and she listen to the introduction of each piece then play the piece. I still don't know if she is going to do it or not on 10/22. She is a very self-conscious child and cares a lot if she does well or not so I don't want to push her; however, one day she will have to take that step out.

I have been explaining to her about performing in front of audience and what to do on the stage, her teacher probably will go through those with her today at her lesson. 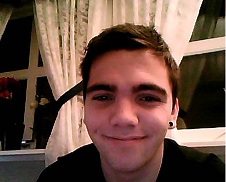 Hmm.. This is a tough one. However I must say that my most profoundly awesome experience as a musician must be when I was around 15. I was hospitalized with something called NMO. The outlook was not great. I had lost my eyesight completely. However I was released into my home not long after.

Around a month after the incident I was scheduled for a charity concert. And people were supposed to pay whatever they wanted to when it was over. I was one of three performers. I sung and played my guitar actually. I was second. As I have always been an easygoing person. I came in on stage blindfolded. And I walked straight for the mic. We had put a string of nylon between the entrance and to the microphone stand. So it was easy enough to get there. I started by saying "Well. This is my first public concert, and I am so darn scared of you lot. I have to play blindfolded just to avoid wetting my pants!" And I dragged it out for over two minutes just talking nonsensical BS.

Eventually I picked up the guitar and started performing. It went so-so. But the crowd was amazing. To days date I cannot fully comprehend what a great audience it was.

At the end I removed my blindfold and told the truth. "I did not come blindfolded for such petty reasons. That blindfold is my reality. I am completely black, and all that I can see is my own imagination. All the money YOU give today will go uncut to providing medical care to those in need. Focusing primarily on Africa. Imagine that you are ill like me. And you are living on less than $1 a day. You are dead weight for your starving and thirsting family. And of course you can't be treated. Because even if you had the money, there are no doctors around... Every dollar you give gives another family a chance. A chance at living. Would you see it fit to not sacrifice your steak dinner tomorrow, but instead giving a family a chance at life? Nobody is forcing you. But imagine the gratitude."

We raised a significant amount of money.

Two years later I visited the town we helped. If I ever saw real tears of joy. That was it.

Obviously I regained my eyesight later on 😉

Don't forget those in need! There is nothing wrong with going to the local mall and playing, and donating what people give you to charity. You lose nothing, gain experience, and someone else. Whatever you donate to get something amazing!

"Art, as far as it is able, follows nature, as a pupil imitates his master; thus your art must be, as it were, God's grandchild."

Oh. I should add that I am european, and that that was my one and only public performance thus far.

"Art, as far as it is able, follows nature, as a pupil imitates his master; thus your art must be, as it were, God's grandchild."