Anyway, found another little tidbit of interesting info - maybe pertains to "Freemount ByPass"?  I can't link to openmusictheory.com because it is an unsecure site, so I've quoted about "Modal Mixture".

My Post No.20 link touches on "Modal Borrowing" - this is more in depth.

If the root is altered relative to the home key, use a flat or sharp in front of the Roman numeral to designate the alteration: flat to designate lowered (that is, a semitone below normal), sharp to designate raised (a semitone above normal). For example, a le–do–me chord in a major key is ♭VI. (Again, alter the thoroughbass as necessary.)

If the bass note is chromatically altered, that must be reflected in the functional bass with a plus or minus before the numeral (as well as the square brackets). For example, if a passage in a major key incorporates a 5/3 chord over le (le–do–me instead of la–do–mi), the functional bass is [Tx–6].

good video..you may have seen already.

I have seen this!

It's GREAT for showing how chords can be used to modulate in a tune.

Going it over again made me realize how important modulation is - and really shouldn't be lost in a Modal Keys thread. (lol)

I edited and moved some of my posts and shared 2 of your videos over in your "Key Changing Video" thread.

Because of the emotional effect Modulation can have in music, this subject deserves more attention. 😊

so this shows some quick simple ways in presonus to experiment with the idea of chord/key changes.   worth a watch...

THIS IS SO COOL!

...my Medicare paperwork may not get finished. (lol)

Do I need to expedite my plans of a better laptop before I start playing around with this software?

THIS IS SO COOL!

...my Medicare paperwork may not get finished. (lol)

Do I need to expedite my plans of a better laptop before I start playing around with this software?

no need to EXPEDITE anything about this

But id make sure youve got your computer squared away first

just chatting.  it seems related to what youre interested in and have avilable already.

violin practice before any software stuff

I'm definitely drawn to music in the Dorian mode.

Here's a great table/chart & info from pianoscales.org for "Harmonizing Dorian Scales into Chords"!

I don't know why I didn't see this before - I knew there where some different scales/modes in other parts of the World... but THIS MANY?

Here's a great list with a bunch of info on each from pianoscales.org.  I first learned about a few of these at the Fiddle Hell Festival.

Here's a great table/chart & info from pianoscales.org for "Harmonizing Dorian Scales into Chords"!

the 2 desi serna books and this one are excellent choices for chordal type instruction for backing.

Thanx!  I'll have to get that.

Not just for backing, I'm always interested in how people add chords directly into tunes, also - even though I've barely started using double stops and some larger chords.

Thanx!  I'll have to get that.

Not just for backing, I'm always interested in how people add chords directly into tunes, also - even though I've barely started using double stops and some larger chords.

i know what you mean.  It seems like theres always more..more..more to try and digest.  The title for the celtic baacking book is a little narrow in my opinion.  it covers that well and is what its aimed at, but theres plenty in there that from a melody player point of view is useful.  My problem with books is that i read them when i cant grab a fiddle or guitar...and then when i can grab an instrument im practicing whatever it is im needing to work on for lessons...  so i have this book stuff vs technique or practical application of the information deficiency.   For instance on guitar i need to work on chord substitution and a more appropriate strumming for the celtic type backing.  really want to jump off into dadgad but theres only so much time..lol..

anyway...its not a long book and is a step by step to get up to speed on backing.   theres alot in there on the 4 modes common to celtic.  building the scales, chords,  how to determine what mode somethings in by ear..that kinda stuff.  a little on suggested strumming patterns...some good examples.  and its not overly lengthy.

looks difficult and Im also talking about the chart in the other thread!  No reason to not give them a go though.  Jason at fiddle head posted a swallowtail jig raga a couple years ago thats cool.

Thanx, I'll check it out!

Took me a long time to spit out some form of coherent, crash 😖 learning process to start on Indian music!

Just know the chart is there - I wouldn't think about it, for now.

Hope you check out the 2 song tutorials I posted - 2nd is cross tuned (not sure about the first) think all the sliding can be very... freeing exercise.

I've been having a lot of laughs, but I better get something recorded this week!

Forgive me - as usual I haven't read the whole thread, but my impression is that it's pretty complicated. I wonder if you can see the wood for the trees?

My impression is that the popular/useful modes only number 4 or 5 at most, including oriental ones, so perhaps if you just identified those 5 you could devote more attention to them?

Sometimes you make me wonder why I bother to write anything, but that's okay. (lol)

There's so much more to understand here.

Modal Keys can drastically change the way a piece of music feels - and music is ALL about expression. 🤗

Their unique qualities, how to mix them, where to find all the usable chords - all can help us better understand them as a tool for the moods we wish to create.

Hmm... which one might I chose for a Cat Critter Tune? 🤔

You seem to be combining Western scales and music theory with Eastern modes on the grounds that scales are a subset of modes. It's true in one way, but not true in another. You will get music theory books that deny that scales and modes are the same thing. Partly it's because F major and D minor are subject to all of Western music theory. Real modes aren't.

True modes don't change key - you often have, for example, drone instruments, e.g. in India. You don't change key when you have a drone. You have a phenomenon called "voice leading". Modulation is usually done a semitone at a time. In this Ponce piece in the Phrygian Dominant mode of D minor (A,Bb,C#,D,E,F,G,A, the notes of D harmonic minor beginning on the dominant) the chords sound like A major; and instead of key changes, you get a shift of a semitone up giving Bb, except that, as the notes are Bb,D,F it sounds superficially like going up a 4th to D minor (see "plagal cadences"), and the Bb is the supertonic of the original A.

The guitar's architecture lets you do this, and Western music theory can't explain it without a huge amount of complexity. David Bowie's Space Oddity begins with the chord of E (022100) and then the three stopped strings are raised a semitone leaving the three open strings unaffected (033200). It's the same thing. Doing this on such instruments doesn't require any knowledge of (Western) music theory.

I'm sort of screwing up your thread, but I'm trying to help by saying you can simplify it a lot by leaving Western music out of it.

Of course, if it's fusion you want, I've been innoculated against that.

Ugh, I see I responded twice on the last page. I don't want to read what I wrote.

The simple answer to "what makes modes different?" is, they haven't been Equal Temperamented, so they can't change key. They only work over one octave. If you want a higher octave, you repeat the first octave, but the frequency ratios only work within an octave not across octaves.

F major and D minor modulate because since the Renaissance a lot of work has been done on Equal Temperament. Get 2 octaves of C major and you can play A minor within them. You can't do that with an ancient Greek mode, and I assume you can't do it with an Arab mode.

Church modes have Plagal, Tenor and Dominant versions, but that's a different kettle of fish.

Appreciate ALL the info you have to offer & love when you get into the nitty gritty - more depth is better here!

Much to think about.

A lot of self-contradiction in those three words. Modes aren't scales, and they don't have keys.

(they wouldn't necesssarily be JI either - please ignore Pythagoras for the time being!)

I hope you'll understand why it's hard for me to agree with you, when in my very 1st post of this thread I linked an article from a University site accredited for Undergraduate and Graduate Degrees in Music.

Here it is again.

The tonic pitch being the Key, modality being the type of scale.

You may think I blur the lines - maybe so, but we always describe our tunes as Key & Mode (type of scale).

I understand scales are made up of intervals.

Intervals can also be squeezed and stretched, just like when you adjust to someone else playing - so why can't modes be Equal Temperamented?

Pretty sure I mentioned, in the Indian music thread, that the Drone is the tonic pitch/key of a piece - linked info about that and "Modes and Scales in Indian Music" (from chandrakantha.com).  Which describes the huge differences between the Carnatic and Hindustani System of Music.  Carnatic Sangeet even has chromatic scales that aren't allowed in Hindustani.

I would love more of your input in that thread. 😊

Modes and Scales in Indian Music

Should I assume you also disagree with the info I gathered/linked from pianoscales.org in posts No. 27 & 28 - "Harmonizing Dorian Scales into Chords" and info on Exotic & Altered scales?

If my link sources are bad, can you help me better understand why? 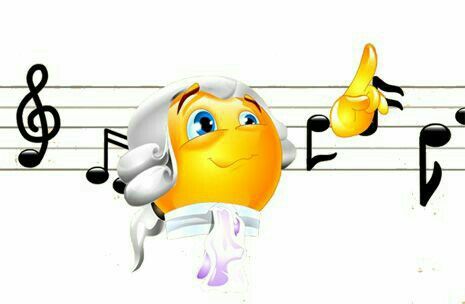 ...please, I'm definitely hoping for more discussion on this - from others, too.  I certainly don't want to be providing links to information that is deemed incorrect.

I try to link reliable info, as I am learning here, which isn't always 100% possible, so I'm always willing to alter or delete my posts, if need be.