Whenever I played on D and especially on G strings, when I played F E F or C B C I would reverse my fingering -- that is, instead of playing 3 2 3 I would play 2 3 2. I could correct it by practicing that phrase repeatedly. However, if I stop playing a piece of music with that phrase for a while, when I played another piece or go back to that phrase again, same thing would happen. So, Last Tuesday, when that same problem appeared again when I was practicing Gavotte by J.S. Bach measure 28 I paused and tried to figure out what was wrong with my mind.

I put more thoughts in it -- it is probably because in piano, higher notes such as notes above middle C are usually played by right hand then in that case ring finger plays higher notes than index finger. Or, it could be because most beginning pieces are in A major so we have more practice in A and E strings than on D and G strings.

Piano is the first instrument I have former training in, so the concept of ring finger plays lower notes than index finger was set and violin learning came much later in my mind so what was set in my early years is harder to undo (I don't want it to be undone when I play piano, though).

I have to say that at work I use my 10 key on the side of my keyboard.. and I also use the same hand for dialing.. and more than once I have thought.. DARN it... why can't the 10 key and the buttons on the phone be in the same order...

So what you are saying makes total sense to me..in a non musical way.

@pky I did almost the opposite. I started with the violin and had some piano lessons some years after. Actually I don't think it's a matter of how old are you, I picked up the violin when I was 6 and the piano three or four years after, I am not that sure, but I DID have a serious problem with the finger numbers. I mean, (1) would mean the index finger in my mind, and never the thumb...This whole thing combined with the fact that I practiced both instruments at the same time, made me completely reluctant to pay attention to finger numbering in piano lessons.

@coolpinkone  that's a nice subject. Computer keyboards originate from calculators, and it's interesting when it comes to theories about this difference with dial pads. What came to my mind, was that they were meant to be used in a different manner, calculators faster with many fingers, and phones slower, with one finger (especially if you think of mobiles, or the old circular dials). I think there are numerous theories and that we would never find out what's going on

I don't have problem with keyboard number pad (I don't use it at all, LOL) and phone pad - I don't have it memorized, nor the calculator - used it a lot in high school do solve probability problems and now only once in a while. I also don't have problem with the number of fingers in piano and violin, probably like hermes said, I ignore the finger numbers unless I really need it (e.g., like the new shifting piece that I am learning now), so finger numbers do not affect me much. Boy just the reverse finger direction that got me....muscle memory!

@Hermes, I agree with you that ages or when you pick up the instrument didn't matter!

Side track: Many years ago (about 16 or seventeen years ago) I had hepatitis shorts. The fourth booster shot was given a year after one completed the third shot. As I walked toward the lab for my fourth shot after one year, my muscle where it received the first three shots began to ach!!!

@Hermes - good point about the phones being rotary back in the day.

@pky  Yup. Sounds like what we are searching for. The human brain is just something magnificent we only begin to understand... And building chains of thoughts, reactions and reflexes is a must I guess.

Given that, it even seems reasonable that a different layout from the calculator could be introduced, just to ensure that calculator users wouldn't blow their phones up. However this isn't a 2015 issue anymore, and the problem still exists.

So...any app developers listening? I could make great use of a phone software letting us rearrange the phone layout...

Aha !  Been reading with interest.   When I first heard of the idea of muscle-memory as applied to the violin, I assumed the term was referring only to achieving good intonation - i.e. plant the finger in the same place, every time, within a sufficiently small degree of error so that the final fingered note is within a few cents of the correct pitch - largely un-noticeable to most listeners.   But then, I started playing viola, and indeed even my EV (which is "cheap, but nice") the nut to bridge string length is about 1cm longer than you would traditionally expect, and I very quickly "adapted", and can pick up and play any one of these different instruments equally well ( or, just as poorly ! ).   But the "muscle memory" thing IS still there, in the sense "knowing" that B->C and E->F are semitones, other intervals are full tones (and of course different gaps for some different scale types).

I kind of liken this to driving a different car - the generic layout is frequently "highly-similar" - what am I trying to say - oh - like the headlights dipper/flasher control is on the left of the steering column, and wipers etc on the right and so on - it only takes a short while to acclimatize yourself to the minor "physical layout differences" - although I must admit - not the best example - I've driven some pretty strange cars...

Interestingly as well, I have never thought of "fingering" sequences with specific notes being associated with specific fingers.  I come from a background of being "self taught" in music, and, almost subconsciously, whatever key I'm playing in, if I think of ANYTHING I tend to think of "do, re, mi" etc, just "remapped" to the tonic of whatever key I'm in.  If it happens to be a minor key, I base the "tonic" on "la" - so the scale in my mind is "la, ti, do, re mi.. " etc  and I just "know" that ti-do and mi-fa are semitone intervals.  But, more often than not, I'm just "listening" and using aural feedback.   The brain is a truly remarkable device !!

@Hermes - quote "So...any app developers listening? I could make great use of a phone software letting us rearrange the phone layout..." - well - here's an even better one if you want to really confuse your friends in the office - take a 'phone apart, and re-arrange the push-on-key-tops to make them read (left to right, top to bottom) as

In the office I did that, a couple of "often used" internal numbers were 133 and 166 - quite a few people would dial them without actually looking and key 177 or 188 - and quite a lot of folks were quietly going insane.. (as were the recipients of calls to the wrong number.....)

@BillyG  that's a great idea, comparing instruments with driving different cars. As you say, you eventually get used to it, and that would apply easily when we talk about stuff like the clutch pedal, the "hardness" of the breaks, rw to fw or the opposite etc...but what happens when you move from a left side steering wheel to a right side one (or the opposite of course)? I would personally freak out hehe.

Rearranging the rubik cube colours, is quite tempting I must say...

Haha, on my first visit to the States ( UK here ) - it was the first time I drove a car with the steering column on the "wrong" side, an automatic, let alone on the "wrong" side of the road....   took a couple of days to get really comfortable about it.   Some "road furniture" seriously confused me for a bit though - 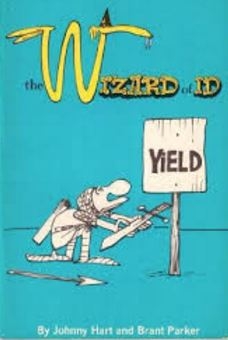 We are very smart over here Bill. We drive on the wrong side with the greatest ease.

I don't think I could ever steer the vehicle from the right side interior of a car.  It terrifies me actually.  When I get to Europe I will rely on buses and trains... I think.. who knows maybe Bravery will strike.

I've driven in Spain and Greece, which both drive on the right. The only real problem I had was reaching for the gear stick with the wrong hand and nearly opening the door by mistake. lol

Also, you have to think very hard when you approach a roundabout.

As far as instruments are concerned, I've never experienced any confusion as to which way to go to go up or down in pitch.

The piano is opposite to violin in that the pinky gets the lowest note, but the hand and body position is so different it's not an issue for me.

Stranger is the flute - the left hand is in a very similar posture to violin, and yet the pinky also gets the lowest note (as it does on the right hand) yet I have no muscle confusion due to that either. I guess you just use the appropriate algorithm in your brain for the instrument you are playing.

When I first started the violin, I actually found it almost EASY to visualize the spacing because I'd come from a piano. Of course, finding the exact finger placement is still tricky (even now - does it EVER get easier?!), but doing scales and playing by ear was far simpler I think due to my piano background. Lol, I really didn't like those lessons as a kid since I never really enjoyed piano, but if I ever have kids who are at all musically inclined I'll probably make them at least learn the basics of piano before graduating them to any other instrument.

In my beginning theory class at the local college, everything was taught on a keyboard.  We were even allow to use little blank key boards on our exams.

We learned Grand staff and our scales on the piano.