Hello, I am new here and new to violin, I have built a couple Dulcimer kits and have become interested in violins and how to set them up for best sound...I really like the overall look of the mv500/650 but can find no concrete difference between the 2 models...some say the 650 are just better flame on the back or maybe slightly better wood?...if anyone has experience about the difference, I would love to know!

It seems the 650 has not been made for some time but I do occasionally see a used one...I would be fine with a new mv500, but they come from a warehouse so the wood is "luck of the draw"...I would like to find one with tight grain on the front and stained quite dark and nice flame on the back...wishful thinking perhaps?

I also want to tinker with the violin I purchase...I hope over time to try better strings, better bridge, perhaps refit sound post and any other mods people have found to improve sound.

I know this will never turn into a Fantastic violin, and all the things I do over time will add cost that will never be recovered...but I enjoy tinkering and the original purchase price is not so high that I will worry about messing it up....so....If you like to try to get the most from your mv500 or mv650 I would love to here from you!...or if you have advise on how to find an unusually nice mv500 or mv650...I would also love to here from you as well...thanks!

@Hunterdude .  In my experience, the MV 650 was the best “bang for buck” of the entire Cecilio line.  Several threads on this forum expound on it, so I encourage you to find them with the search feature.

I spruced up mine with different strings (typically fiddlerman), knilling planetary pegs, and a 3/4 sized ebony tailpiece without fine tuners.

Thank you Sir!....I did find a couple older posts mostly favorable....I am so new to this forum that I am still unsure if my search looks at the entire forum or only one section at a time....I will work with it more and see what I can find.

My first violin was a MV650 some 8 years ago.  I had ordered a MV500—but what I received was labeled MV650.  Other people have talked about ordering a MV500 & getting a MV650 on the Internet—so I don’t know if it is just a labeling issue, or if they are really two different models.  I sold it a few years ago, but I was happy with it starting out as a beginner.

When I first got it, I had to re-position the bridge, but the feet fit well, so it may have just been a shift during shipping.  The sound post appeared to be positioned properly—I never thought to try changing its position because it seemed to be good where it was.  The pegs worked well (not slipping or sticking), as did the fine tuners.

If you buy the MV500 outfit, the shoulder rest that comes with it is bad; I tried the Kun and the Wolfe Secondo for a while.  I think anything other than the one that comes with the outfit would be good.    Comes with two bows—one of the ones I got was crooked, but the other one was ok to start out with.

I tried a variety of different strings on it—I had Infeld Reds on it for a while, but they are probably a little too mellow for it (at least the one I had).  Fiddlerman’s strings are probably a good choice. 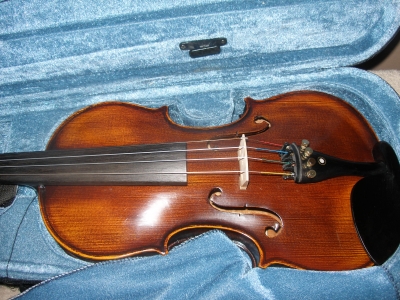 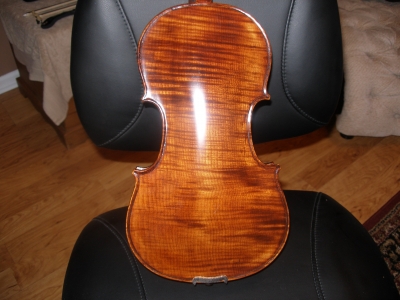 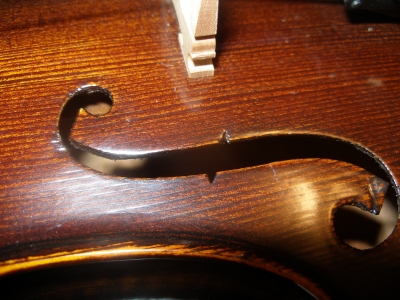 Thanks for responding!... Your report is pretty spot on to most of the reviews I have read...alot of folks seem to go for Prelude strings for decent sound...those on less restrictive budget go Dominant or there is another brand of premium that others liked but the name escape me just now....I am happy for the input.

I am dealing on a used mv650 right now...if that deal does not go thru I am wondering if there will be any "Black friday" specials on the mv500 set?...the current price is not really a problem but if I can get a deal it's easier to justify spending the long dollar on strings....it seems strings make more difference in sound than almost all other factors combined from what I am reading...although several highly recommend a better bow as well....I am looking forward to the journey!

It is stained very dark (I like) but hides the grain...I will post photos when it comes because the auction photos where poor....it appears to have a plain-ish back and maybe average wood on the front...but looks to be in good shape...anyway, it will get me fiddling and if I find a nicer one I can always flip this one at a later date...cant wait to start tinkering to see how it sounds!...thanks to all who posted!