Besides intonation, Musical Phrasing should be THE 'PHRASE' on EVERYONE'S mind!

We are all concerned about playing notes in tune, but 'phrasing' is really a matter of LIFE, or DEATH, for our music!

If you don't know what Musical Phrasing is, here's a GREAT, SHORT video by David Hartley,

Musical phrasing is the method by which a musician shapes a sequence of notes in a passage of music to allow expression...

A musician accomplishes this by interpreting the music—from memory or sheet music—by altering tone, tempo, dynamics, articulation, inflection, and other characteristics.

A phrase is a substantial musical thought, which ends with a musical punctuation called a cadence. Phrases are created in music through an interaction of melody, harmony, and rhythm.

The bow can express the affections of the soul: but besides there being no signs that indicate them, such signs, even were one to invent them, would become so numerous that the music, already too full of indications, would become a formless mass to the eyes, almost impossible to decipher. I should consider myself fortunate if I could only get a student to hear, through a small number of examples, the difference between bad and mediocre, mediocre and good, and good and excellent, in the diversity of expressions that one may give to the same passage.

The World of Bowing Possibilities! Thread
Bowing for Dynamics Thread 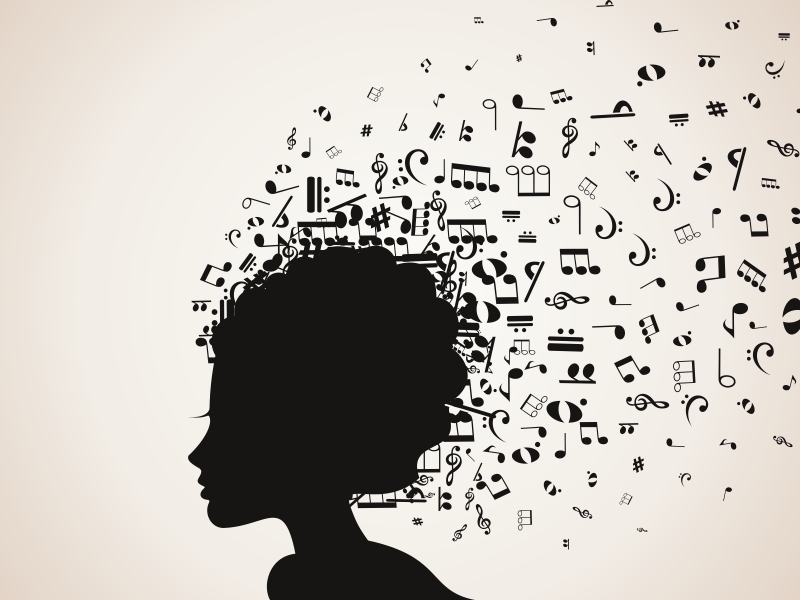 it's all just a scattering of notes. 😞

When I read through this I thought of this video.  So cool how he fades the notes at the end and how he uses dynamics.  Like theres breath between phrases...ive been meaning to get back to give this one a go again.  The sheet music is up top in the menu for it btw for those interested.

Its difficult for me to think about the dynamics and phrasing when trying to play..so much is involved in just playing the notes that ill get tunnel vision on that part and forget about the other.  I think when Ive gotten the notes really well cemented and Im just relaxed with a tune and not really practicing....Definitely not reading off a sheet....and just playing with the tune that the phrasing and dynamics start to come out...such that they are for me now.  I mean that compared to when trying to learn something or dont really have it down yet.

Another thing is I probably try to move on to the next tune in the list way too soon and should really spend more time on what youre talking about here.  This past year Ive tried to spend more time on tunes individually before moving on.  Spending time to commit to memory.  I know thats more of a folk type thing though for the most part

Outside of the type of music Im playing..dynamics are notated on the sheet so learning in a classical style.. maybe helps teach that from the get go?   Id say an advantage there..not saying easier by any means..you still have to DO it

good topic!  something Ill keep trying to work on for sure!

Fiddlerman sets such an EXCELLENT example for 'phrasing' in that tutorial!  ...in ALL of his tutorials!

Sommarpolska was my very FIRST Swedish tune!  ...even though I couldn't play it very well when I was by the edge of the lake, last year - getting blown away in the wind & water spray. 😒

I believe IT'S EXTREMELY EASY TO OVERLY FOCUS on something - like reading sheet music, among other things, and 'not see the forest for the trees'.

Anything played without 'phrasing', is lifeless.

Maybe learning 'phrasing' should be like training to become a Theatre Actor/Actress!  They have to learn many ways to PUSH EXPRESSION beyond what might be deemed 'normal' - to convey a clear and interesting portrayal of emotion to the audience.

...how many different ways can YOU take a breath - or, read a line OUT LOUD from a great novel? 🤔

I feel VERY strongly that 'phrasing' should be taught AS EARLY AS POSSIBLE - emphasizing it's importance, right from the start!

LEARN ALL THE WAYS YOU CAN EXPRESS YOURSELF IN YOUR MUSIC! 😲

Ms. Bernice Ooi from the Royal Swedish Orchestra - on phrasing with off-the-string bow techniques (tips for Mozart's Symphony No. 39).

A simple double stop?  ...on STEROIDS!

100 Different Ways to Play a Phrase!

Believe it or not, last night, before I had read any of this thread, I had a dream that I had to play a whole line of quarter notes on one bow, but when I checked the conductor's score, he had the phrasing written out explicitly!

These 2, VERY SHORT "Violin Perspective" videos, by Valentin, are GREAT for YOU, Your Violin AND YOUR SOUL! 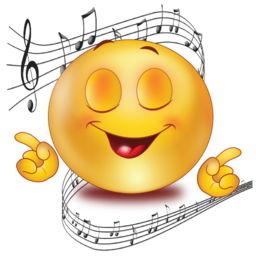 I’ve been working on this piece—definitely focused on phrasing.  Lots of stuff going on with the bow.  Could do better if I did the 40 hour Ling-Ling, for sure.

Here's a wonderful tutorial from Mia Marine, where she discusses accents and the phrasing for common "16th Note Swedish Polskas" like her beautiful, "Farängladagen" (Travel Day of the Angels).  'Agogic' - notes are stretched beyond their time value. 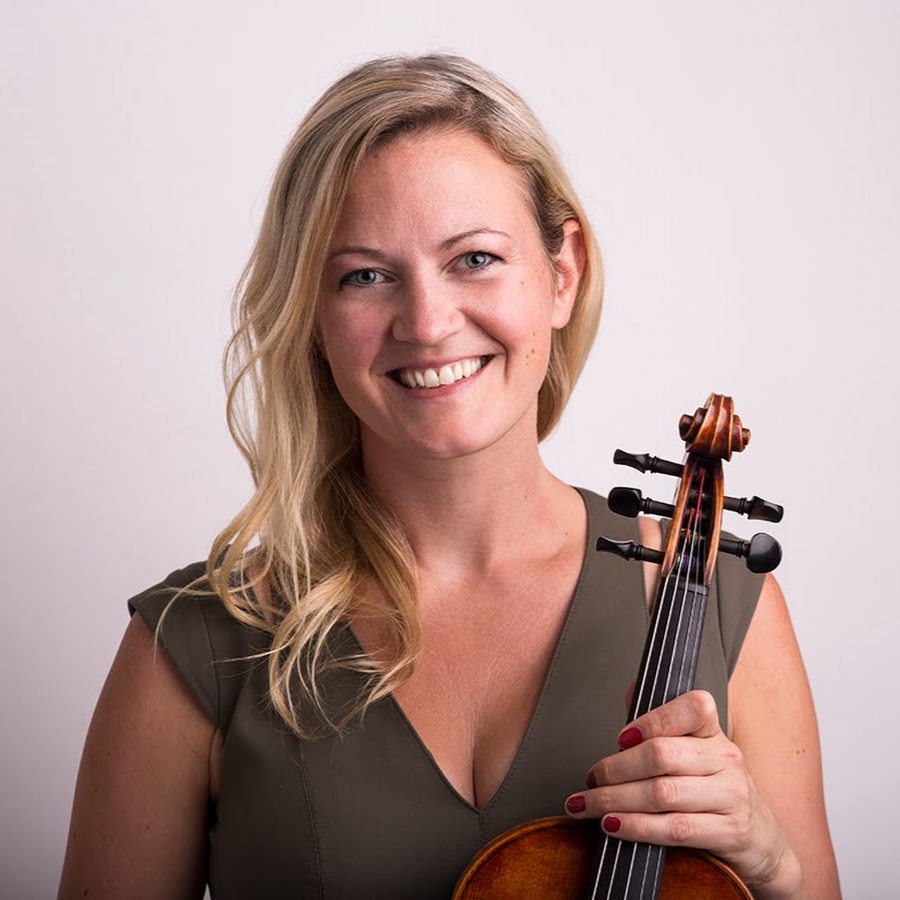 Mia Marine plays a 5-string fiddle!  She is a famous musician, composer & teacher.

I’ve been trying to keep phrasing in mind while practicing , along with everything else! I came across this video from Mary V who I absolutely love !!

I'm sorry, but IMHO Mary V is a bit too vague.

She talks a lot about lightening the pressure on the bow - but doesn't say when you should do that or how lightening the bow or changing speed at different places within a bow stroke can be effective.

IMHO saying, "loosen yourself up from the tempo", "think about the sound that's happening", "go up & down with the music", "refresh your ears", etc.. - all tell me nothing about how to actually go about phrasing a piece of music.

Katie M said
I’ve been trying to keep phrasing in mind while practicing , along with everything else! I came across this video from Mary V who I absolutely love !!

@elcbk i actually thought this was great and very helpful explaining how to vary sound with bow to get phrasing.   how she talked about lightening up bow pressure and speed is great.   i think her playing is the example.   the loosen yourself up to tempo and stuff.. idk...i thought it was good.   guess it all depends on what youre expecting or looking for in the way of video examples.    i also like her soft spoken presentation.  easy to listen to. 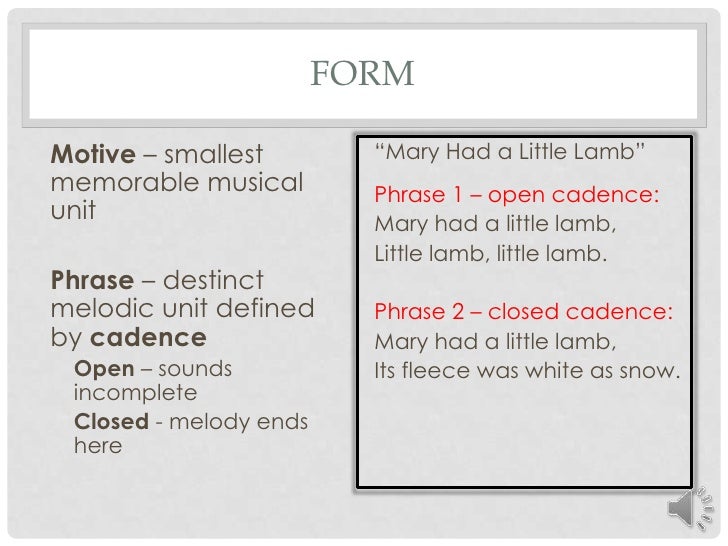 Reading "Phrases" & "Sub-phrases" in music (and literature) is all about the interpretation of TIME, using ACCENTS, with overlapping aspects of DYNAMICS & TIMBRE.

When reading aloud, we change the pitch of our voice, change from soft to loud, vary speed and punctuate with silence or a breath, etc... all to engage our listeners.

Music is similar, the end of a phrase can be a 'rest', but gets it's resolved/finished feeling from the functions of it's last couple of notes, the last couple of Chords - making one of several kinds of CADENCE.

IF YOU ARE ABLE TO HEAR THE MUSIC PLAYED, then you can probably hear the end of a phrase without knowing any Music Theory.

Traditional Folk Music has specific phrasing traits associated with each Genre, but there's still room for expression.  Most learn from watching/listening to get acquainted so much the 'the norm' becomes apparent.  Most times there is NO guidance from any sheet music.

Classical Music is known for using a whole slew of markings, symbols and words to annotate phrasing, including; rests, slurs, ties, pizzacato, many for dynamics, etc...!  These are laid out by the composer or arranger, and (I believe) any interpretation lies with the conductor when playing in an orchestra.

Two VERY important terms - 'Rubato' can be a type of 'Agogic Accent' - when describing stretching a note, then cutting the time of the next, to make up for it and the freedom to do it at your will (there's also another type of Rubato).  There are 2 other types of Agogic Accents - 'Rhythmic Placement', playing a note slightly early/late for effect and also just having one long note, while others are short & even.

"The Rule of Rubato" by Vi Wickham.

There is a more common, freer form of 'Rubato' - from Hello Music Theory:

What Is Rubato In Music? A Complete Guide

The modern or more commonly understood type of tempo rubato, as seen with composers like Liszt, is more flexible in that it stretches and contracts time, speeding up and slowing down without reference to the marked time of the score.

Both the melody and the accompaniment are stretched and shortened to achieve the desired effect.

The more modern form of rubato, used with exquisite taste and sensitivity, is ethereal in quality, whereas used to excess, it destroys the fabric of the music to the detriment of the performance.

...you don't need to know guitar to understand this article & video!

Btw, I have found that traditional Nordic tunes typically use an Agogic Accent at the end.

If you know the basics of Meter & Time Signatures, skip to 7 minutes into the video.

Inflections, Accents, Ornaments - are all important means of expressing traditional folk music as well as interest when improvising - they are part of PHRASING! 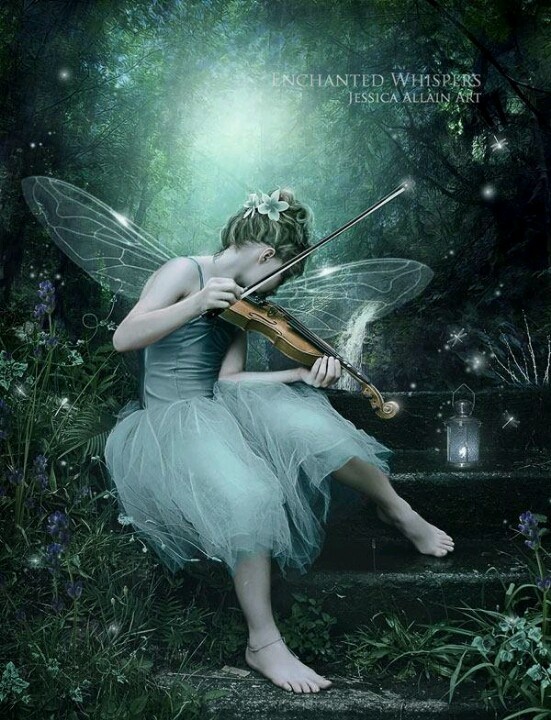 I thought Mary V was very mesmerizing to listen to - so is her playing!

BUT, if I had watched Mary V's video as my introduction to phrasing, I'd be looking around my room wondering when my Fairy Godmother was going to pop in and sprinkle magic phasing dust all over me.

Agreed about Mary V abitrusty, I also like how she comes across. After watching a load of violin vids I’m getting fed up with the constant pauses and waffle. I just want the info. Mary v does a good one on sound and a different phrasing one ( I posted the wrong one) but anyway I can honestly say after watching mary v my playing has stepped up a gear …. I think ! There are ones on vibrato as well.

I'm so happy that you guys realize how important phrasing is.

For me, it ALL began HERE:

Phrasing can make your performance special. To phrase is to do with music exactly the same thing you do when you tell a story or communicate language expressively. Use dynamics and expressions to convey your feelings about a piece of music. Some of the ways of phrasing are moving tempos forward or slowing down, making crescendo’s (getting louder) or diminuendo’s (getting softer) show direction or emphasize certain vital notes. Very often the traditional way to phrase in music is to get louder as you go up and softer as you go down in the scale but this is not a rule. Singing the piece in your head as you play helps understand how it should be played.
Exaggerate dynamics and make every single note count. Sometimes we feel as though we are playing dynamics but in order for others to hear them, we need to do much more.

I often ask my teacher to demonstrate phrasing.  I'll ask her to play a passage, & she'll play it, and then I say, "Ok, wait, how did you do that?" dissecting what she is doing with the bow, hand position, etc.,

As I'm finding in my practice right now, it can take some experimenting to get the sound in my head to come out of my instrument.  Right now, I do find I have to feel like I'm exaggerating (the way Fiddlerman describes above) dynamics to make them come out right.

Thanks - I agree with you about exaggerating.

Think my Grandmother knew the secret - she was overly dramatic & I loved it. 😊