Chin Rest for an Old, Bearded Guy
Looking for recommendations and discussion on this topic.

As an older denizen of this fine forum, I'm finding that the stiffness in my neck creates problems and so on the Cecilia 16" Viola that I have, my chin rests directly over the tailpiece. In addition, the beard that I sport slides around a lot.

I've been looking at the Gel Rest on Fiddlershop as a partial solution. Although a new chin rest is not out of the question.

Here is a picture of my viola for reference. 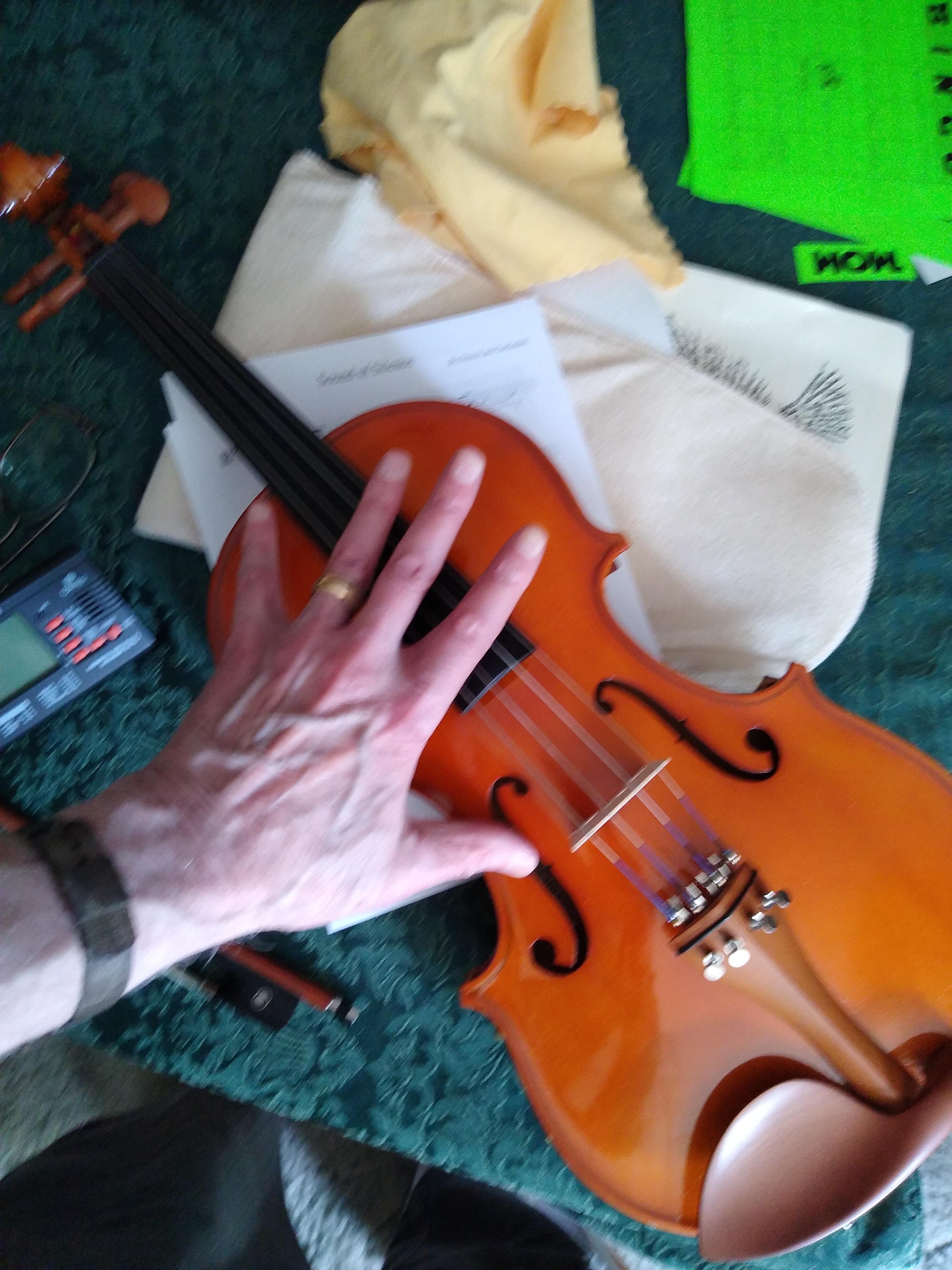 1) Is that considered a Strad chin rest?

2) The description is that it is maple. Which color gel rest would most likely match, rosewood or boxwood?

3) Will the gel rest slide less with my beard?

4) Would something like the Wittner Augsberg Center Mounted Viola Chinrest with added gel rest be more beneficial?

Any help or guidance would be appreciated!

I believe that is the Guarneri chin rest. It typically comes on violins and violas by default. De fault might be that maybe it is less expensive and/or easier to come by. LOL,

I really can't help you, as far as what chinrest. Everyone is different. I generally gravitate to the center, but am more or less in between. I have center mount chinrests and side mount. I generally get the ones that cover both areas as much as possible.

A lot of people have had luck with the gel. There is also a cover you can place over the chinrest, not a gel form. I am wondering if a piece of leather on the top would help keep you from sliding. I thought I saw a chin rest cover that actually did look like leather. I can't remember where I saw it. Maybe it was on Fiddlershop's site.

Maybe a more aggressive lip that will get under the jaw more. For me, that really hurts and would cause jaw issues for me if I used am aggressive grip chin rest. I have to use the less aggressive shallow cup.

I know Gillette would have the solution for the beard slipping on the chinrest. 😂😂🤣🤣🤣😂😂🤣

Maybe you can find. video of a bearded guy playing a violin and get a peak at his chinrest, if the video has a spot where his chin is not on it.

@Mouse - Thanks for the feedback, I hadn't thought of the more aggressive chin rest and may have to consider that and I'll have to look for a hirsute violinist/violist video. Good ideas. Also, I may try some temporary covers of varying materials to see if makes a favorable difference.

I know Gillette would have the solution for the beard slipping on the chinrest.

After 40 some years of having the beard, I'm afraid Mr. Gillette or his cronies is not the answer. About 30 years ago, I shaved it off when joining Civil Air Patrol and my wife was appalled! Neighbors didn't recognize me, and I never shaved again! lol

Maybe a piece of an aggressive non-stick rubbery shelf liner? Just thinking outside the box here. Sometimes it results in good ideas.